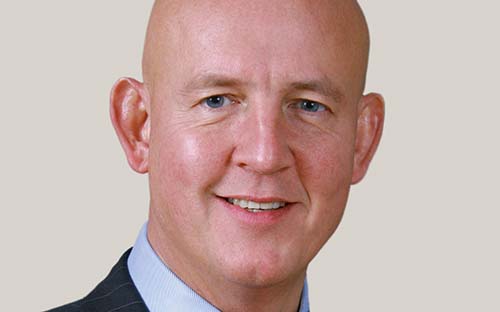 Active management and sub-advisory mandates are helping medium-sized firms like Investec AM (soon to be renamed Ninety One) survive the ongoing ‘fund cull’ as distributors gravitate to larger managers.

A purge is going on in the investment funds world as distributors across the globe increasingly turn to ‘guided architecture’, offering fewer funds from a reduced buy-list of asset managers.

In an industry where mega-managers offering every fund flavour under the sun dominate, smaller firms need to specialise to survive, says Investec’s Richard Garland, head of the firm’s global adviser business.

Across the board, he says, distributors and private banks are reducing the number of managers they’re working with and closing down funds on their platforms.

Some of the large private banks, for example, have very small focus lists, which may contain 30 funds or fewer. Private bankers or relationship managers can only offer clients the funds on these lists.

Gone are the days of having options aplenty on a platform, Garland says. Smaller boutique managers and medium-sized firms don’t always make the buy list, which puts a lot of pressure on them to achieve economies of scale in an industry where fees are intensely scrutinised.

“It’s a winner-takes-all market creating an environment where the big get bigger,” he explains. “In the long run, if you’re a distributor, no matter what type of entity you are, you’re going to want to work with a smaller number of managers, but that means you need to work with the managers who have got large funds.”

Regulatory pressure, embodied in the UK’s Retail Distribution Review (RDR) and the EU-wide Markets in Financial Instruments Directive (MiFID II, which is roughly equivalent to RDR from a fund-distribution perspective), have helped create an increasingly competitive environment that sees firms slashing fees. With rebates to fund distributors banned and commissions under greater scrutiny, distributors have had their business considerably disrupted and distributors are concerned about concentration risk in the funds that are gaining the most flows.

The trillion-dollar club
“Only the big funds get chosen by fund selectors, so there is this herding effect where they all choose the same big funds. The market becomes dominated by certain big firms and the end investor ends up with less choice,” says Garland. Because of this, smaller asset managers have to be more focused on who they work with.

Investec Asset Management – due to be renamed Ninety One in the new year as a result of a demerger from its banking parent, Investec Group – manages around $151 billion (€137 billion) globally.

“As asset managers, we have to concentrate our firepower on the right distributors and not dilute what we do,” says Garland.

As the industry consolidates, an advisory model of providing niche investment expertise for a premium is one way for specialist, smaller firms to stay relevant in an ever-changing market.

Sub-advisory work – whereby typically an asset manager manages a fund created by the distributor and marketed with the distributor’s name – is emerging as a popular business model and enables distributors to offer clients lower costs. It should help medium-sized firms to compete with mega-managers.

“It becomes a slightly different way of delivering a product. Instead of you selling your own fund, you’re sub-advising someone else’s fund and they have a whole distribution network that you can tap into. It’s a different way of reaching the end client.”

For Garland, working at one of the bigger firms would be the end of the world as he knows it, he says. While larger managers offer all kinds of flavours, they may not always meet investors’ needs.

Smaller firms, he says, although they will never be fund ‘supermarkets’, are agile enough to navigate markets and offer investors a more tailored solution in key strategies.

Companies with €200-300 billion in assets under management have to focus on what they do best and focus on generating alpha. “It’s as simple as that,” says Garland.

Investec concentrates its firepower on active management. As such, it constantly seeks to outperform rather than replicate market indices, he adds. “As long as you can do that, and offer clients the solutions they demand, you can survive and grow.”

Passive restructure
But the growing trend towards passive poses another threat, he says. The asset management industry is undergoing a fundamental structural change.

Almost half of US mutual funds are passive, while private banks invest around 20% to 30% of their client portfolios in benchmark trackers, according to Garland.

“Passive is there for different reasons, primarily because there’s a certainty of cost. Investors know what they’re paying, and in some cases they’re paying zero for a tracker fund,” he says.

Active management carries its own premium for clients. To compete against shrinking fee structures, firms that focus on active, have to perform in a way that proves their worth.

“You have to be different from the benchmark,” he says. “You need asset classes or investment styles which cannot be indexed away.”

Emerging markets fixed income is not an asset class where passive generally thrives. Bonds in this asset class form an area that is well-known for market inefficiencies, plus emerging markets in general suffer from a lack of analyst research.

Active strategies in the emerging market fixed income world should have an opportunity to differentiate themselves from the herd, Garland says.

However, tracker strategies such as exchange-traded funds are “no bad thing”. This doesn’t mean a client’s portfolio should be solely passive, but fund selectors should look hard to find those active managers who outperform benchmarks, rather than defaulting to the easy choice.

Many observers expect actives and passives to be used as complementary investments in future and within this model small and mid-size active managers hope to demonstrate enough alpha to gain themselves shelf space.