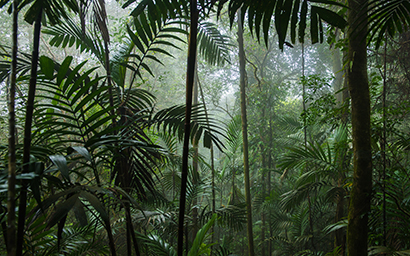 If there’s one crucial global issue that fund managers are central to, it is ESG. Responsible investing is emerging as one of the largest investment trends, including in emerging markets. Fiona Rintoul reports.

Is it nice to be nice? Well, it can be, but recent research shows investors are still sceptical about whether being nice – or doing good – is compatible with financial goals.

Despite regulatory pressure and years of chat about how environmental, social and governance (ESG) investing is entering the mainstream, doubts remain about ESG’s value, even in an environmentally conscious market such as Germany. Recycling is one thing, but it seems investment is quite another.

“Germans are very aware of environmental issues, but the financial world is completely different,” says Robert Hassler, CEO of Oekom Research, a Munich-based sustainable investment rating agency. “Many really responsible decision-makers in the finance industry still doubt that doing something good can be profitable.”

German decision-makers are not alone. ‘It still makes you feel good; it still makes you money’ is the title of a new report on ESG investing from Hermes Investment Management, but only 48% of the institutional investors it questioned for its annual ‘Responsible investing & the persistent myth of investor sacrifice’ buy this vision.

More than half are not convinced by the premise that integrating ESG factors produces better returns over the long term. Why the continued scepticism?

Well, first, you could argue that 48% isn’t a bad number. Ten years ago, the number would’ve been about 25%, says Jon Hale, head of sustainability research at Morningstar. “If it’s half now, that’s a glass half full,” he says.

Second, institutional investors may not be looking at ESG from the same point of view as asset managers, posits Louise Dudley, global equities portfolio manager at Hermes. They may be confusing the modern approach to ESG – “a systematic inclusion of ESG to be in a better position to identify risks but also opportunities”, according to Hassler – with earlier approaches, such as socially responsible investing (SRI) and ethical investment. These, typically, were values-based and emphasised exclusions.

“If you take the view that there’s an investment universe and you’re going to halve it, then obviously the opportunity set is smaller,” says Dudley. “However, the majority of people are integrating ESG in a more intelligent way, looking at materiality.”

Material difference
Materiality is the buzzword du jour in ESG. If ESG criteria are applied across the board regardless of materiality, then certain sectors may be excluded – and that could have a negative impact on performance, observes Eric Moen, global head of ESG client coverage at MSCI. “If you focus on material issues, that makes a difference,” he says.

A nuanced understanding of exclusions is required, according to Euan Stirling, global head of stewardship and ESG investment at Aberdeen Standard Investments. Concerns about concentration due to exclusions ignore how indices are put together, he says.

“Perhaps as asset owners, we should be a bit more discerning. If people are nervous about removing certain stocks from the investment universe, they should think about who put them in there in the first place.”

But these refinements and changes take time to filter through the chain of intermediaries in the asset management industry. As a result, financial intermediaries sometimes perpetrate an outdated view of ESG, believes Hale at Morningstar.

“Financial advisers and consultants internalised the message from when there was a widespread impression that it was an underperforming way to invest,” he says. “ESG is quite a different thing today.”

Understanding of ESG also varies quite a bit according to investor size, with larger institutions much more likely to understand and accept the case for ESG than smaller ones. Size also affects the solutions that investors choose, as Tegwen Le Berthe, head of ESG development at CPR Asset Management, has found in France – the first country to introduce mandatory climate change-related reporting in 2016 and now one of the most advanced markets for ESG in the world.

“Smaller players are lost,” says Le Berthe. “They’re not looking for a deeper understanding. They just want us to provide something that fixes the problem.”

Perhaps acceptance of the case for ESG is just a question of time. Perhaps there will always be naysayers. For his part, Hassler is encouraged by the fact that those who start ESG integration usually stick with it.

“I don’t know any example of an asset manager or asset owner who has stopped integrating ESG criteria once they started,” he says.

In the past couple of years, globally accepted standards have also pushed the discussion in new and more fruitful directions. The Paris climate accord and the United Nations sustainable development goals (UN SDG) have provided a universal framework for ESG investing. “Until the UN SDG were released, ESG was always a bit abstract,” says Hassler. “Now the discussion is on a much more concrete level than it was a few years ago.”

Developments such as impact investing also help to make ESG more accessible, particularly to a retail audience. “There is a more direct link between the company you are invested in and what is produced,” says Le Berthe.

A working group in France is analysing impact investing and how it can be integrated into portfolios “in a smart way”, says Le Berthe. One issue is whether to base impact investing on results or forecasts. For now, it is mainly based on results. However, a greater role for forecasts would be good. This takes us into the territory of engagement, which is also expanding.

Trump’s scepticism
Still, acceptance of ESG remains topical. One very powerful man in the world – the president of the United States – doesn’t believe in one of the main tenets of ESG: climate change. As a result, the mighty US is an outlier, says Hale, having opted out of the Paris agreement.

However, President Trump’s stance on climate change seems only to confirm the limits of presidential power. Across the US, corporations and even states are moving in a different direction from Federal government.

“In the investment industry, we only see continued interest in and demand for ESG from a materiality perspective,” says MSCI’s Moen.

The experience of Oekom Research in the US market is instructive. The firm opened there 18 months ago as an unknown and has five clients.

“We see really strong interest in sustainable criteria, especially from investment foundations, churches and smaller asset managers,” says Hassler. “Our experience in Europe also fits from the US perspective, as investors recognise that Europe is much further ahead in this area.”

Larger investors are following a similar line, according to Hale. Although a whole segment of the US population doesn’t believe in climate change, mass-market asset managers see it as their fiduciary duty to take it into account, although that could alienate a lot of investors.

“To me that shows how convinced they are,” says Hale. And their conviction is only likely to grow. An MSCI-sponsored investigation of ESG metrics by academics showed that ESG adds value. But more important were ESG momentum factors.

“For companies moving up the rankings, there is strong evidence that looking at these long-term investment factors does add value,” says Stirling at Aberdeen Standard.

This helps to explain why ESG investing is spreading across the globe, despite the US Federal government’s stance. In Japan, for example, gender diversity is an increasing focus for many companies, driven by the Japanese Government Pension Investment Fund’s recent decision to award two ESG mandates, one of which concentrates on gender diversity.

“That was a game-changer,” says Moen.

Turning the tables
In emerging markets too, ESG investing is on the rise. Emerging markets companies know they are competing with those in developed markets and need to respond to ESG issues to remain competitive, says Dudley. This can give them an edge. Where there is no existing framework in place, they can leapfrog developed countries.

“The level is less but the scope for improvement is more,” says Dudley.

Increasingly, emerging markets are turning the tables on developed-market countries and asking them searching questions. And many of the developments that may fix our damaged planet are starting in emerging markets. China, for example, has emerged as a leader in electric vehicles.

“That could change the global car park and have a major impact not just on China but on the world,” says Stirling.

Just as well that the number of countries and companies putting energy into ESG is growing, for the range of issues that need addressing is on the increase, too. The integrity of the supply chain is one. Data security is another that presents huge material and reputational risks to companies, says Hale.

“Related to that, what are some of the issues that big social media companies face?” he asks.

Facebook, Twitter, Amazon: all have issues. In Europe, the neutrality of Google’s search has already come under scrutiny.

“We see increased scrutiny of these giant online companies that play an outsized role,” says Hale.

What we've read about the coronavirus impact on markets: 'multi-asset update'

Coronavirus volatility leads to rise in shorting of UK stocks