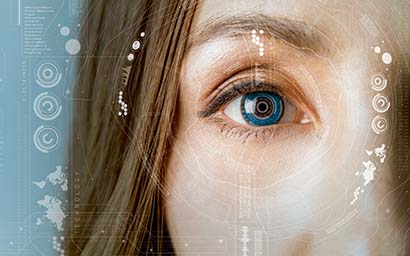 French firm Caceis is the latest asset servicer to formalise its digital plans. In March it appointed Arnaud Misset as chief digital officer and the man responsible for its new 3D division. The three Ds stand for digital, data and dissemination. “It is important to have all of that in the same hands,” he says.

Other asset managers have looked to recruit digital or data officers from different sectors of the economy. Misset comes from a pure banking background, but in developing the company’s digital services, he has learned from the examples of firms in other industries.

One of these was a large French groceries and general merchandise retailer. “We looked at their advanced use of analytics and the hurdles they faced. By looking outside our industry, we see that banking is not the most advanced industry when it comes to digitisation,” says Misset

Change of mind
He has also looked to implement the kind of developments seen in the retail world in the institutional and corporate side of the market. “We are often told in the B2B world that people are not expecting the same services that they get in the everyday world. I totally disagree. We are really working on the client experience. I did not always think this. I have had a clear change of mind.”

Misset has taken inspiration from a number of social networks such as LinkedIn and has looked to build a similar system based on predefined scopes and invitations for the exchange of regulatory files. He is also looking at how the bank manages its clients’ own use of social networks.

“Asset managers are also communicating on social networks such as Twitter and LinkedIn that provide sentiment feedback. We want to correlate that into the data lake and see if it has an impact on sales and order collections.

“For social networks, we are currently revamping the web client portal. We were originally thinking of a mobile-first option. But then we changed to let people create their own dashboard with macro information and from there, they can drill down into the details they want. But no two clients are the same.”

That said, there is a clear demand among clients for dynamic and not static reporting and for more analytics, to cross-analyse data from other sources that can be embedded into their global reporting. “This means custodians have to work more with third-party data. We have governance embedded into our data lake. We are then able to categorise and play with it. This is something we are currently developing,” says Misset.

Given that most managers are employing multiple asset servicers, the idea of connecting to multiple web portals all pertaining to offer aggregated data is unlikely to appeal. Instead most managers will want to pick a single source or else have all of that information flow into their own web portal. Consequently, the provision of data is likely to be the next battleground for the asset servicing market for the next few years, says Misset.

One thing that Caceis has done with the establishment of its 3D division team is make sure that client support teams have been working alongside from the outset. “Each time you deliver a new service to clients, you get lots of calls, so it’s important to get them involved from day one and fully able to answer clients’ queries. In theory it is a virtuous circle,” Misset adds.

He has a team of 60 (including client support) and reports to the deputy CEO in charge of operations.

Excited by robots
How well does he think the investment industry has fared in terms of developing new services through emerging technology such as artificial intelligence (AI), machine learning, distributed ledger technology or robotic process automation (RPA)?

“Robots have to date been deployed and implemented in the custody space and deployed for those tasks that provide no added value. They can perform these tasks in less time and with minimal operational risk.”

The real value will probably come from a combination of AI and RPA, says Misset, but he warns that firms must be careful not to try and apply the technology on a process that is not actually working or viable. It is much more difficult to make it evolve and to change the underlying IT, he says.

“You must not use a robot to fix an operational bug. There needs to be a lot of due diligence to ensure any use of robotics is a clear and transparent process. This was not clearly understood at first. We were all a bit too excited and eager to be the first to implement robots.”

The industry has become more innovative – however, a tendency to use new technology but then apply it to the same outdated and inefficient processes has come in for criticism. To illustrate the point, Misset highlights the quote from US business professor Oren Harari that the electric lightbulb did not come from the continuous improvement of candles.

“The financial services industry is guilty of talking about disruption but then not doing anything genuinely disruptive. We have spent a lot of money on current IT and there is a reluctance to replace it all.

“This is a risk-averse industry and I’m not sure that radical disruption could come from an incumbent. I think it would have to come from an outside source. It is only when you see an outside challenge that the incumbents start to embrace new technology.”

The greatest opportunity for asset servicers to develop genuine innovation is around data, says Misset. “Technology has enabled us to do so many things that we were unable to do before in terms of new services and new information that bring much more value.”

Tokenisation
While it is possible to predict some of the likely short-term trends around innovation, it is much harder to forecast long-term trends and their impact on the asset servicing market, he adds. “There are so many things that could happen. For example, there could be the tokenisation of the market, where securities become crypto-tokens exchanged on a blockchain in real time, thus rendering so many of current post-trade processes redundant.”