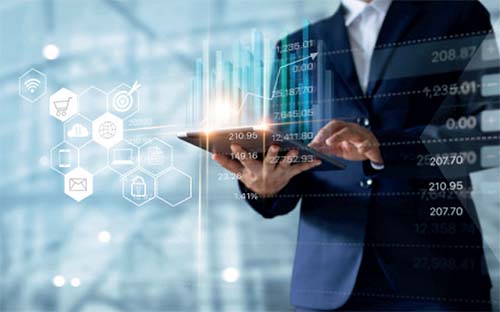 Chris Worle, chief digital officer (CDO) at Hargreaves Lansdown, comes firmly from the latter camp. He has been at the Bristol-based investment platform for 17 years, joining straight out of university in 2003 as a marketing executive.

He has had roles across various different departments, including a stint on the customer helpdesk – a position he says has given him a useful insight into the customer experience.

Following a move into the pensions marketing department, Worle was then given responsibility for the company website. Armed with a four-man team, he was told to get more from the website and help with the transition to becoming a more digital and transactional business.

He delivered the company’s first mobile app, HL Live, back in 2011. It proved hugely successful, attracting more than 100,000 downloads in its first year and accounting for more than 10% of HL’s digital traffic.

In 2015, at the age of 32, he joined HL’s executive committee as group digital marketing director, where he was given the job of developing HL’s social media channels and the wider remit of bringing the company’s online and offline businesses together.

Since becoming CDO in 2018, he has been charged with spearheading the company’s digital transformation efforts. Like many asset managers, HL found that its digital ambitions were limited by the legacy nature of its underlying infrastructure and that the old tactic of adding on new tech to the old platform was no longer sustainable.

“We had to scale the business and to do that, we needed a fundamentally different platform. We had previously been adding new software to the existing infrastructure, but it is easy to go down the slippery slope of modernising incrementally by adding new components on to the existing platform.”

Worle says the company has also had to re-evaluate its previous approach of developing much of its technology in-house and implementing it on-premise. “The in-house approach had suited us really well and allowed us to respond to market changes how we wanted,” he adds. “But the industry has moved on in recent years and become much more complex.”

Consequently it has become much more reliant on the expertise of others – for cyber security or for advanced technology such as AI. “We have looked at how we can work more with third parties because we can’t continue to do it all on our own,” says Worle.

HL also faces the same problem as many of the well-established asset managers looking to develop a digital identity: how do they migrate from a non-digital legacy infrastructure? “We are still early in our journey and there is still a lot to do, but we will move more towards the cloud. However, we need to do it carefully and responsibly. We have a platform on which a lot of clients depend.”

The right results
The transformation project has also focused Worle on the relationship with his IT colleagues. “The role of the CDO is often to act as a bridge or translator between IT and the rest of the business and to ensure that any digital projects deliver the right results,” he says. 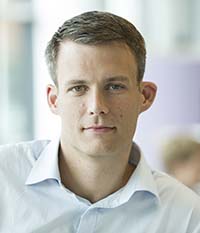 “I have seen a lot of digital programmes fail. The end-user experience really does count and that’s why you have so many people with a marketing background working in chief digital officer roles, because they are good at communicating.”

As an investment platform recommending mutual funds to a retail audience, HL also has to manage its relationship with fund managers. It is something that has changed hugely over the past five years, says Worle, but there is still plenty of room for improvement.

One of the problems fund managers have is a lack of direct access to those end investors, especially individual retail investors, unlike platforms such as HL. “They [fund managers] still grapple with their own relationship with the end investor. There is still a huge gap there,” says Worle.

He stops short of saying that fund managers should be communicating directly with retail investors, stating that it is more about the quality of information rather than the way it is distributed. “Investors want more transparency and to hear more about how their fund is managed. But it is not just about providing data but also insight.”

Hargreaves Lansdown is rightly celebrated as one of the UK’s success stories and has gone from its 1981 beginnings in the back bedroom of a house in Bristol to become the largest investment platform in the UK, with more than 1.3 million customers and more than £95 billion (€105 billion) of assets on its platform.

But it has not been without its own problems of late. It was left scathed by the collapse of the Woodford Equity Income fund in 2019 – a fund in which HL had invested £1.6 billion between 2014 and 2019 and one that featured on its Wealth 50 list of recommended funds prior to its suspension and subsequent collapse.

The company is currently in the middle of making changes to its wealth list following a review that took in the views of its customers and other independent sources. As a result, there will be a greater focus on transparency, deeper information for those that want it and new functionality on the platform for those that want more independent advice.

Talking the talk
The fallout from the Woodford situation has made the customer experience all the more important in HL’s digital transformation plan, says Worle. He wants to ensure that the development of the company’s digital business does not come at the expense of human interaction with its client base, some of whom may be technophobes or prefer to speak to a person no matter what.

“The voice aspect is still a hugely important part of the business. You can still call us up and it will not go through to an automated service. We want to allow more people to do more things online, but we also want any call that we get to be more meaningful than someone asking to reset their password.”

There is also the threat of competition from other online stockbrokers and trading platforms looking to grow their business in the UK, as well as the looming presence of the big tech retailers such as Amazon.

One development that could help HL in its digital ambitions, but also create more competition, is the UK government’s Pensions Dashboard project. The aim of the dashboard is similar to the open banking movement in retail banking, whereby users can gain access to all their banking data in one place.

With the dashboard project, savers will similarly be able to see all of their various pension plans in one place, which will reduce administration and increase clarity. Theoretically, it will also make the savings data available to more service providers or third-party developers, enabling them to create more data-driven products and level the competitive playing field.

“The opening up of people’s pension data is absolutely the right thing to do,” says Worle. “It is necessary because it will bring further engagement, but the direction and the implementation of the project could be improved. You don’t need to reinvent the wheel.”

He points to the example of open banking, which was rolled out across Europe in 2018 but has been slow to have any noticeable effect. “You have to be clear about what it is trying to achieve. Open banking is a great concept, but they have not settled yet what problem it is trying to solve,” says Worle.

Reminding users of older pension policies appears to be one of its principal benefits. “Helping people to discover old pensions that they may have forgotten about is good, but what are the value-added tools? What else do people want to see? Are there tools that can be plugged into that one ecosystem?” asks Worle.

“Those are the kind of things that will deliver real value. And it will be important for our own product development. We will have to see how it pans out, but it will create more data, which is always welcome.”