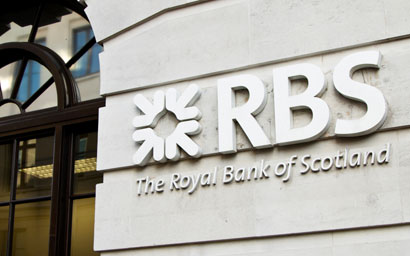 The Royal Bank of Scotland (RBS) failed because its management and board made a series of poor decisions at a time when banks were acutely vulnerable, according to a much-anticipated report from the Financial Services Authority.

Key errors highlighted by the FSA were the bank's failure to address significant weaknesses in its capital position, an over-reliance on risky short-term wholesale funding and the unwise acquisition of ABN Amro.

The sheer number of these missteps led the FSA to conclude that there were “underlying deficiencies in RBS management, governance and culture which made it prone to make poor decisions”.

But the FSA also blamed itself for providing “insufficient challenge” to RBS.

“The FSA was too focused on conduct regulation at the time and its prudential supervision of major banks was inadequate,” said the authority's chairman, Adair Turner. “The FSA operated a flawed supervisory approach which failed adequately to challenge the judgement and risk assessments of the management of RBS.”

Turner said the FSA based its policies on “widely held, but mistaken assumptions” about the stability of the financial system. He also hinted that political pressure for a “light touch” regulatory regime had hampered the authority.

But he claimed the FSA has been “radically reformed” since 2007 and now has more resources and a greater focus on capital, liquidity and asset quality.

Turner made two policy proposals in the report: that major bank acquisitions should in future require explicit regulatory approval; and that directors and executives at banks should face stricter penalties, should their business collapse, than officials at non-bank companies.

“People want to know why RBS failed and why no-one has been punished,” said Turner. “This report aims to answer those questions”

The six factors blamed for the collapse of RBS were:

- Significant weaknesses in RBS’s capital position as a result of management decisions and permitted by an inadequate global regulatory capital framework;
- Over-reliance on risky short-term wholesale funding, which was permitted by an inadequate approach to the regulation of liquidity;
- Concerns and uncertainties about RBS’s underlying asset quality, which in turn was subject to little fundamental analysis by the FSA;
- Substantial losses in credit trading activities, which eroded market confidence. Both RBS’s strategy and the FSA’s supervisory approach underestimated how bad losses associated with structured credit might be;
- The ABN Amro acquisition, on which RBS proceeded without appropriate heed to the risks involved and with inadequate due diligence;
- An overall systemic crisis in which the banks in worse relative positions were extremely vulnerable to failure. RBS was one such bank.