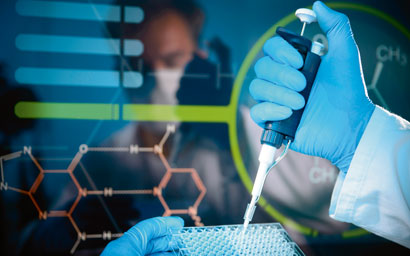 Taking equity smart beta and translating it to fixed income markets is a key development in this evolving investment strategy. David Stevenson finds out about index construction and the effects of holding risky bonds.

“I was told there’s no such thing as a bad bond, only bad prices. Any bond at a low enough price is probably a good buy,” says Shane Shepherd, head of macro research at Research Affiliates. The problem, he notes, is that there are a lot of bad prices in the bond market today.

An index of cheap bonds is a type of smart beta. Standard bond indices that are weighted towards the most indebted issuers are perhaps less smart, though Kate Hollis, senior investment consultant at Towers Watson, notes the largest issuer of debt by volume is not necessarily the most leveraged. In the corporate bond universe, what’s important is a company’s ability to service that debt; huge multinationals may issue incredible amounts, but relative to their size it’s hardly likely to harm them much.

Yet building an index of cheap corporate bonds seems a plausible way of attracting decent returns. A typical capital-weighted index in the fixed income market is constructed by multiplying price by the debt weight of the issuer, so price is key. There’s certainly more risk involved so being compensated for it is key. However, as Shepherd says, “you’re taking on elevated risk with reduced compensation, reduced yield. It’s not a good market to be taking on that risk at the moment”.

Adam Smears, head of fixed income research at Russell Investments, sees how principles found in smart beta equity strategies can be transported to fixed income. He says: “An index that captures cheap equities tends to make money over time. Building one that captures cheap bonds also does.” He warns, though, that there is nothing “like for like” about it.

DEFAULT RISK AND OPPORTUNITY
The problem with building an index using cheaper bonds is that they are cheap for a reason: they might default. The amount of debt issuance has doubled since 2010, according to Shepherd at Research Affiliates, and there are lots of lower-grade companies entering the market with access to covenant-lite cheap debt.

“Some people will be disappointed when the economy stutters and these companies struggle to pay back their debts,” he says, adding that there is more smart beta to be had in the commodities and loan markets, as people are trading out of bonds due to risk. But when the Federal Reserve finally hikes interest rates, it may create a “dislocate” in the bond market, with a rise in corporate defaults. He hopes more people will invest in smart beta fixed income.

SHIFT STRATEGIES&NBSP;FROM EQUITIES
While it may be possible to simply take some smart beta strategies that apply to equities and apply them to fixed income, it’s not easy. Although, according to Hollis at Towers Watson, there’s no reason why the structural effects that create risk premia in the equities market, such as behavioural aspects, will not appear also in the fixed income market, “you just have to treat it carefully”. This is because there are various breaks in the fixed income space put in by regulators – for instance, the difference between investment grade and high-yield bonds.

Using smart beta equities factors for corporate bonds works fine, but this would not work in the sovereign space, where a different set of factors would be more suitable. One such factor is GDP weighting – indeed, debt-to-GDP is a key metric used to rate countries by agencies. This will underweight countries with smaller economies. Research Affiliates, a forerunner in the smart beta space whose fundamental index (the RAFI) is used by a number of exchange-traded fund providers, uses GDP, population, land areas and energy consumption to weigh its sovereign indices, a range started in 2012.

The factors Research Affiliates uses to weigh its corporate bond index, started in partnership with Citi last year, are cash flow and the asset (which is the collateral to cover the debt). According to Shepherd, these allow for a safer credit quality index. He says the problem with traditional bond indices is that the system is systematically ingrained “that you’re going to be overweight in highly leveraged companies and underweight in less leveraged companies”.

ACTIVE SMART BETA
While certain titans of the investment world are showing a keen interest in placing smart beta in the active management camp (Vanguard released a white paper detailing the reasons why it says the investment strategy is indeed active), fund managers have been incorporating smart beta into their funds for some time.

April LaRusse, fixed income product specialist at Insight Investment, describes how the firm’s closest thing to a smart beta product is its Buy and Maintain Bond Fund, launched in 2013.

The manager of this fund takes the highest-quality businesses in terms of fundamentals and invests in 150-200 that are the top investment grade issuers.

Bonds are sold only if there is a deterioration in the company that would impact the default risk. “Invest in names that you like, only trade if you’re concerned about the quality of a business,” she says.

Ford argues that passive allocation to sectors of fixed income in smart beta can be consistent with being “index-agnostic”. He does not think it’s a good idea to own the index at the bottom of the rate cycle when issuers are extending the maturity (increasing the duration) of their debt. This is great for issuers but not so great for the investor.

Whether smart beta is active or passive, it looks set to be a growing part of the fixed income market. One issue is the amount of research needed to get these products to market, Hollis says that it’s more difficult to do in fixed income than it is in the equities space. Shepherd, who thinks there is a danger of over-engineering smart beta products, prefers to keep it simple.

“We stay away from overly engineered products,’ he says.