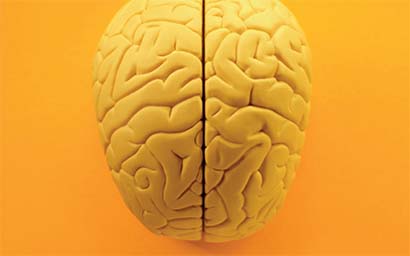 There are said to be more than 2,000 specialist fund administrators, many rooted in the trust and corporate services sector that traditionally provides legal and accountancy work for ‘special purpose vehicles’ (SPVs) – the structures often used for private equity funds as well as wealthy individual and family-office investors.

Growth in private equity, debt, real estate and infrastructure funds combined with the consolidation among the specialist administrators means these firms are growing quickly. And what’s more, the specialists have poached staff from the larger fund administration divisions of custodian banks that work with traditional fund managers.

“Because funds are becoming the most important part of the trust and corporate services business, it has led them to need people who are boringly respectable,” jokes Jervis Smith, a well-known and respected figure in the Luxembourg funds world who left Citibank after 25 years, where he was most recently head of securities services, to join specialist administrator Vistra in September 2019.

In effect, some of these professionals have left the world of vanilla investment funds governed by the EU’s Ucits Directive and gone to another part of the funds business that is governed mainly by the Alternative Investment Fund Managers Directive (AIFMD), but also by additional tax and anti-money laundering rules.

The bankers joining specialist fund administrators are bringing more than an image of besuited sobriety. Smith highlights their training in risk management, such as the ‘three-lines-of-defence’ model that nowadays sits at the heart of banking.

Apex Group, Aztec Group, Alter Domus, IQ-EQ, Intertrust Group and Maitland Group are some of the more prominent names to have emerged in specialist fund administration.

As a tighter regulatory environment developed in Europe after the 2008 financial crisis, many SPVs went offshore. Onshore SPV work dwindled but was replaced by pension schemes with a growing appetite for – and growing access to – private equity.

Private equity managers relied heavily on their fund administrators to bring them up to the new standards expected by regulators and institutional clients.

Pierre Weimerskirch, head of business development and distribution at Sanne in Luxembourg, says: “In 2013 when the AIFMD kicked in, it created a real trend in the alternative-asset space, making alternatives become much more professional.”

But while professionalism is welcomed for enabling private equity managers and other alternative houses to gain institutional clients, Weimerskirch says that managers found regulation a challenge.

Traditional investment managers have adapted to a gradually increasing level of compliance under evolving Ucits rules since 1985. But AIFMD’s arrival came like a cannonball for managers of alternative assets.

Blowing onshore
Back when trust and corporate services firms were supporting private equity funds and their wealthy investors, specialist administrators were ‘under the radar’, just like their clients, and largely outside of regulatory scrutiny. Things changed before the AIFMD arrived.

Pension funds initially saw private equity as a diversification play. However, impetus for the asset class increased after the 2008 financial crisis, when returns from public markets became secularly depressed.

That said, pension funds were by and large averse to the offshore nature of private equity at the time, whether for reasons of complexity or fear of being tainted by reputational problems that afflict offshore domiciles such as the Cayman Islands.

Private equity managers realised the wind was changing direction, from offshore to onshore. Trust and corporate services firms also knew this and spied an opportunity in the institutional sphere.

There were serious challenges, though. The major fund administrators owned by custodian banks were already established onshore with their own private equity clients. They had deep pockets to invest in adapting to the new regulatory environment for private assets.

Set against that, fund professionals who have crossed from custodian-owned fund administrators to the smaller specialists have cachet in two regards. One is their regulatory knowledge; the other is their expertise when it comes to high-volume transactions delivered at speed – in other words, technology and automation.