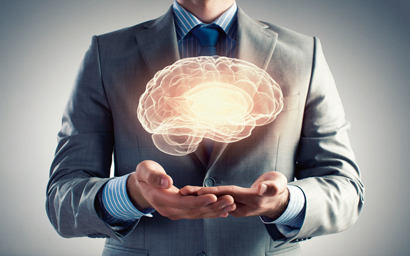 The era of artificial intelligence means machines could conceivably be better than fund managers at investing clients’ money. It may also level the playing field between large and small firms, finds Kit Klarenberg.

Last year, mainstream commentators declared the era of artificial intelligence (AI) had arrived. Major investments in AI were announced by Facebook, Google and Microsoft, with the promise of ground-breaking consumer applications to follow.

Financial professionals may have wondered what the fuss was all about. The technology is nothing new to financial services – US institutional investors were using embryonic AI algorithms to reduce their workloads in the 1980s and tech giants have long targeted the industry with innovative analysis software.

Josh Sutton, global head of AI at technology consultancy Sapient, sums up the appeal of AI. “Rather than relying on an army of analysts to locate, digest and curate relevant data, AI software can identify and assimilate all pertinent information, and store it for future access,” he says.

A computer can analyse data faster and with a greater degree of accuracy than humans can, for a fraction of the cost.

“The breadth of information that can be considered by asset managers is also greatly increased,” adds Sutton.

PREACHING TO THE CONVERTED
While the opportunity to lower costs is obviously attractive, AI is also favoured as a way to help asset managers overcome serious informational challenges.

In the 21st century, asset managers face a daily barrage of thousands of financial news stories, hundreds of emails and research documents and miles of transaction data.

Not only can this data overload produce a confusing and impenetrable picture, it theoretically advantages the biggest asset managers, as they can afford more (and perhaps better) analysts. The growth of AI may spell the end of this imbalance.

“The universal adoption of AI across the industry will level the information playing field – it’ll be difficult for any asset manager to inhabit a position of privilege, and will make clear which active strategies do outperform,” says Tom Doris, chief executive of financial AI platform OTAS.

Modern AI can be used to recognise patterns, weigh probabilities and make predictions, and do so consistently and objectively. While it’s impossible for humans to apply investment principles unfailingly across the entire universe of potentially investible securities, machines can.

Moreover, while there’s always the risk of humans falling prey to ‘gut feelings’ and other irrational impulses, machine thought processes aren’t bedevilled by such deficiencies.

There’s growing recognition of the opportunity presented by AI at the highest echelons of the industry. In the past 18 months alone, Goldman Sachs has invested heavily in financial analytics firm Kensho, BlackRock has purchased digital investment manager FutureAdvisor, Invesco has bought AI advisory platform Jemstep, and Charles Schwab and Vanguard have both launched AI offerings.

SELF-IMPROVEMENT OR SELF-DESTRUCTION?
This reticence may be attributable to technophobia on the part of asset managers. For, despite the many positive benefits generated by innovation, tech proliferation also presents challenges. Professionals in many sectors fear machines will render their jobs surplus to requirements in the not-too-distant future, and these concerns may be well founded.

For instance, a 2015 Boston Consulting Group report forecast that 25% of manufacturing roles will be replaced by AI systems within the next decade. Should asset managers also fear for their jobs? Could AI eventually negate the need for humans in asset management entirely?

“Humans and machines bring different strengths to the table – humans score highly on innovation, interpretation, adaptation and judgement, while machines are consistent, quick, agnostic and able to cope with complexity,” she says.

“We try to combine, rather than replace, human expertise and judgement with advanced computer applications. AI has enhanced our understanding and analysis of market behaviour, adding to our range of predictive tools – and we find digital analysis of markets complements traditional stock selection, asset allocation and risk management methods.”

“At most, I envisage AI in asset management reaching the stage of the self-driving car – while predominantly automated, humans will always need to be there to take over at some stage or other, and will always be a necessary component in the investment process,” he says.

This is not to say that some don’t have cause for concern. Hudson concedes that AI does pose a threat – to poor active managers. But while few will lose sleep over the departure of closet index trackers from the market, staff at the lower end of the asset management matrix may also have reason to fret.

“People should think about the functions they perform on a daily basis, and what fraction of those responsibilities genuinely demands human input,” Doris says. “If 90% of your work consists of following rules, and could easily be replicated by a machine, then it’s highly likely you’ll be replaced by a computer in future.”

Nonetheless, the vision of human and machine working in harmony is commonly held. It’s a view espoused by Steve Young, chief executive officer of investment consultancy Citisoft. “While it’s inevitable that AI will play an increased role in asset management going forward, it’s much more likely to be a supplement to existing investment processes than a replacement,” he says.

In any event, while AI technology is developing apace, the point at which it could feasibly supplant traditional managers entirely is a long way off from a capability standpoint.

This lack of ‘way’ is matched by a similarly non-existent ‘will’ – Young believes conservative attitudes in the asset management sphere could mean the pace of change is slow, and total replacement of humans remains off the agenda completely.

MANAGING CHANGE, NOT CHANGING MANAGERS
However, internal resistance to change could present an issue in itself. Sutton says managing the integration of AI will be a major challenge in years ahead; firms that don’t modernise quickly enough risk losing a competitive advantage, but those moving too quickly risk stoking staff fears of being usurped.

The best response to such hostility, Sutton says, is to reframe the debate in terms of promise, rather than prospective threat. AI may take away some functions from an employee’s remit, but it frees them up to pursue others.

For instance, once liberated from onerous analysis duties, asset managers are free to consult with clients at length – a significant benefit at a time when retail and institutional investors both demand asset managers to be more accessible, and quality of service can be critical to retaining and gaining clients.

Furthermore, Sutton points to the stratospheric rise of taxi app Uber as an example of how disruptive tech can serve to broaden customer bases.

“Many cabbies fear Uber, as it means greater competition and lower revenues – but, ultimately, the growth of Uber has also led to a significant net increase in the number of people using car services,” he says.

The future promises more innovation to come. While financial AI is primarily quantitative at present, a select few firms have begun to develop and use qualitative ‘machine-learning’ technologies, which can make and implement investment decisions.

It appears that for asset managers using AI effectively, market share is up for grabs. Although, if Doris’s forecasts are correct, analysts should perhaps consider expanding their skill sets post-haste.