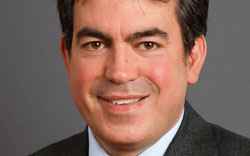 Speculation that China could be heading for a hard landing, or even a financial crisis, led to increased nervousness across the investment community throughout 2014.

Emerging Market (EM) investors, in particular, look to China as an indicator for the overall emerging markets outlook, due to the growing influence that its $10trn economy ¹ exerts on the rest of the world.

We believe current expectations for China are generally too pessimistic. As China attempts to transition to a more sustainable pace of growth, policymakers are aware of challenges and have the necessary tools to overcome them.

CHINA’S CHALLENGES
Growth in China has been dependent on credit-driven investment within the inefficient state-controlled sectors of the economy. Even today, with GDP growth cooling to approximately 10%, credit is still growing at an excessive rate of around 15%². Much of this credit growth has consisted of borrowing by local governments through off-balance sheet vehicles.

Historically, China has focused on promoting high levels of investment in an effort to catch up with other major economies. The share of domestic consumption in the economy is exceptionally low by global standards: household consumption accounts for less than 40% of Chinese GDP, compared to 60-70% in developed markets. Transitioning to a consumption-focused economic path is vital to ensure a balanced and sustainable growth.

The government aims to address these issues by limiting overall credit growth, steering credit towards the more efficient private sector and promoting domestic consumption. Investors should take heart from the fact that policymakers are avoiding large-scale measures to boost growth. Instead, we have seen targeted measures intended to secure an orderly slowdown, such as efforts to ensure a gradual deflating rather than bursting of real estate bubbles in second-tier cities.

There are compelling reasons to be constructive about China. While demographics no longer provide the tailwind they have in the past, they remain better than in most developed economies. The ongoing urbanisation process should lead to rising consumption and demand for services.

FOCUSING ON EM DEBT
Emerging Market Debt has performed strongly in recent years, thanks to improving fundamentals and relatively attractive yields. However, with U.S. interest rates set to begin normalising in 2015, the outlook is becoming more challenging.

Consequently, the time to treat EM Debt as a carry play is likely to be over. We believe 2015 requires a more careful focus on differentiation and that investors should favour sovereign debt over corporate credit, due to the faster fundamental deterioration in the corporate space. Volatility in oversold currencies has made some local currency emerging market debt more attractive than before, but with exchange rate volatility likely to persist, risks remain significant.

Indeed, investors may have to cope with a wide variety of risks in 2015. These include issues such as current account deficits in countries like Indonesia, South Africa and Brazil, and worsening terms of trade in commodity-dependent exporters such as Peru, Chile and Colombia. Rising private leverage in countries such as Hungary, South Korea and Thailand – and China – may raise questions about rollover risk in private sector debt. Additionally, escalating geopolitical risks and the risk of contagion in case of default of a country are causes for concern.

We believe EM Debt has to be played more defensively than in the past, with a focus on quality and a differentiation of issuers. Our main strategy for generating alpha is shifting to this defensive stance and paying closer attention to credit quality now than before.

Footnotes: 1IMF, data refers to the estimated Nominal GDP for 2014. Data as of November 30, 2014;  2CEIC, Pioneer Investments, last available data as of November 30, 2014.
Disclaimer: Unless otherwise stated all information and views expressed are those of Pioneer Investments as at 28 January 2015. These views are subject to change at any time based on market and other conditions and there can be no assurances that countries, markets or sectors will perform as expected. Pioneer Investments is a trading name of the Pioneer Global Asset Management S.p.A. group of companies.