Funds Europe talks to WisdomTree’s Chris Gannatti about the firm’s cloud computing ETF and the importance of working with subject matter experts when developing thematic funds.

The starting point for any ETF is to come up with a theme in mind and then create an index to build the exposure to that theme. Many fund managers turn to rules-based algorithms to build their indices by scanning through thousands of patent filings and pages of market data.

However, the approach taken by WisdomTree for its Cloud Computing UCITS ETF, which launched in September 2019, was to recruit a subject matter expert, US venture capital firm Bessemer Venture Partners (BVP), to provide a more focused approach to identifying cloud companies.

“Some investors like the purity of exposure that comes from an index with fewer names that all have a reason to be there rather than a larger list with some questionable inclusions,” says Chris Gannatti, WisdomTree’s head of research, Europe.

The unique partnership with subject matter experts also means that WisdomTree’s ETF will be more differentiated than their rivals’ stock selections, says Gannatti. 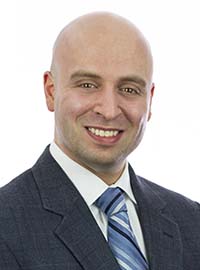 The BVP Nasdaq Emerging Cloud Index started live calculation in October 2018 and has had roughly 50 constituents over its live history. There are two main conditions for inclusion. The company must derive the majority of its revenue from cloud computing or software – a rule that excludes some of the biggest cloud services such as Amazon’s AWS, Google Cloud and Microsoft’s Azure; and new constituents must show annual revenue growth of more than 15% for two fiscal years. As is the case with many indices, there are other eligibility criteria, such as a minimum market capitalisation threshold ($500 million USD) and a minimum volume requirement (three-month average daily dollar volume of $5 million).

The increasing adoption of cloud computing has been clear to see for some time as software consumer habits change and networks and operations are digitised. The global cloud computing market has grown exponentially – for example both Software-as-a-Service and Infrastructure-as-a-Service segments have achieved annual revenue run rates of more than $100 billion.

Its popularity has only increased during the Covid-19 pandemic, says Gannatti. “Everyone had to move quickly to home working and found the flexibility of cloud computing was critical to this move. We think this popularity will continue after the pandemic.”

Set to grow
It is predicted that by 2025, half of enterprise software will be cloud-based, a ratio that will rise to 80% by 2030. Furthermore, says Gannatti, enterprise software is also set to grow as firms look to reduce their manual processes and consolidate their software and technology platforms.

Covid-19 and the move to home working have also thrust a spotlight on cyber security and data privacy, says Gannatti. Not only are computers more vulnerable outside of the office network, the average costs of a data breach continues to rise. Research from BVP shows that the average breach can cost companies $150 million.

In the early days of cloud computing, security concerns were often the biggest hurdles to adoption. This has changed to the point where cloud computing companies like Microsoft have won government contracts where security is of the utmost importance, such as the recent $10 billion contract for the US Department of Defense. “Security has vastly improved and the cloud is seen as a better option than companies relying on their own expertise,” says Gannatti.

The biggest driver currently though for cloud computing companies is the rise of ecommerce, says Gannatti. Again, Covid-19 has led to an increase in ecommerce, and it has also coincided with some of the largest retailers, both traditional and online, moving to a cloud-based infrastructure. For example, Etsy recently swapped 2,000 on-premise servers for Google Cloud’s infrastructure and machine learning capability . And in June, Walmart teamed up with cloud commerce platform Shopify in a bid to compete with Amazon.

As Gannatti notes, this shows the benefits of the cloud have gone beyond simple cost-saving, underlining the long-term investment prospects for the cloud computing sector.

“By teaming up with a cloud provider, they get access to their data analytics services. All retailers are trying to capture more data on their customers’ buying habits and how we deal with that data will be hugely important.”