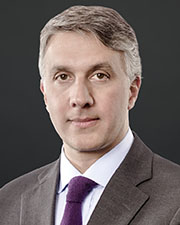 Water shortages and rising prices
Water shortages have brought about higher water prices in California, rationing in South Africa, and boycotts for global bottled drink brands accused of ‘stealing’ water from municipalities. Until now, much water shortage has resulted from increased demand from population growth and consumption. However, as the climate changes, an additional and powerful catalyst has been introduced, particularly into tropical zones. Warmer atmosphere holds more water, and as a result, lower water replenishment rates, impacting the water availability agriculture relies on. The temperature of the sea is also having an effect. As water warms, it holds less oxygen and fish stocks, which are sensitive to oxygen levels, move poleward or deeper – impacting the catch for coastal communities.

Stranded assets
There is a chance companies will be left with worthless stranded assets as a result of water stress if they are not able to make more, with far less. As demand for water rises against available supplies, its intrinsic value rises. Risks to a business increase when the intrinsic value of the water it is using rises well above the price it’s paying. This can result in conflicts with other users such as farmers, which can turn political, and at that point, the predictability of business conditions can go out of the window. We have already seen examples that have led to value destruction for companies. But there is also potential to create goodwill with local communities as companies reduce their water needs and contribute to local water efficiency projects.

Taking water for granted
Many in the temperate West take sustainable water supplies and good industrial stewardship of water as a given across the world, and that would be a mistake. Evolving processes to get more out of less water is going to play a sizeable role in sustaining the bottom line, benefiting local communities, and providing value for investors too.

To date, investors have generally looked at water security at a company level as water stress tends to be a local issue. Furthermore, broad research remains challenging due to the lack of plant location data disclosed by companies. As water security issues spread, we have spent increasing time digging deeper into this troubling issue. 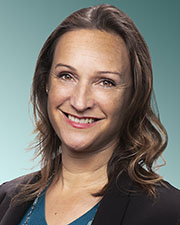 No access to clean water
Water scarcity is a leading challenge for continued human development. It is fair to assume that hydrologic uncertainty magnifies economic uncertainty.

Where water scarcity occurs, populations are less able to access to fresh and clean water, leading to health issues because of inadequate sanitation. It also puts pressure on food security, disrupting supply chains, and reducing arable land and crop yields. All these inevitably result in economic decline.

Depleted resources are also a major cause of regional conflict and a driver of population migration.

More than 80% of the waste water is dumped in rivers or the sea without any kind of water treatment, becoming a health hazard.

All activities need water, but it is critical to sectors such as irrigation, energy, and textile manufacturing. When water scarcity occurs, so can higher operational costs. A reduced water footprint or access to a reliable source of water can become a competitive advantage.

As in energy, the most efficient water usage is the one that is not used. Innovations to increase efficiency in water usage offer interesting investment opportunities. But adapting to scarcity may be relatively difficult in other areas.

Climate change’s impact on water security
Global warming is projected to cause substantial changes in the water cycle at both global and regional scales.

Climate change is already having an impact on the water cycle, with increases in rainfall driving extreme events while summers in areas such as the Mediterranean, South Africa and western North America become drier. This represents quite an important operational risk and should be priced in.

Water intensity can be assessed by unit of revenue or production and investors can favour companies where positive water footprint trends occur, particularly in high consuming sectors. 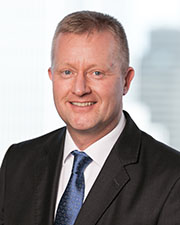 ‘It could lead to war’
The impact [of water scarcity] is multi-fold. In the most extreme scenarios, it could be war. It is already a reality that some countries have been preparing for such conflicts, especially when it comes to the consequences of river diversion (e.g. in India, Pakistan or China) as well as cross-border migration due to changes in water availability. In regions where water becomes a luxury, socio-economic divide could be the outcome.

Water dependency
Economic sectors highly depending on water as an input factor are facing major risks. For example, farming stands for 70% of global water consumption. Water scarcity can cause higher costs and lower earnings in these sectors. Another risk is that it could lead to stranded assets. In France, for instance, nuclear power plants are forced to curb power output or shut down altogether due to too little or too warm cooling water available in nearby rivers. This could also result in possible unscheduled restrictions for power customers, who might get less electricity at higher prices.

But there are also sectors which could benefit from water scarcity, like companies active in the fields of the desalination of seawater, water treatment and water supply; also for regions facing water-related challenges like Las Vegas or California in the USA.