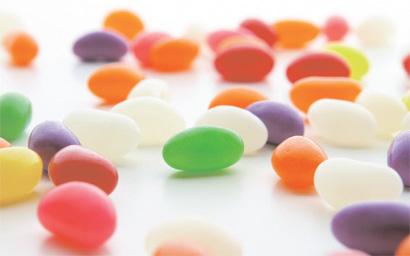 The total ETF turnover conducted on-exchange via the electronic order book was 8.5% of the equity turnover.

The exchange traded product (ETP) industry is highly concentrated: while close to 200 providers vie for the global market, the top three players control over two-thirds of the AuM and the top ten players more than four-fifths of the AuM. In Europe, there are close to 50 providers present and less concentration at the very top with the first three players controlling 60% of the AuM. Charges measured by total expense ratios (TERs) in the European market tend to be significantly lower than in the United States: according to Deutsche Bank (2011), the average cost of investing in an ETF is 40 basis points per annum in Europe and 55 basis points in the US.

Three-quarters of the assets under management in the European fund management industry are held in Ucits structures. All European ETFs, except those that are based in Switzerland, are structured as Ucits. Ucits need to comply with the requirements set out in the Ucits Directives. Once registered in the European Union member mtate where it is domiciled, a Ucits can be freely marketed across the EU.

Fiduciary duty
Ucits have become synonymous with a high degree of investor protection worldwide. This is through strict capital and organisational requirement for the Ucits manager – including a fiduciary duty to act in the best interest of the funds and the requirement to identify, prevent, manage or disclose conflicts of interest; investment limits and risk diversification requirements; explicit exclusion/permission of certain techniques; leverage limits; risk measurement and management requirements; disclosure requirements, liquidity and redemption requirements; as well as asset safe-keeping and oversight by an independent depository. A significant share of the growth of Ucits now comes from outside Europe.

While there have been questions about the distribution of Ucits to retail investors, the latter gain access to the financial markets in Europe through a variety of instruments which the regulator refers to as packaged retail investment products (Prips). Broadly speaking, Prips cover investment funds (Ucits or nationally regulated funds), insurance-based investment products, retail structured securities and structured term deposits. Overall, Prips represent a market the European Commission (EC) has estimated to be worth up to €8 trillion at end 2008.

The EC is concerned that some Prips may be too complex for investors to understand and that those distributing them face conflicts of interests detrimental to investors. It is also worried that the sector/legal-form regulatory approach taken in the past has resulted in “a complex patchwork of regulation” suffering from “inconsistencies and gaps” that “have raised concerns as to the overall effectiveness of the regulatory regime, both in relation to its capacity to protect investors and its ability to ensure the markets work efficiently”.

Against this backdrop, it has launched the Prips initiative to raise standards of protection for retail customers and achieve a single market and level playing field. It has vowed to adopt a horizontal/economic nature regulatory approach. This approach, pioneered by the Markets in Financial Instruments Directive (MiFID), breaks with the silo approach of the past epitomised by the Ucits directives. The Prips initiative is focused on two key areas: pre-contractual product information, and the conduct of business and conflicts of interests in the sales or advisory process.

In terms of pre-contractual product information, the European Commission (2009) considers that the Ucits Key Investor Information Document (Kiid) is the benchmark for the standard of disclosures sought across all Prips.

With regard to conflicts of interest, the European Commission considers that “MiFID has introduced a sophisticated regime for the avoidance, management and disclosure of conflicts of interest.” It regards the MiFID framework as a “key element and benchmark of the horizontal approach for the regulation of all sales of Prips” (Internal Market and Services Directorate General, 2011).

Ucits are subjected to strict rules in terms of investor protection and the Ucits Kiid serves as the benchmark for the harmonisation of disclosure for retail investors. It is thus fair to conclude that Ucits ETFs–which by virtue of their listing have to comply with an additional layer of regulation and further oversight – offer the highest level of retail investor protection. Intermediaries distributing Ucits, including ETFs, are subjected to the conflict of interest provisions of MiFID, which are to be used as the yardstick for distribution of all Prips in the EU.

Against this backdrop, it is surprising to find that concerns about retail investor protection have focused on ETFs and their distribution rather than on the Prips that are lacking in transparency or that are distributed by parties facing conflicts of interests detrimental to investors.