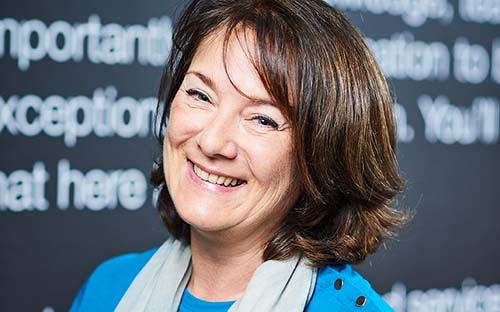 Capital markets institutions are coming under increasing pressure and looking to new technology and services to address one of the major sources of unnecessary cost: post-trade operations. Through collective effort and collaboration, combined with innovations such as gpi, institutions can meet this challenge and transform post-trade, writes Juliette Kennel, Head of Securities and FX at SWIFT.

Institutions in capital markets are coming under increasing pressure. Regulatory compliance, the higher cost of capital, the tightening squeeze on fees and margins, in tandem with demands from customers for greater transparency and real-time data are all forcing capital markets intermediaries to adapt.

With this in mind, capital markets firms have been increasingly looking to new technology and services to address one of the major sources of cost: post-trade operations.

Since the turn of the century, the capital markets have pursued the transformation of post-trade operations. And through collective effort and collaboration, combined with the right technology, this is now possible.

Historically, there has been a lack of information about the status of a payment once it was released. When a payment began its journey from the payer to the payee, there was no way of knowing whether it had reached the beneficiary, what fees and charges were deducted, or whether the payment was altered along the way, until it arrived – or failed to arrive.

To take one example, cash payments that cannot be reconciled are a major source of unnecessary costs for intermediaries and clients. Cash breaks often occur for a number of reasons including the instructions containing inaccurate or inadequate information or unexpected charges or fees deducted along the payments chain, causing a mismatch in the amounts.

Furthermore, in the past, the focus was on investing in front-office technology to improve execution and satisfy customers. While this transformed the speed of trading, it left the back office behind. It’s time the back office catches up.

Shifting focus
The focus has now shifted from front to back, from execution to costly and opaque post-trade operations, which we can all agree is a step in the right direction.

Many realise that early resolution of problems likely to cause a payment to fail – through real-time sharing of information – cuts post-trade costs and risks. Thus, there has been growing interest in technology and services which help them adapt to and solve these issues, such as SWIFT gpi.

Despite this new understanding of the issue, collaborative efforts and new technology such as distributed ledger technology (DLT) have not been fully solved it. In fact, DLT projects have shown that, although they have the potential to transfer assets efficiently on DLT networks, the simultaneous delivery of payment remains challenging.

However, it’s not all doom and gloom. Existing technology may hold the key to solving the post-trade problem once and for all.

gpi is already carrying over $300bn a day in more than 150 currencies across more than 1,100 country corridors. On average, 40% of SWIFT gpi payments are credited to end beneficiaries within five minutes and almost 100% within 24 hours.

More than 3,500 financial institutions have signed up for gpi, including all of the largest global custodian banks and investment banks. They and their customers are already able to track and trace payments made in the capital markets, and network effects are accelerating the rate of adoption.

It does not require revolutionary changes to technologies and processes. It instead upgrades existing systems, making it much easier for intermediaries to adopt.

Transforming post-trade processes
Currently, gpi’s scope is cash payments. However, as the service is adopted by the industry, it will be expanded to include securities, derivatives and FX transactions as well.

Eventually, gpi could transform post-trade information processing altogether. Messages about a transaction will no longer need to be passed along a chain that relies on each intermediary reconciling the details of the transaction with their own records, altering them if necessary, and only then passing the information on to the next link in the chain.

Instead, all parties will have access to the same information at the same time and be able to detect issues and take corrective actions without waiting. These ideas need to be further qualified with the industry so that we can align on priorities and collaborate to co-create solutions.

More gpi service enhancements will be added as capital market participants exploit the benefits of being able to track payments in real-time, accelerate the transfer of funds and understand the costs they incur as they do so. And the value generated by gpi will continue to increase exponentially as the service evolves from its origins in payments to encompass the other half of every securities, derivatives and fund transaction.

This is a golden age of innovation for the back office. And, by working together, we can capitalise on this and transform post-trade processes in capital markets, generating huge savings and releasing capital tied up in running these antiquated processes which can then be invested in more profitable activities.