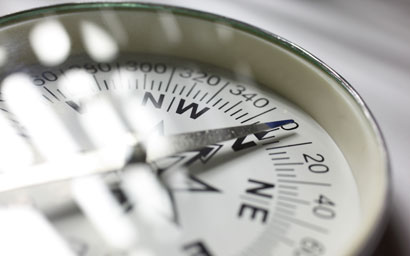 Global debt has barely reduced, despite the deleveraging investment theme of recent years. Fiona Rintoul looks at the implications for investors and fund managers.

Eventually, the cycle was broken by a call from a debt collector. “Oh come on,” she snarled, when I tried to explain the situation, “You must know whether you’ve paid your water bill or not.” Clearly, she had failed to grasp that I’m from Glasgow and would now kick up a stink with the regulator, which ultimately would not be to her benefit. What she had grasped, though, is that people are ashamed of debt.

The mantra that leverage is bad and deleveraging is good and necessary has been repeated so often since the financial crisis of 2008/9, it’s almost slightly shocking to hear this. But Harte also stands up for deregulation, reminding us what life was like in the good old days of heavy-touch regulation.

“In the 1970s, people in the UK literally queued at building societies to get a mortgage,” he says. “We don’t want to go back to that.”

And it’s not just banks that can – sometimes and within reason – usefully run leveraged balance sheets; so can households.

“The problem in the Eurozone is that some countries are too parsimonious,” says Harte. “If German consumers geared up, that would solve a lot of problems.”

Of course, some European countries aren’t parsimonious enough, either in their household or their government spending. And some countries aren’t playing by the rules. This creates problems. And, while it’s salutary to remember what life was like when credit was super-tight, there can be little doubt that European banks need to get rid of some of the debt on their balance sheets.

The question then is: are they doing it?

WHAT DELEVERAGING?
Back in September 2014, the Centre for Economic Policy Research issued a report entitled Deleveraging, What Deleveraging? The report showed that “the world has not yet begun to de-lever and global debt ratios are breaking new highs”.

It added: “At the same time, in a poisonous combination, world underlying growth and inflation are also lower than previously expected, reducing global debt capacity.”

Today, says Boriana Borissova, portfolio manager at BNPP IP, deleveraging has certainly started but that doesn’t mean it’s close to the end. Here in Europe, there were twin crises, and so bank deleveraging started later than elsewhere.

The European Central Bank (ECB) was stymied, not just by the twin crises, but by the disparate nature of its constituency. The Maastricht Treaty, which imposed a separation between monetary and fiscal policy, created further complications. Furthermore, the ECB was never meant to play the role it has ended up playing.

“The ECB was never officially  a lender of last resort,” says Harte. “Initially, when the shock happened, it lacked the instruments to be more focused in terms of conducting monetary policy.”

Therefore, most expect that the ECB will continue with quantitative easing at least until September 2016. Even then, choosing when to taper will be tricky and fraught with potential problems.

“Markets have become so addicted to cheap money, with valuations pushed up accordingly, that there is a real risk that they plunge when liquidity starts to be withdrawn – and it is hard to judge how central banks might react,” says Asoka Wöhrmann, chief investment officer at Deutsche Asset & Wealth Management. “Do not forget, debt ratios globally have not decreased but increased since the financial crisis. We are definitely still in uncharted territory.”

Uncharted and slightly scary territory, particularly if you see low growth and continuing high debt levels not so much as a poisonous combination, as a poisonous inter-relationship, which is how Monica Defend, global head of asset allocation at Pioneer Investments, sees it.

“We believe the debt super-cycle is key to reading the financial markets,” she says. “We tend to see the structural slowdown as more and more related to the large amount of debt.”

This makes debt reduction all the more important – and perhaps serves to justify the unconventional monetary policies that central banks have pursued as a way out of the crisis. These can be criticised as artificial. Certainly, they have produced negative consequences for savers and pension funds and have turned investors from market analysts into political analysts.

“One could complain that, due to central banks’ intervention, the investor’s job has become more difficult,” says Deutsche’s Wöhrmann. “Market movements and valuations have become even more detached from fundamentals and you have to try to anticipate what central banks might do next. But then again, market prices have never been solely based on fundamentals, so central banks should be seen as just one more variable that any asset manager has to include in his considerations.”

LESSONS FROM HISTORY
In any case, many argue there was no alternative to quantitative easing. Bob Parker, senior adviser at Credit Suisse, states it simply: “Without quantitative easing, the global economy would not have recovered,” he says. Meanwhile, Harte points to lessons from history, such as the Great Depression in the US in the 1930s, to illustrate what might have happened without it.

“There are some perfectly free markets,” says Harte, “but other times you need intervention. It was better to head off the deflationary risk and accept the costs.”

Unfortunately, the costs have not always been equally distributed.

“Quantitative easing has mainly benefited asset owners, who tend to be in the richer parts of society,” says Wöhrmann. “The long-term burden, however, rests on the shoulders of less well-off savers who have to consider investing in ever more risky assets in order to secure an acceptable return on their pensions.”

It is these kinds of considerations that have led some governments – notably the Greek government – to refuse the austerity fence. If Eurozone member states are pulling in different directions, this naturally complicates the already difficult job of the ECB, which, says Defend, needs to see its monetary policies supported by economic policies at the country level.

“The ECB bought time, but it cannot be the only game in town,” she says. “Monetary policy can have an affect, but it is short term. We need economic policies.”

Wöhrmann says that some central banks are at risk of going beyond their mandate, as shown by the various open cases in front of German institutional courts regarding the ECB. Therefore, those economic policies need to be implemented soon in the Eurozone – and with some kind of harmonisation. If we consider, say, Greece and Germany, this might seem like an impossible goal, but Defend says the differences among the member states are not as great as they appear. The story that is told to the press is very different from what happens round the table, she suggests.

“In Germany, what happens round the table is much more constructive than what you read in the newspapers. The same applies to Greece. They have to manage expectations at home.”

Nonetheless, we remain, as Wöhrmann has noted, in uncharted territory. Quantitative easing can’t last forever, and no one really knows what will happen when it stops.

“There is a risk that the increased correlation between upward moves in asset classes observable in recent months has a flipside: when the market environment becomes more challenging, everything will go down in sync too,” says Wöhrmann. “Then there might be no place to hide for investors, except maybe for [negatively yielding] money market instruments.”

CONSEQUENCES
One things is for sure, whether we come out of this whole fandango feeling less or more ashamed of debt, there will be consequences for our past profligacy. One is increased volatility, as banks become less able to support market-making activity.

“The more banks are restricted in terms of capital, the less willing they will be to warehouse risk,” says Borissova.

This will create spikes, which, says Harte, “we’ll just have to live with”. But perhaps the most profound change is that we will see other agents, such as hedge fund, private equity funds and the asset management industry itself, playing the role of banks. For the asset management industry, this means new asset classes to invest in, and also a fundamentally changed role.

“Assets under management seem to be at a record high and low bond yields are driving asset allocation into areas such as bank loans,” says Parker. “That means the asset management industry is replacing the banks.”

Is this a good thing? Broadly, yes, say most commentators. But there will be growing pains.

“You will get some issues,” says Harte, “but the system overall will be better.