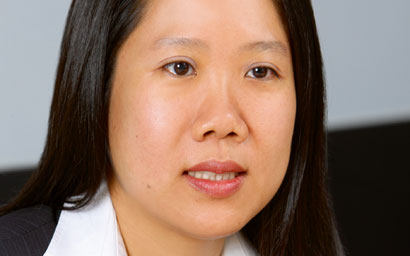 Are Asian bonds still attractive for European investors in a post-Trump world?
In light of the global government bonds selling off, Asian bond yields are currently at 4.7% with a spread of 240 basis points. European government bond yields are around 0.67% and European investment grade index yield is around 0.9%. Even when you factor in the cost of hedging, which has risen in the last couple of months, it is still a good pick-up in excess of 2%. Trump being elected has not impacted the credit quality of Asian bonds at this point; 80% of bonds are rated at investment grade and the yield pick-up is happening at the same duration as European bonds, the Asian and European bond index duration are both at around five years.

Is there any concern about China’s growing debt levels and what is your firm’s response?
Corporate debt has increased, which has caught the attention of a lot of investors, not just because it’s increasing, but the speed at which it’s increasing is why people are concerned. China’s total debt as a percentage of GDP is around 250% – this is somewhere between the US and European countries. If you take the total debt, it seems somewhat in line with global industrialised countries. The 250% is comprised of 60% government debt, household debt is relatively low at 30% and corporate debt is 160%.

In addition, China’s foreign exchange reserves of about USD3.1 Trillion is about 3 times of its short-term foreign debt of USD1.1 Trillion. This is more than the 1 time coverage by international threshold standard. Furthermore,  China debt is not financed by foreign sources but by domestic deposits (~200% of GDP) and is denominated in local currency. Lastly,  China has a relatively closed capital account that limits the risk of capital flight.

What is your outlook for the region?
At this juncture, we do not know yet whether Trump will support a larger deficit, a lower dollar, manufacturing, or whether he will introduce tariffs that he has campaigned on. All this policy uncertainty is causing bond market uncertainty. It is premature to assume China will be the loser as the policies aren’t known yet. That is why we’ve left our China growth forecast unchanged at 6.5% and Asia ex-Japan growth at 6% for next year.

In 2016 six out of 10 Asian central banks have cut interest rates. With the potential of the US hiking interest rates in December and into next year, some of the Asian central banks are likely to pause in terms of their monetary policy and lean towards the fiscal policy angle because government debt and fiscal deficits are lower in Asia than other regions. Global trade is going to be a factor next year if certain policies are introduced. But if you look at growth in China in the last couple of years, it has been very much domestically driven.

Which regions are attractive?
Asian bonds are still attractive to investors but due to policy uncertainty, investors will take a ‘wait and see’ attitude. We had expected volatility to be high in the fourth quarter of 2016, not just because of the US election but also the Fed rate hike, Italian referendum and European Central Bank policy meeting. Hence, we had already positioned defensively into the fourth quarter due to market uncertainty.

We are currently underweight in China, Indonesia and Philippines, overweight in India and Singapore. Looking forward, there may be some country rotation as we get more clarity on policies.

I’m confident of Asia as a block from a macroeconomic standpoint and a policy standpoint, as well as monetary and fiscal policy flexibility compared to other regions.