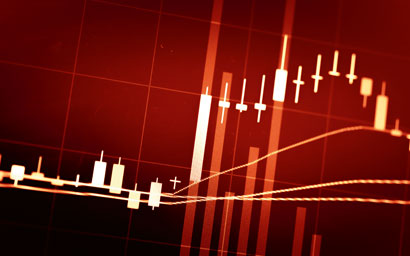 Asian local currency bonds have offered a yield pick-up over US treasury bonds this year. However, following the US election, David Stevenson asks if investors still have the risk appetite for the asset class.

When Donald Trump was elected as the next president of the United States, emerging markets must have felt a sense of trepidation. In his campaign, he ran on an anti-globalisation platform, promising to get rid of the Trans-Pacific Partnership (TPP), tear up the North American Free Trade Agreement (NAFTA) and even get out of the World Trade Organisation.

However, while certain emerging markets, such as Mexico, are feeling the pain even before Trump moves into the White House in January, Asia is another matter.

Paul McNamara, lead manager on emerging market bonds at fund manager GAM, says China has a lot more leverage than other emerging markets. He notes that it wouldn’t take much to “knock over” the US treasuries market, which is largely owned by the Chinese. Therefore if the US does decide to put a 45% tariff on Chinese imports, a Chinese response that includes calling in loans to the US could be devastating.

However, McNamara also warns that there would be an element of “mutually assured destruction” if China were to play the debt card. It is unlikely that there would be one buyer for all of the Chinese-held US treasuries, meaning a sell-off would have to be done in tranches. The Chinese would not want to impact the price of these assets, which would be a result of any large sell-off. Maybe another pre-emptive strike would be more appropriate.

Yerlan Syzdykov, head of emerging market bonds at Pioneer Investments, thinks China does not like TPP, viewing it as an economic Nato and a means of isolating the country. If the US were to put tariffs on Chinese imports, China’s response would be to put a tariff on soya exports from the US. Figures from the US government showed that food exports to China last year totalled more than $20 billion (€18.7 billion), with soya beans being the most sought-after item.

It’s still a tad early to separate Trump’s rhetoric from reality and even as yields on US treasuries rose on news of his victory, Asian bonds still offered a significantly better pick-up. So, how are market fundamentals in the region?

BETTER BUILT
During the ‘taper tantrum’ of 2013 when the US signalled the end of its quantitative easing programme, there was widespread panic among emerging markets, including Asia. However, the world is now a different place.

In 2013, emerging markets were running a trade deficit of around $25 billion a month – that’s now a surplus of about $7 billion, according to McNamara. Other Asia-specific reforms have made its bond market more appealing.

Adam McCabe, head of Asian fixed income at Aberdeen Asset Management, says Chinese debt rebalancing was helped by switching hard currency debt to local currency. He adds that the Chinese property market has performed particularly well, saying that while developed nations have started talking about infrastructure investments recently, China has been investing in its cities for years.

It is China’s spending blitz during the global financial crisis of 2008 that has some worried. Ali Chughtai, a portfolio manager at hedge fund Whard Stewart Asset Management, says that the country produced one of the largest ever debt finance booms in the aftermath of the crisis. This led to concerns about certain local government financing vehicles, with some of the projects focusing on activities that “aren’t profitable or efficient”, says Chughtai.

Endre Pedersen, chief investment officer of Manulife Asset Management with a focus on Asian fixed income, says his firm is staying clear of China’s local government funding vehicles. He advises others to be “cautious of this part of the market”.

But, given that China is the V8 engine of emerging market growth, whatever happens in the country is going to have an impact on its neighbours. As Chughtai explains, as the US dollar appreciates, the renminbi depreciates, which increases risk premia on surrounding Asian countries’ bonds and currencies.

CONTAGION
Luckily for the Asia region, there is another growing power that is somewhat insulated from China’s fast-growing debt pile and Trump’s victory. India’s GDP growth rate was reported to be 7.6% in the past year – it is growing faster than China, in other words – making it a favoured destination for investors in Asian fixed income.

Its markets are hard to enter, which means that, like other Asian countries, its debt is largely domestically owned.

Aberdeen’s Indian debt fund, which is 60% sovereign and 40% corporate, has returned 8% year-to-date in dollar terms, according to McCabe.

Pioneer has a presence in India through a partnership with Baroda, an Indian private bank. This asset management unit looks after both domestic money and international money for global clients. Its Treasury Advantage Fund was up 9.21% between September 2015 and September this year. As Pioneer’s Syzdykov says, the firm is happy to look at more insulated countries such as India, relying on positive fundamentals, a deepening hallmark of the country.

Prime minister Narendra Modi is known for his wide-ranging reforms, the latest being ‘demonetisation’, in which certain denominations of notes are being phased out, forcing citizens to make deposits into the country’s banking system. This will have the effect of increasing bank liquidity, clamping down on corruption and bringing in money from what is still a largely agricultural economy into the banks.

McCabe is a fan of Modi’s reforms, saying he’s “not just putting a band aid over the problems, he’s making India better”.

A SHINING STAR
India is not alone as a sought-after debt market in Asia, although it is probably the most insulated from global events such as Trump’s election. Indonesia made structural reforms last year, including a rate cut, and has also adjusted well to the new price of commodities.

Chughtai agrees, looking at a comparison between spreads: a ten-year US treasury yields 2%, compared to the 5% from an Indonesian sovereign bond. However, he adds that this is because developed market yields are artificially suppressed by central bank intervention.

Indonesia and other decent Asian performers were not immune to Trump’s victory. This was seen when there was a sell-off at the long end of the yield curve for both Indonesian and Malaysian bonds (though, considering the large pool of domestic investor that own them, Aberdeen’s McCabe does not think the sell-off is sustainable).

Emerging Asian economies are a long way from the state they were in two decades ago, when foreign ownership was more significant. These countries now have their own financial intermediaries, such as insurance and pension companies, who need to meet liabilities. So, once the knee-jerk reaction of ‘hot money’ investors – that is, foreign investors selling bonds – has dissipated, domestic investors will pick the assets up.

PASSIVE AGGRESSIVE
One of the markers for many in terms of how emerging bonds have done in the wake of Trump’s victory is to look at how indices reacted to his election.

JP Morgan’s GBI-EM Global Diversified Index, which tracks local currency emerging market sovereign debt, had been enjoying a rally since the beginning of the year. It was up by around 14% until the election result came in; within five days, most of those gains had been lost.

Luc D’Hooge, head of emerging market bonds at Vontobel Asset Management, puts this down to what he calls “news junkies”: retail investors who on the first sight of trouble, sell their assets before it gets any worse.

But as GAM’s McNamara has it, if Trump’s aim of achieving global reflation happens, this will help commodity prices – and therefore Malaysia and Indonesia.

The Asian countries that might find themselves in trouble are those that rely on global trade for their growth. Singapore and Korea fall into this category and Manulife’s Pedersen predicts that both nations will have a difficult year following Trump’s election.

McCabe says it’s hard to get excited by Korea, as its export situation is challenging and there is a bizarre political element. Its president, Park Geun-hye, may be impeached in a corruption scandal involving the daughter of a mysterious cult leader.

But for the moment, until we see which parts of Trump’s campaign were pure rhetoric and therefore unlikely to become reality, most fund managers are adopting a wait-and-see approach.