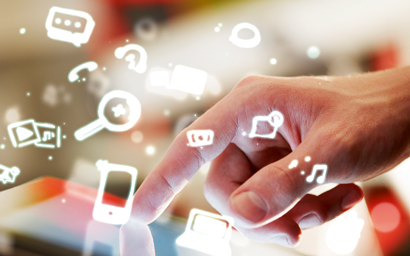 Potential investors under 50 are not being served by platforms, leaving a wide gap for disruptive firms – or innovative asset managers – to fill. In many ways, the social media revolution is messing with traditional business models, writes Fiona Rintoul.

After his refusal to apologise for a comment about “terrorist sympathisers” in parliament, made to colleagues before the House of Commons debated air strikes on Syria, the approval ratings of UK prime minister David Cameron plunged from 61% to 41%.

How do I know this? In truth, I don’t. But I did read an article in a newspaper, which said that social media analysts TheySay said this was the case – based on an analysis of 72,483 tweets.

Thus, the echo chamber that is social media creates its own reality and its own facts, and changes how we do stuff. And what’s sauce for journalists is sauce for professional investors.

“The investment process will start to change to recognise sentiment on social media,” predicts Ian Smith, partner at KPMG and co-author of a report entitled Investing in the Future: How Megatrends are Reshaping the Future of the Investment Management Industry.

This isn’t easy to do. Jack Neele, manager of the Robeco Global Consumer Trends Equities fund, says he uses social media to get insights from within industries. These can add value to the way he looks at companies and provide a different perspective from internal analysts and the broker community. But sorting the wheat from the chaff is a task in itself.

“I use Twitter a lot,” says Neele. “That has changed in the past five years. But if information is 95% noise and 5% signal, then that is even more the case on social media. It’s maybe 99% noise, but you do get very interesting nuggets of information.”

Faster and harder
But whatever the difficulties of analysing it, information – sentiment – is out there on social media and is being used more and more in the investment industry. Apart from anything else, social media makes news travel faster and harder, whether it’s about environmental issues created by the likes of BP and Volkswagen, or about the alleged non-payment of tax by the likes of Starbucks and Amazon. This in turn requires a faster reaction from investors.

“Starbucks has been subjected to a lot of publicity,” says Smith. “That can impact corporate decisions, investor sentiment and also performance. Traditional methods of assessing organisations will not stand fast.”

As examples of how this is already happening, Smith cites eToro, a social trading investment network, and a tool to track social media developed by KPMG’s Australian practice, named the Social Media Risk Management tool.

“They have started to identify a direct correlation between sentiment on social media and share price,” says Smith.

“The digital revolution has already changed many aspects of day-to-day life,” says Jeremy Walters, applied analytics and customer communications chief at DST. “Everything from how people interact in social engagements through to everyday tasks, such as controlling the home heating, has been disrupted by the digital revolution. Online channels and apps have also affected how consumers engage with businesses, for example, when transferring money and paying bills.”

Not only will this revolution change the investment process to incorporate data from social media, it could mess with – and indeed is already messing with – traditional business models, disrupting and potentially destroying hitherto sound businesses.

In its report on investing in the future, KPMG provides statistics that give an idea of the scale of our digital usage. We send 2.9 million emails each second and spend 700 billion minutes on Facebook each month. Each day, households consume 375 megabytes of data and 50 million tweets flutter off into the twitosphere. But it is perhaps the data provided by KPMG on the accelerating pace of change that is the most arresting.

Consider this: it took 75 years for the telephone to reach 50 million users and just four years for the internet to do the same. Facebook took two years, Angry Birds 35 days.

“The disruption to traditional businesses is only going to accelerate,” says Walters.

“When looking at current disruptors such as Amazon, Netflix and Uber, it is clear that data and intelligent communication are the common threads to their success and growth.”

‘Fang’ stocks
The current power of these disruptive companies can scarcely be overestimated. The so-called Fang stocks – Facebook, Amazon, Netflix and Google – accounted for the majority of the increase in the Nasdaq and S&P 500 so far this year, although they comprised less than 9% of the S&P 500’s weighting at the start of the year.

As you might expect, several of them feature prominently in the top ten holdings of Jack Neele’s fund, which are: Facebook, Alphabet (Google by any other name), Nike, Starbucks, Visa, Apple, Tencent Holdings, Mastercard and Nestlé. For while the digital revolution has made it possible for lots of micro-businesses to thrive, from second-hand booksellers to craftspeople, to individuals renting out their flats when they’re away, the digital industries themselves tend to be dominated by one or two big players – usually one. There are no real competitors for Amazon, Facebook or Google.

“It’s almost winner takes it all,” says Neele. “We search for what we call structural winners, even if the company is expensive from a valuation perspective. We find it may be expensive but it pays off.”

Other companies in the Robeco fund’s top ten holdings provide an insight both into who the other disruptors are – and who is well placed to survive the disruption. Visa and Mastercard bat on, notes Neele, because the likes of PayPal and ApplePay attacked other parts of the value chain but still use Visa and Mastercard.

“Interestingly, they are all now tech plays,” says Neele.

Starbucks is a particularly instructive example. It is riding high because it has embraced new technologies. At Starbucks, you can use your mobile to pay; you can check in with Foursquare to get discounts; you can easily show your friends you’re having a latte frappuccino. Starbucks is a coffee company and coffee drinking is not disintermediated by the internet, observes Neele, but technology is still important to Starbucks’ success – more important, cynics might argue, than the coffee.

“Almost every company needs to invest in technology and become a technology company itself,” says Neele.

“The companies attacking the market are not digital. That’s the real change in the last couple of years.”

Indeed, disintermediation has already happened with the rise of platforms, but there is more – much more – to come.

“Research by Platforum shows the average age of a platform user is 56 years old,” says Walters. “There is a generation of people under the age of 50 that are not being served. The digital disruption and innovation will fill this space to serve the next generation of savers with low-cost operating models that leverage data and insight to engage with customers in a different way than the traditional models fund managers are used to.”

Is the investment management industry ready for this? Not really. Some firms have made fintech investments, such as Schroders into Nutmeg and BlackRock buying the ‘robo-advisor’, FutureAdvisor, but many have
yet to wake up and smell the coffee. “Many of my clients see digital as refreshing the website,” says Smith.

When it comes to the likes of social media, there is also a more fundamental problem. Most investment managers are one step removed from their clients.

“The industry is not close enough to the client to be aware of how their needs are evolving,” says Smith.

This makes it hard, if not impossible, to, for example, send relevant and engaging tweets. Therefore, just as Jack Neele finds nuggets of information that help his investment process outwith the industry, the answer to coping with the digital revolution – in all its many manifestations – may lie outwith existing businesses.

“You can’t do it from within,” says Smith. “You have to create joint ventures and partnerships that are fresher and more innovative.”