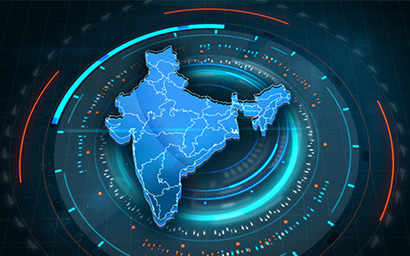 Flashback to 2013. ‘Fragile five’ was the moniker Morgan Stanley attributed to the emerging market economies of Brazil, India, Indonesia, South Africa and Turkey. Reliant on funds from developed markets, these countries once struggled to keep up with global economic trends due to insufficient current accounts.

One decade, a few setbacks and a couple of giant leaps later, these countries – along with other emerging markets – are now busy scripting one of the biggest growth stories in the history of global economics. Given tough competition to traditionally developed economies, emerging markets today own the lion’s share in the global consumption pie.

Going back to 2001, the BRIC countries (Brazil, Russia, India and China) started a trend for emerging market acronyms. At the time, it was Goldman Sachs economist Jim O’Neill who coined the term. But how are these countries faring now, with sanctions against Russia, Covid’s devastation in China, and Brazil having had a populist president of Trumpian proportions until recently? So let’s delve deeper, particularly into India.

With restricted access to finances and global supply chains making investment less lucrative in Russia, the country is witnessing a mass exodus of foreign institutional investors. In addition, businesses are taking steps towards divesting their operations in Russia following the invasion of Ukraine and restrictions imposed by the Russian government on capital inflows and outflows. With no visible light at the end of the tunnel, such deterrents have seemingly set in motion a long-term downward investment trend in the country.

“There is no energy shortage [in brazil], growth is higher than expected and we’ve just concluded a national election without surprises.”

However, Brazil is applauded since the Brazilian Central Bank raised interest rates as a successful anti-inflationary measure.

“There is no energy shortage, growth is higher than expected, and we’ve just concluded a national election without surprises. On top of that, asset prices remain attractive compared to historical averages,” he says.

The global scenario – replete with war, energy prices, inflation, rising interest rates and a zero-Covid policy in China – continues to pose challenges. Yet 2021 witnessed outstanding performances across Asia-Pacific markets, thanks to factors such as South Korea lifting the embargo on short selling and high lending demand in Taiwan. S&P Global Market Intelligence forecasts that the Apac region will dominate global economic growth in 2023.

Therefore, one question is whether an impending recession in developed markets could spell good news for the investment environment in Asia’s leading emerging markets of China and India.

India’s presence is more conspicuous on the radar of foreign institutional investors today than ever. Political stability, lower debt, stabilisation of the Indian rupee against the dollar, skilled workers and better immunity from regulatory risks are some reasons that explain this newfound status. When investability in China is ringing the alarm bells for many overseas investors, could shifting geopolitical dynamics make India the greener pasture? Possibly. At a time when the start-up ecosystem in China is losing steam, Indian start-up venture capital funding was up by 4.5% year-on-year in the first half of 2022, according to GlobalData.

The investor’s pathway in China is dotted with red flags. While the economy’s prominence in the foreign investment picture is undeniable, questions loom large. What cost does its adherence to a zero-Covid policy entail? Could regulations imposed by the Chinese government be challenging for investors? And what are the odds of MSCI removing more Chinese companies from its global index?

Of late, there has been an uptick in US companies moving their operations out of China, so another question is whether it’s just a matter of time before more countries follow suit.

If a Morgan Stanley report is anything to go by, there is no stopping India from becoming the world’s third-largest economy and stock market by 2030. With the 4Ds in India’s favour – demographics, digitalisation, decarbonisation and deglobalisation – transitioning to the big league comes across as a natural progression. An economic boom fuelled by investments in manufacturing, the energy transition and advanced digital infrastructure drives this prodigious growth, Morgan Stanley says.

“India’s growth is underpinned by its economic stability, unlike many of its peers. From an international perspective, though, it remains an underinvested market.”

The ‘new India’ that global economies are waking up to has disruptive fiscal repairs and relaxed foreign direct investment (FDI) norms at its core. Reforms implemented in the past eight years under the leadership of Narendra Modi, the Indian prime minister, have been key to India’s improved investment friendliness. Passing the post-Covid recovery test with flying colours, India attracted its highest-ever annual FDI inflow, worth $83.57 billion, in 2021-22, clocking in a twentyfold increase in FDI inflows since 2000.

Overseas investors recently turned aggressive buyers of Indian stocks in hopes of high earnings. Foreign funds poured in amidst expectations of major central banks slowing down their hiking cycles as price pressures ease, reports Reuters. The equity buying spree continued in November as foreign portfolio investors are keen to leverage the market’s high return potential. India’s progress as a rapidly growing economy despite difficult times was lauded by the International Monetary Fund as a “bright spot in a dark horizon”, hopeful that it will “leave a mark on the world for years to come”.

Interestingly, foreign funds continue to eclipse India-dedicated funds in the total investment pie of India’s real estate market. According to a Federation of Indian Chambers of Commerce & Industry report, private equity firms based in the US and Singapore accounted for most of the investment between 2018 and so far in 2022.

The Indian real estate market is forecast to reach $1 trillion by 2030, according to India Brand Equity Foundation.

State-of-the-art commercial spaces and energy-efficient architecture are in high demand among the environment-aware urban population, and relatively new real estate investment trusts attempt to provide uncomplicated participation in the market for foreign investors with easy statutory debt funding requirements. Not only do overseas investors get to lend their expertise in taking the trusts’ yield graph to the next level, but enjoy better shareholder returns from the growing Indian realty ecosystem.

India has dealt with inflation-induced turbulence better in comparison to developed markets. In contrast to the West, inflation isn’t driven by wage pressure or monetary policies, but primarily due to imported costs.

“The art of storytelling, coupled with impeccable research and relationship-building, is key to attracting international investors.”

David Cornell, MD and CIO, India Capital Growth Fund, says: “India’s growth is underpinned by its economic stability, unlike many of its peers. From an international perspective, though, it remains an underinvested market. Compared to China, there is not much foreign investment in listed equities.” But he says the situation is changing in front of his eyes. Citing how domestic investor participation has driven the equities market to new strengths, he suggests there could be a greater upside if international investors were involved.

With the US tightening interest rates and the dollar strengthening, foreign money might exit India and return to the US. But fret not, for funds are likely to return when interest rates change again. A new blue-eyed boy

Grabbing the attention of international investors is not easy. Elisabeth Scott, chair of the India Capital Growth Fund, says: “The art of storytelling, coupled with impeccable research and relationship-building, is key to attracting international investors. ESG [environmental, social, and governance] is a matter of global importance, so reporting parameters like CO2, water usage, supply chain management, staff welfare and diversity in the annual report increases your chances of being picked up by an agency.”

It is also imperative that stakeholders in the local market work with regulators to modify the regulatory language for facilitating foreign investor participation. For instance, in the Philippines, there is a pending regulatory change to accept offshore collateral and recognise the industry standard Global Master Securities Lending Agreement (GMSLA).

But invested companies in the Asia-Pacific region sometimes turn out to be capital-wasters. “If you’ve made a profit, pay the dividends to your shareholders instead of acquiring companies that hardly add value. Besides, it helps your company gain price-to-earnings ratios similar to peers in the US,” Scott says.

The world’s third-largest start-up ecosystem, rising per capita income of the domestic market, a talented labour pool, and a tech industry spearheading global innovation. Foreign finance gurus seem to have found their newest blue-eyed boy of emerging markets in India. Would it manage to come out of the ongoing global crisis unscathed? How does it plan to resolve regulatory compliance challenges? Can it build the infrastructure required to bring home the funds exiting China? Sanguinity prevails, as multinational investors are in no mood to miss their part in the making of an economic superpower.