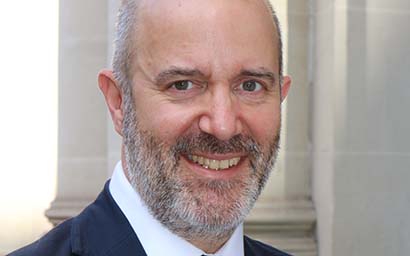 Regulation has reinforced the importance of digital to the securities finance industry. Adrian Dale, head of regulation and market practice at Isla, reflects on this year’s actions and considers the next steps.

In January this year, the European Securities and Markets Authority (Esma) published long-awaited guidance on the Securities Financing Transactions Regulation (SFTR), which in retrospect set the tone for the rest of the year in terms of developmental pressure.

The publication, of course, triggered further debate and further questions, but it importantly allowed firms to finalise development of their reporting process. ‘Go-live’, at that point, was only a few months away, leaving just a few development sprints and an entire testing process to be compressed into three months. In just a few months, the impact of Covid-19 was being felt, not just in market volumes and volatility but also in firms’ resourcing.

Isla, with other trade associations, requested a delay of SFTR which was quickly granted and provided some degree of flexibility around delivery. Now that three of the four phases are live, the industry is taking stock and realising the work still to do and the impacts of such a monumental regulation.

At the same time as SFTR, the Central Securities Depositories Regulation (CSDR) has also been occupying considerable attention, with the industry struggling to understand either how the Settlement Discipline Regime (SDR) could be implemented systemically, or what its impacts would really be. It is clear from the apparent delay in clarification that regulators struggled to answer these questions.

With Covid came an opportunity to assess the impact of SDR more clearly, with those findings that were passed on to regulators playing an important part in the delay of SDR implementation (now due in February 2022).

Still, some valuable work has been accomplished despite the delay. For example, market participants’ renewed focus on settlement efficiency, in addition to the lessons learned from SFTR, have led most to understand the need for standardisation and wider adoption of technology.

In mid-2020, Isla launched a new Digital Working Group to review and respond to fintech regulation, the first response being to the Bank of England’s discussion paper. The group’s other objective was to begin looking at the concept of a common domain model (CDM), where a pilot study began in August and completed recently. The results of that pilot were presented in a showcase event on December 1, which can be accessed on demand via the Isla website.

If we consider the lessons learned from SFTR, CSDR and the CDM pilot, it is clear that our industry is navigating in a digital direction that may finally address issues that have been discussed for many years, but without a satisfactory resolution. In thinking about future plans, we must include the focus of the European Commission, which in September published the Digital Finance Strategy for the EU covering crypto assets, fragmentation and standardisation.

Recognising the increase in regulatory and digital work, Isla recently introduced a broad structure of working groups to cover legal, digital, regulation, market practice, ESG and collateral. We encourage members to join one or more of these working groups. See further at: www.isla.co.uk/working-groups