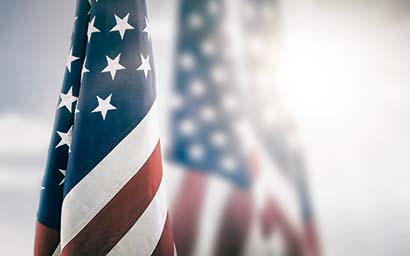 Patrick Colle, CEO of BNP Paribas Securities Services, was fortunate when a client’s merger handed it access to the US ’40 Act market. Now Europe’s largest custodian is set to gain on its US competitors, writes Nick Fitzpatrick.

In 2018, BNP Paribas Securities Services (BNP Paribas SS) announced a deal that was a landmark for a European custodian. It was a deal that would likely make even the firm’s giant US-based competitors take notice, because the French bank was poised to encroach on their domestic market.

The deal happened when Janus, a US asset manager, sold off its administration platform for US 1940 Act funds to BNP Paribas SS, along with 120 Denver-based employee positions. The ’40 Act funds in question fall under the US Investment Company Act of 1940 and are retail funds regulated by the Securities and Exchange Commission.

Patrick Colle, the chief executive of BNP Paribas SS, says the custodian bank had developed an “obsession” with having its own platform in the ’40 Act market. Such a platform would allow other firms, potentially including existing clients, to place their US funds business with the French custodian. Incumbent US custodians that dominate the $18 trillion (€16 trillion) ’40 Act market would invariably lose assets as a result.

Underpinning this obsession was demand from clients for BNP Paribas SS to have ’40 Act capability. International asset managers want to rationalise operations on to one, or at least fewer, platforms. BNP Paribas had spent up to six years, Colle says, looking to find an entrance to the market.

The lucky break, if you want to call it that, came when Janus merged with an existing client of BNP Paribas SS – Henderson Global Investors – to form Janus Henderson Investors in 2017. It was after this merger that the sale of the platform took place.

Yet if luck did play a part, so did a lot of hard work. Indeed, during a tumultuous period for the custodian (in which Colle became general manager in the wake of his predecessor’s sudden departure), BNP Paribas SS came perilously close to losing Henderson as a client.

Changed relationship
As Funds Europe reported in November 2010, Henderson was said to be reviewing BNP Paribas’s asset-servicing mandate that year. Having fought to keep it, the French custodian eventually won in a competitive process, after which the two sides agreed that their relationship would change from a supplier-provider arrangement to a strategic partnership.

One reason BNP Paribas kept the mandate, according to Colle, was its ability to support clients’ merger activities; Henderson had just acquired a UK manager, New Star. “I’m convinced that one of our greatest competitive advantages is to handle mergers,” he told Funds Europe in 2010.

Seven years later, the Henderson/Janus merger stands as one of the most notable asset management mergers of 2017, alongside a deal that would involve another BNP Paribas client, Aberdeen Asset Management, in a merger with Standard Life. Aberdeen has been expanding in the US in recent years and is one client with a ’40 Act business, though it currently uses State Street as its ’40 Act custodian. Were there ever to be a competitive tender between the two custodians, Aberdeen Standard Investments would look at their wider international offerings.

Until about ten or 15 years ago, BNP Paribas Securities Services was mainly a European concern. Under Colle and his predecessor Jacques-Philippe Marson, the bank has chased the right to be considered a global custodian – a term that partially implies providing direct custody in markets rather than relying on sub-custodians.

Regulation since the financial crisis has arguably created a preference for direct, global custody in order that investors’ assets are placed directly on to the books of their main custodian, offering better protection (or at least a clearer target for litigation).

“Our business now runs from New Zealand through to the US, and it is multi-asset,” says Colle, who is French. When he took the general manager job in May 2010 – having previously headed the firm’s operations in the UK, where he lives – he laid out a plan to more than double the revenue share from outside Europe.

Accordingly, in the past decade, BNP Paribas’s securities services business – among other developments – has: won its first Asian clients after obtaining a trustee licence from the Monetary Authority of Singapore in 2008; won the transfer agency brief for Hong Kong’s Harvest Global Investments to help the manager distribute Asia funds into Switzerland; launched local clearing and custody in Peru; and been contracted for global custody by Mirae Asset Securities (USA), a broker-dealer and subsidiary of Asia’s Mirae Financial Services Group. 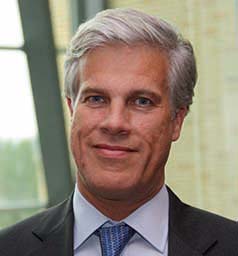 The custodian bank’s expansion in the US started in 2012 when it became a member of the Depository Trust & Clearing Corporation (DTCC) – the US clearing infrastructure. The DTCC is a central securities depositary that any custodian needs access to in order to operate in the US securities market without a sub-custodian intermediary. Membership would mean the French bank could act as a sub-custodian for other banks and become the local custodian for more than 90% of its clients’ global assets. “We were the first non-US bank to do that, to get into the US market,” Colle says.

Novel arrival
The French bank’s arrival was so novel, given the small concentration of huge, domestic custodians in the US custody business, that “when we were launching our US custody offering, we were getting delays – and after asking why, we found out it was because the DTCC had not received an application for any new custody bank in 15 years and did not have a test environment prepared”.

When the Janus platform is opened to third parties, Colle also wants to win US managers as clients, particularly those with ambitions to expand internationally. “We see the mid-tier managers as our target because these firms are the ones that still have more business to do overseas. Being mid-tier means they are not serviced as well as they could be by larger custodians - but mid-tier to us is in fact big.”

He believes BNP Paribas SS has grown faster than the rest of the asset-servicing industry in the past nine years. He also says some business has been turned away out of necessity. “We do not want to chew too much too quickly”.

In the third quarter of 2018, BNP Paribas Securities Services saw revenues of €503 million, an increase of 5.6% on the same quarter in 2017. Excluding the effect of the transfer of a correspondent banking business from the French bank’s corporate banking arm, revenues were up by 2.7% as a result of business growth and new mandates.

According to the company’s results, assets under custody/administration were up 2.1% compared to September 30, 2017 and the number of transactions had risen 2.5%. Asset servicing is a market growing at 5% per annum, Colle adds, and says that the first and second quarters of 2018 were the “best-ever quarters for the whole industry”, thanks in part to net interest earnings on cash balances held for clients.

“The higher the rates, the more potential for spreads to be higher,” he says, with reference to upwardly moving central bank rates. “When rates are zero, it’s hard for custodians to extract 25 basis points of spread. Custodians have been very squeezed by rates and still are in Europe, though less and less in the US.”

In virtually any ranking you will find of assets under custody/administration, BNP Paribas has for years been the top European player. Globally, it falls into fifth place behind Bank of New York Mellon, State Street, JP Morgan and Citigroup. At the end of the third quarter of 2018, it had $13.8 trillion of assets under custody – lagging behind Citi’s $18 trillion, according to Trefis data (see table, previous page).

“Eight to nine years ago, we were not even half the size of Citi in asset terms, but today we are three-quarters the size,” Colle adds.

Overtaking Citi would be a milestone. He downplays this when asked – but does say that in 2017, based on reported revenue figures for the fourth quarter in dollars, BNP Paribas Securities Services was “a whisker above” its rival.