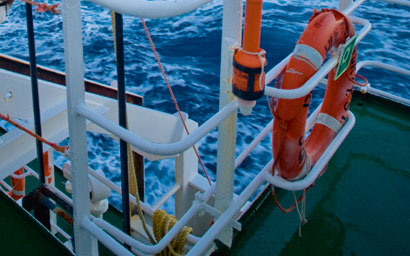 Nicholas Pratt examines the implications of an FCA fine imposed on BNY Mellon in April for breaches over custody rules, and asks if asset managers should be doing more to review their custody arrangements.

The failures took place during a six-year period between November 2007 and August 2013. The fine is the largest of its kind and was issued to BNY Mellon’s London branch (BNYMLB) and BNY Mellon International (BNYMI). A previous penalty imposed on a bank for Cass failings was the £38 million fine slapped on Barclays. In its final notice in the BNY Mellon case, the FCA outlined a series of regulatory breaches, including a failure to implement adequate organisational arrangements for safeguarding client assets, and for maintaining records and accounts on a global rather than entity-specific level.

In addition the FCA found additional failings by the two businesses, which included failing to take the necessary step to prevent the comingling of safe custody assets with the firm’s own assets held within 13 proprietary accounts and, on occasion, using safe custody clients held in omnibus accounts to settle other clients’ transactions without the express consent of all clients concerned.

Although there was no actual loss of client assets, the FCA’s fine was based on the fact that the businesses were deemed systemically important and that the failings took place at a time of considerable stress in the market.

At the heart of these breaches was the bank’s use of global custody platforms and omnibus accounts that made it difficult to maintain books on an entity-specific basis. And, more grievously, the co-mingling of the banks’ own assets with those of their clients.

There has been a strong reaction from the investment industry to the fine. For some, the greatest concern is the fact that BNY Mellon is the world’s largest custodian (BNYMLB alone held as much as £1.3 trillion assets under custody during the 2007-2013 period). If it can fail at standard practices like the segregation of client assets, then what can we expect from less resourced custody banks?

As the head of one European custody bank remarked: “Some of the customers did not know who they were contracted to and that is a major problem, because it should be clear who your provider is and who you should contact if there is a problem.”

There is, however, some sympathy for BNY Mellon as regards the failure to demonstrate adequate reconciliations of any shortfall. Chris Finney, partner and head of Anglo-American law firm Cooley’s international financial services and fin-tech practice, suggests that there were a number of leaps of faith and logic made in the regulator’s judgment in pursuit of rule breaches that might not have occurred but were necessary to justify the £126 million fine.

“For example, how was the bank to know that ‘regular’ reconciliations meant ‘every six months’ instead of ‘at regular intervals’ as the rules seemed to suggest? And how could it properly be fined for failing to fund a shortfall, when there was no evidence that a shortfall existed?”

SET DOWN A MARKER
The opposing view is that it is surely better to act before a breach has occurred and set down a marker to avoid another Lehman Brothers scenario. To use an analogy, the regulator is fining the bank for missing a drugs test rather than failing a drugs test. But, says Finney, there is no reason to think that this bank was anything like Lehman, or that its client assets were ever at the slightest risk.

“If the FCA wants to raise standards, then it makes sense for it to identify rule breaches and impose fines, even if the breach didn’t cause any harm. That would make sense. This is a major bank. It is a big name and imposing a big fine on it sends a serious message to other banks that might also be breaching the client money rules. But as regards the ‘shortfall’, the burden of proof has been reversed. The regulator is saying that ‘you might have broken the rules, you cannot prove that you haven’t, so we’re fining you’. That seems unfair to me.”

There are also issues with the CASS rules themselves, says Finney. Despite the changes made in June 2014, the rules are still complicated, sometimes ambiguous, and difficult to comply with in practice.

“The requirement for constant reconciliations and separation of client money is right and proper in many respects – when it’s clear what the rules require,” he says. “But for a very large firm like BNY Mellon, developing and maintaining the systems required to do this, and then running them, is very expensive. Rule changes and rule ‘clarifications’ that require system changes can make these things worse.”

HIGHER STANDARD
Others are less forgiving. “Rules are there to be met and custody banks should hold themselves to a higher standard,” says Andrew Clark, senior banking analyst at Thomas Murray IDS, a company that monitors service providers.

“I have some sympathy for BNY Mellon in that the Cass rules are pretty complex, they have not always been easy to apply and the FCA should maybe have done more to ensure that the banks clearly understood the rules. But BNY Mellon is a big bank with much more resources than the average investor.”

On a positive note, the FCA’s actions will have made pension funds and institutional investors even more aware of assets safekeeping, an issue that suddenly came to prominence following the mass confusion around client assets that resulted from the Lehman default in 2008.

Investors now understand the importance of their custodians for safekeeping and the necessity of segregation of assets, but not all of them understand the intricacies of the custody chain. For example, many securities are held at central securities depositaries as part of an omnibus account and if a custodian mismanages that process, clients will be delayed in retrieving their assets or may not get them back at all.

“So, the FCA is right to focus on this,” says Clark. “It is probably a necessary evil to impose a fine like this.”

It is also likely that BNY Mellon is not alone in all this. There is a regulatory filing that reveals another large global custodian is under regulatory investigation, according to Clark. This is not to say that there are not custodians out there who are able to meet the standards demanded by regulators. Or even that those fined in the past have not been able to correct system deficiencies.

A statement issued by BNY Mellon following the fine refers to “the clear steps taken to put in place a framework of new and improved policies and operational procedures”.

According to Etienne Deniau, global head of business development for asset managers and asset owners at Societe Generale Securities Services (SGSS), practical steps can be taken to ensure clients’ assets are suitably segregated from the bank’s assets. This involves different systems, teams, ledgers and so on.

Custodians should also ensure that clients’ assets are segregated on the basis of their behavior. For example, ‘flow’ clients such as broker-dealers should be separated from ‘position’ clients such as asset managers at the sub-custodian and central securities depositary level, and neither should have their assets used to cover shortfalls for the other.

But there is also a responsibility on asset managers to be more demanding of their custodians. Clark says: “They should be asking how their assets are held, through omnibus accounts at the global custodian or the CSD? How are they accounted for? Should one of the counterparties [fail], are there things that we should be doing?”

Custodians should also be improving the way they communicate about these issues with their investors, says Clark. “We have done a number of asset safety examinations with custodians. Client-facing staff do not always understand the complexity of the issue and we have had to go to great lengths to get the information data that we need. Banks should do more to make this information available and frontline staff should be better trained.”

RIGMAROLE
But while custodians will find that asset managers are far more demanding in the wake of the BNY Mellon case, they can at least be reassured by the fact that custodian/asset manager relationships are generally sticky enough to survive any current concerns inspired by the BNY Mellon case, because few managers really want to undergo the rigmarole of changing providers, says Clark.

“We are seeing some very large institutional investors moving from a sole custodian to a multi-custodian approach or employing a shadow/back-up custodian, but the majority will simply be looking to work with their existing custodian to get a better service level and improved account holding structures that mitigate asset safety risks.”