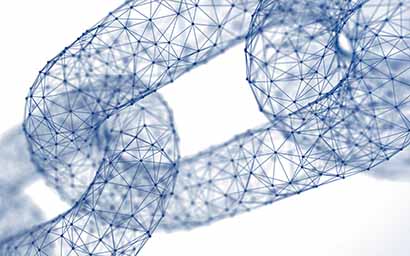 Funds Europe’s latest research project, in partnership with Clearstream, looks at whether commercial incentives to achieve transparency have created confusion about the appropriate distribution model for cross-border funds.

In the name of transparency, asset managers are increasing their calls for more data about the distribution supply chain. Their primary motivation is commercial. A better understanding of the end client ought to make it easier for managers to measure and improve the performance of their distributors, marketing teams and product developers.

Regulation has given impetus to this demand for transparency. Rules designed to halt money laundering, on the one hand, and to prevent product mis-selling (the second Markets in Financial Instruments Directive, or MiFID II), are being used to justify the increased sharing of client data with managers.

But in the funds world, an often overlooked problem is that possession of customer-level data is a burden. If total transparency obliges asset managers and their transfer agents to hold records of every individual investor, a significant administrative duty will be assumed – with potential punishments for non-compliance. Not only that, but the potential duplication or triplication of administrative work may reduce the overall efficiency of the funds market.

Different practices
Part of the confusion about the feasibility or desirability of total transparency comes from the variation in market practices seen within Europe. Some markets are very far from being transparent. In France, for example, transfer agents typically sit behind regulated entities, namely banks, in the distribution chain. Individual investors generally do not transact directly with transfer agents, which are not in the habit of maintaining records of individual investors. Instead, transfer agents trust the regulated banks to do the various anti-money laundering and counter-financing of terrorism (AML/CFT) checks on their behalf. This type of practice might be called the correspondent banking model.

Luxembourg and Ireland are not that dissimilar from the French model. Although these are registrar markets, there are, in reality, only a few large institutions that appear on the registers, namely Clearstream, Euroclear and a handful of large banks. As in France, these institutions are regulated and have historically been trusted to carry out AML/CFT and other checks.

The UK is something of an exception to this model. In the UK, transfer agents have been geared towards dealing directly with the end investor. This practice arose in part because the structure of the UK’s distribution market, unlike elsewhere in Europe, is not dominated by banks but includes a large number of independent financial advisers. The UK model is closer to full transparency than, for instance, the French model. That said, the Retail Distribution Review (RDR), a piece of regulation implemented in 2013 to reform the way advisers charge for financial advice, has altered the UK market by causing more assets to flow to intermediaries, such as fund platforms, and this trend has tended to reduce overall transparency.

Guidelines
Do European regulations call for more sharing of customer-level data between distributors, transfer agents and fund managers? This is not necessarily true, according to documents such as “Joint Guidelines under Articles 17 and 18(4) of Directive (EU) 2015/849 on simplified and enhanced customer due diligence and the factors credit and financial institutions should consider when assessing the money laundering and terrorist financing risk associated with individual business relationships and occasional transactions”.

The document does make a recommendation that fund managers take measures to identify and verify the identity of individual investors underlying a financial intermediary. However, the document allows that, to the extent permitted by national law, and provided the situation is “low-risk”, fund managers may trust an intermediary with this identification process and to carry out the necessary AML/CFT checks. This outsourcing of responsibility is allowed so long as the intermediary meets certain requirements, namely that it is regulated in a European jurisdiction or one with an equivalent regulatory regime.

Similarly, MiFID II will not necessarily require more sharing of customer-specific data. Its goal with regard to fund distribution is to prevent mis-selling of funds, for instance the sale of high-risk, sophisticated investment products to unsophisticated retail investors. The directive requires fund managers to exercise oversight of their distribution supply chain to prevent mis-selling, but it may be that aggregated and anonymised data in which end investors are split into categories (retail, professional, institutional, etc) would be sufficient to meet this obligation.

Risks ahead
Recent research has shown that funds industry professionals are aware of the risks involved with holding customer data. A survey by Funds Europe in partnership with Clearstream found that 72% of 101 respondents in a poll agreed that “fund companies should be careful about how much customer-level data they receive because each piece of data incurs regulatory responsibilities”.

Cross-border fund distribution networks help to explain why full information-sharing is burdensome. Let us take the example of a Luxembourg-domiciled Ucits fund that is managed by a Dutch asset manager and distributed by an intermediary, a regulated bank, in Italy.

Under the traditional model, the Italian distributor is responsible for AML/CFT checks and is the only participant in the chain that keeps customer-level records. By contrast, in a total transparency model, the customer records would be triplicated and held by all three participants.

From a compliance point of view, one might ask what purpose is served from this copying of data. The Italian bank is closest to the client and presumably best placed to determine the client’s risk of money laundering or involvement in terrorism. Lacking a close relationship with the client, the Dutch asset manager would struggle to conduct its own AML/CFT checks. Yet, by holding the client data, the Dutch manager is exposing itself to regulatory action if the client is found to have laundered money or breached a sanction.

Blissful ignorance
With all that in mind, it might be wise for asset managers and transfer agents to be careful what they wish for. The commercial benefit of possessing customer-level data must be balanced against the administrative burden and regulatory liability entailed. As the saying goes, ignorance is bliss. Of course, some fund companies may argue the commercial imperatives outweigh the risks, but even they must recognise that there is a trade-off. Total transparency, for asset managers and transfer agents, has both a positive and a negative side.

For the following roundtable discussion, Funds Europe asked experts on fund distribution to discuss the merits and pitfalls of full transparency.