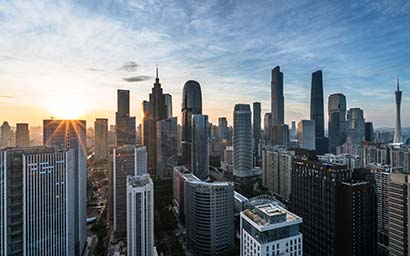 The China A-shares market has been booming and foreign investors have been piling in, writes Fiona Rintoul. The question on everyone’s lips is: can it last or are we looking at another 2015?

If such crystal ball gazing is tricky at the best of times, right now, it is impossible – and perhaps asking the wrong question.

Whatever happens over the coming months, China’s long-term potential is almost undisputed. But even for long-term investors, it remains a unique and complex market that requires a nuanced approach. There is a lot of noise – both positive and negative – that can be distracting. So, what are the best routes in for European investors?

Go off the beaten path
A key “disconnection” identified by Wenli Zheng, portfolio manager at T. Rowe Price Hong Kong, is that – despite all the hype – China is typically “way under-represented” in global investors’ overall asset allocation.

“China’s overall market cap is 17% of the global total,” he says. “The GDP is also 17%. But in a global index like the MSCI World index, China is only 4%. Most foreign investors allocate capital based on what the index looks like.”

For Zheng, the index is a “lagging indicator” that does not reflect the opportunity set. A further disconnection occurs, in his view, because within their China allocation, investors typically do not allocate enough to China A-shares.

“China A-shares is about two-thirds of the opportunity in terms of number of names and overall market cap, but average foreign investors only allocate maybe 10% of their China fund assets into China A-shares,” he says.

And where investors do allocate to A-shares, they tend to be heavily exposed to well-known names such as Alibaba and Tencent. For Zheng, this is again an index problem: 50-60 mega-caps account for around 65% of the index and “the average China fund” allocates 60% to those names.

His “95% active fund” does not allocate to any of those names, which can in any case be bought cheaply through an ETF or passive fund. Instead, it allocates to companies with a market cap of US$30 billion or less, finding opportunities in China A-shares, Hong Kong-listed shares and overseas companies “with meaningful exposure to China”. The result is a portfolio of 40-80 stocks that Zheng says is correlated neither to the overall market nor the macro situation.

Older and wiser
T. Rowe Price did not launch its China fund until 2019, and it is perhaps a mark of China’s growing maturity as a market that a fund of this nature is now possible. Hugo Robinson, head of Arisaig Global Emerging Markets Consumer fund, believes China has improved “a huge amount” over the past ten years – and even over the past five years – in terms of the quality of listed businesses.

This makes China “a much richer pond to fish from” for the likes of Arisaig Partners, whose strategy is to invest over the long-term in high-quality growth franchises. And while Arisaig Partners is not motivated by the argument that China has become a safe haven because it dealt better with Covid-19 than other places in the world, Robinson does see the pandemic accelerating certain existing positive trends, including digitisation, with already strong digital businesses getting stronger this year.

“They benefit from the deep pool of human capital they have in China, very good management quality and the sheer scale of the market,” says Robinson. “The vast internal market within China is very well-suited to business models like e-commerce.”

In a less obvious way, “boring” staple-type business that sell things like soy sauce have also benefited indirectly from the pandemic, as it has accelerated the existing theme of consolidation. Arisaig Partners has a big exposure to the condiments sector, owning Foshan Haitian Flavouring & Food Co. Ltd, China’s largest producer.

“These big, really high-quality businesses like Foshan Haitian are able to continue producing and distributing and they are able to gain market share from some of the weaker players that just aren’t able to operate in this environment,” says Robinson.

Another “boring” business, this time in the T. Rowe Price portfolio, is Country Garden Services Holdings. This property management company fits with Zheng’s goal of generating value over a long duration of growth and at 6.11% is his largest position.

“It’s a great business because you have to pay one month or sometimes one year in advance, so cashflow is a lot higher than earnings, and they keep expanding,” says Zheng.

Retail investor volatility
But however good the business model, some investors in China are concerned about valuations. Ashish Swarup, investment analyst and portfolio manager at Aikya Investment Management, runs a portfolio focused on quality family and entrepreneur-run businesses and finds few opportunities in the Chinese market because of pricing levels.

“A lot of the market is retail-driven, and retail investors might be driving it to unsustainable levels,” he says.

Currently, the firm’s emerging-markets strategy has a small position in Chongqing Brewery – and that’s about it. Hangzhou Robam, a kitchen appliance manufacturer, is on its quality list but is not held in the portfolio, for valuation reasons.

Shao Ping Guan, head of Greater China equities at Goldman Sachs Asset Management, suggests that an influx of high-growth companies to the listed market could help with this problem by putting downward pressures on the prices of individual growth stocks. The new companies should also expand and enrich the overall investment universe.

“We expect corporate sector R&D to receive a great boost, as the queue for IPOs has become shorter with the introduction of the IPO registration scheme while the number and quality of applicants is increasing, as evidenced by some Star board and H-share and A-share dual-listed names,” he says.

State influence
Swarup also has other concerns about the Chinese market. He sees a disjunct between the Chinese people, who are very entrepreneurial, and the communist system. This is, of course, the elephant in the room in all discussions about China. Swarup is refreshingly clear that he prefers countries where there is rule of law, finding it just as hard to invest in Russia as he does in China, and leaning more towards countries such as India, Chile, Indonesia, the Philippines and South Africa.

These issues are perhaps more pronounced for a portfolio that targets family-run businesses. “A large part of the Chinese economy is controlled or influenced by the state,” says Swarup.

This can be a particular problem in the technology sector, where some important businesses remain in state hands.

“When it comes to software, algorithms and so on, the most interesting things are not necessarily done by companies that are listed on the stock exchange,” says André Köttner, co-head of equities at DWS. “The Chinese prefer to keep that to themselves.”

In a global portfolio, this can be an argument to prioritise US tech over Chinese tech. However, China managers see adequate tech opportunities on the listed market, pointing out that unlisted companies such as ByteDance and Huawei carry considerable political risk in any case.

“Given that Ant Group is going to be IPOing this year, once that is listed you have 80% of the real cream of the crop in Chinese tech,” says Robinson. “Beyond that, there’s not a huge amount that is exceptionally high-quality that isn’t listed.”

Ultimately, the political risks in China are a known problem. Tensions in Hong Kong and the outcome of the US election in November may aggravate them, but most investors in the country understand the risks and will not be swayed by that.

Certainly, very long-term investors such as Arisaig Partners, which has held the likes of Hong Kong-based Vitasoy for more than 20 years and has a client base of committed institutional investors who are more like partners, won’t be distracted from their knitting.

“The longer you hold a business, the better you understand it,” says Robinson. “That’s what we’re trying to achieve.”

The flip side
Some of the geopolitical problems that China faces also have a flip side. Zheng notes that the US-China trade war has made it easier for Chinese semiconductor companies to gain local market share.

In any case, some of these problems may simply be part of the country’s – and the world’s – evolution. China is moving up the value chain. Zheng predicts that 30 years from now, more than 40% of the Chinese population will have a college degree.

This is helping to drive growth in areas such as engineering. But China’s biggest asset is perhaps the entrepreneurial population admired by Swarup. Zheng notes that the names at the top of the rich list change every five years in China, whereas elsewhere they are more static.

“That is an indication of how dynamic the market is and how much innovation and disruption is happening in the market,” he says. “Those are the key opportunities for China.”