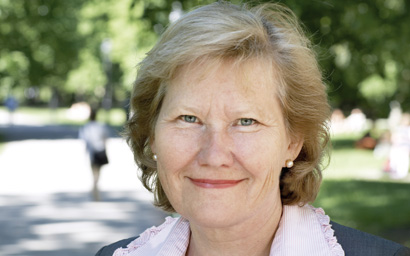 There is no other country where levels of fund saving are as high as in Sweden. Virtually all adult Swedes save in funds nowadays, thanks to the Swedish premium pension system, and 66% of children also have their own fund savings.

But the average fund saver’s know-how is still limited when it comes to what they are actually investing their money in. Only three out of every ten people, for example, know that returns are reported after fees have been deducted.

It is also difficult for an individual saver to choose from all the various different funds. Many people believe that the cheapest fund and the best fund are one and the same thing. The Swedish Investment Fund Association’s (Sifa) most important task in the long-term is to increase savers’ know-how so they can make more informed choices.

In 2010, Sifa launched the Fondkollen (fund check) project, which provides a multi-channel resource – through the internet, applications and printed material – for retail investors to obtain practical tools used in selecting and following funds.

Up until now, Fondkollen has targeted the premium pension segment. In April, however, we will release a new version of the Fondkollen website where we broaden its scope to include tools for other forms of savings into funds.

Hanna Helgesson was appointed the association’s first financial savings economist in late 2011. She will be working in a way that focuses on savers’ interests. That will include the work on the association’s Fondkollen project, for example.

Moreover, it will involve the production of small-scale studies, analyses and sample calculations, based on a range of situations in which many people find themselves. This includes saving for children or the sort of things students should be thinking about when it comes to savings.

Sifa is actively taking part, through the Gilla Din Ekonomi (Like Your Finances) network in a project whose initial stage involves workplace-based training in personal finances.

Gilla Din Ekonomi was initiated by the Ministry of Finance and designed to increase levels of public financial education in society. A number of authorities, organisations and companies are working on the project, aiming for a network in which different players can work together and benefit from each other’s resources, expertise and contact networks.

Sifa is also a co-financer of “Ung Privatekonomi” (Young Personal Finances), a school information project that trains around 15,000 young people at Sweden’s upper secondary schools every year on the subject of personal finance and saving.

The association is also one of the principals behind the consumer information agency, the ­Swedish Consumers’ Banking & Finance Bureau. These projects are part of Sifa’s focus on increasing savers’ know-how when it comes to fund-based saving and we want 2012 to be our “know-how year”.