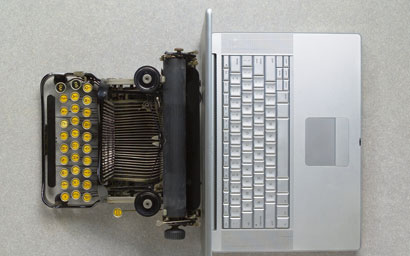 Friends Life Investments’ Luke Ransley talks about the legacy problems associated with in-house installations and discusses whether the trend towards outsourcing will prevent similar issues arising in the future.

Historically, legacy issues have arisen in two main areas – systems and applications. For the former, the issues are largely down to vendors. “The operating systems on which the applications are run, go through various upgrades until the point when they are no longer supported by the vendor,” says Luke Ransley, operations head at Friends Life Investments.

“We have seen this recently in mainstream computing with Windows XP. So IT managers have to work with vendors to ensure that they are always on upgraded versions, at least for the core systems. If they are small departments, you may resist the urge to upgrade,” he says.

“This leaves you with a choice of either upgrading to the latest version or spending a lot of money to move to a new system.”

The applications themselves are also subject to new version releases and, depending on how embedded these applications are, a radical change in a firm’s business model may require new applications and render existing ones as legacy.

For example, the requirements of new regulations such as EMIR and MiFIR will require firms to do their own reporting, rather than relying on their brokers. Consequently, this will force many firms on to the latest versions of their applications.

He adds that data management is another area exposing the legacy systems within firms. “When you undergo significant version upgrades, it can make it very difficult to retrieve all of the data that was on old systems prior to the migration.

“One option is to do an Excel download of the data you need prior to the migration. But there are also more sophisticated tools that enable you to read the data and act as a repository. You have lost the application, so you need an integration programme where you can have pre-defined fields to enable you to extract the data.”

A NEW START
Making the tough decision to move from a legacy system to a new platform can often be dependent on the nature of the system in question, says Ransley. Core components such as the order management, portfolio management or investment accounting systems are the ones that cause most concern. However, if it is a broker research tool, the legacy issue is less significant, increasing the likelihood that it will be retained for as long as possible.

That said, the traditional tale of an asset manager with a 20-year-old system that has not been updated for six years, or is weighed down by a mismatched array of homemade, Excel-based add-ons, is most likely a thing of the past, says Ransley.

“These days, IT departments have much more of a say over people developing their own systems,” he notes.

In the past, fund managers would ask to have a C++ programmer working in the front office to do some minimal coding. Before you knew it, these proprietary programmes had become critical parts of the infrastructure, impenetrable to all but the individuals who had developed them.

“It is now less likely that firms will have these systems that cannot be supported once the original developer has left,” says Ransley. “IT departments have policies about what systems you can use and the way that data is stored and managed – and there is much more risk assessment around IT governance that make these legacy issues much more visible.”

Issues such as these should not arise at Ransley’s current role at Friends Life Investment. The internal investment management arm of Friends Life (a firm created in 2011 from the amalgamation of Friends Provident, the majority of the Axa UK life insurance business and Bupa Health Assurance) has too short a history.

As Ransley puts it: “We are only two years old and we outsource everything.”

The firm employs two major outsourcing providers. For order management, it uses a front-office vendor’s managed service. “They run it all for us,” says Ransley. “We get asked if we want to go on to the next release, so that we are either on the latest version or not far off.” For investment operations, Friends Life Investment uses the outsourced offering of one of the major asset-servicing providers.

SHIFTING THE BURDEN
Of course, opting for outsourcing does not eradicate the legacy problem, but transfers it instead to the provider. The argument goes that these providers will be much more motivated to avoid any such problems.

Ransley cites the issue of downstream implications that arise from system upgrades.

“A lot of firms will build functionality on their current applications. Then, when it comes to upgrading, you have to check that all the programmes running off it will still work on the new platform. If there are any issues that arise with subsidiary systems, then it can be enough of an impediment to prevent upgrading,” he says.

Most outsourcing providers will be well aware of these potential problems, he adds.  “That is the benefit of looking outside for technology – the experience of the vendors.”

Not only do the outsourcing providers have to manage the different demands and system set-ups of each client, they also have to aim for as much standardisation as possible and try to ensure that different systems are able to communicate with each other.

This is something that has been highlighted by regulators as well. For instance, the ‘Dear CEO’ letters, sent by the UK’s Financial Services Authority in 2012, drew attention to the operational risk that could result from asset managers’ outsourcing relationships if there was no contingency plan in place to enable them to switch from one provider to another.

To allay these fears, it is essential to ensure more standard interfaces and compatibility between the various third-party systems employed by outsourcing providers. Moreover, there has to be full transparency for their asset manager customers.

Fortunately, most vendors are beginning to organise themselves to be more transparent, says Ransley. “With our providers, we get told what version we are on and whether we want to go on to the next version. We get the same level of transparency that we would expect if we were running these systems in-house.”