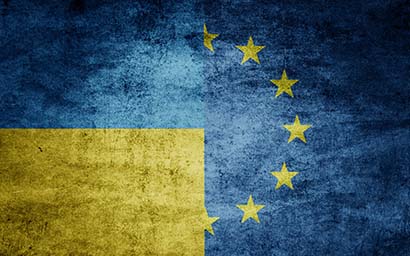 Funds Europe speaks to fund managers about their European outlook in the face of war. Not everything has changed, finds David Blackman.

“Buy on the sound of cannons,” is the first half of the famous investment adage credited to Nathan Rothschild, who made his fortune during the Napoleonic Wars.

However, since the outbreak of hostilities in Ukraine, European investors have not heeded the 19th century financier’s advice that the outbreak of war presents investment opportunities.

A surge of outflows following Russia’s invasion of Ukraine made February the second-worst month for equity funds worldwide since July 2020, according to Calastone’s monthly analysis of fund flows across its fund transaction network. European funds were among those hardest hit by these outflows, it showed.

Up until February 23, funds enjoyed inflows of £646 million (€770 million), but in the final three trading days of the month that followed the war’s outbreak, investors pulled out £604 million. This resulted in net inflows falling to just £42 million in February, which was 96% lower than the average monthly inflow over the previous year and a 79% fall on January, according to Calastone’s figures.

However, Tom O’Hara, fund manager at Janus Henderson Investors, says: “Fund flows have been out of Europe: global asset allocations are reassessing the risk premiums that they apply to Europe as a region.”

Michael Herzum, head of macro and strategy at Union Asset Management, agrees: “We have seen a massive selloff of European equities immediately after the invasion, which has resulted in massive outflows for European funds.”

This nervousness is “understandable”, says O’Hara: “When things are as uncertain as they are with a war, a chunk of people will get out and capital preservation mode kicks in.”

But this picture of heavy selling is not a universal one.

Caution rather than fear
Calastone’s analysis suggests that the immediate post-invasion outflows were driven more by caution than fear among investors. The value of buy orders fell by 22% during the last three days of February, compared to the average earlier in the month, outpacing a 9% increase in sell orders.

Observing that the last month has been characterised by volatility with a pattern of heavy selling followed by short-term recoveries, Frielinghaus agrees that the predominant watchword among his predominantly pension fund investors is caution.

He says: “Our investors still seem to be hesitant to sell equities: on the other hand, we don’t see many inflows either. Most investors seem to be standing on the sidelines and waiting to see how Russia and Ukraine turns out.”

Risk appetite “collapsed” on February 24, says Herzum at Union Asset Management, since which time the flow of funds has been towards sectors such as materials.

Retail investors took longer to join the selloff than their institutional counterparts, having benefited from past success in taking a riskier approach, says Herzum. “Retail investors had a good track record with the ‘buy the dip’ sentiment, so it took a while before they changed their behaviour.”

Lewis Grant, senior portfolio manager, global equities at Federated Hermes, has seen investors shifting towards defensive investments as fears of recession have grown. “It is too soon to be shopping for bargains and in this environment, remaining diversified is crucial,” he says, adding that his fund is focusing on energy and healthcare stocks that can be expected to deliver strong cashflow growth this year.

Frielinghaus agrees that there has been a shift towards these defensive sectors of the equities market.

O’Hara says risk appetite is lower in Europe than in North America, reflecting the latter’s much greater energy self-sufficiency and physical distance from Ukraine, together with the federal government infrastructure spending stimulus that is still washing through the US economy.

This broader picture of relative bearishness on European stocks applies even to those sectors, such as fossil fuel producers, which have benefited from the current crisis, he adds. “When oil prices and gas stocks have been going up, European oil and gas majors have been underperforming their US peers.”

Robust growth
The ongoing geopolitical crisis marks a sea change from a couple of months ago when the market’s focus was on how central banks would respond to historically high rates of inflation.

Back then, the main issues exercising equity managers were the consequences of the economy’s reopening as the relatively mild nature of the Omicron variant signalled the end of the long Covid-19 pandemic.

The momentum generated last year by the lifting of coronavirus restrictions on Europe’s economies is widely expected to ensure that the continent will grow this year.

And at Janus Henderson, O’Hara says his portfolio has a “reopening tilt” in it. As an illustration of both how this works and of the sentiment towards economies, O’Hara says the portfolio now has an increased exposure to Ryanair, the budget airline.

“Consumers will want to do a lot of things they haven’t been able to … People are going to be desperate to go on holidays and have already booked flights. Travel is going to happen – unless the airspace gets closed because things get really nasty.”

The desire to go on holiday, which has been repressed for the past two years, means customers may even stomach higher jet fuel costs, says O’Hara. “They have to think about fuel costs, but they are in a position of very strong pricing power because people still have a propensity to travel.”

However, these higher fuel costs, resulting from the imposition of sanctions on Russia, will have wider ramifications across Europe’s economy.

Tricky inflation
Meanwhile, food inflation will be fuelled by lost production in Ukraine, which is one of the world’s biggest exporters of grain, and the knock-on consequences of the gas price hikes on fertiliser costs.

Savry sees depressed consumer sentiment, high prices, and negative real wage growth weighing on consumption throughout the first half of this year.

The pinch increasingly facing European consumers places central banks on the horns of an awkward dilemma.

While a backdrop of war and economic sanctions means they don’t want to tighten monetary policy, rate-setters are under pressure to curb high inflation before it becomes baked in, says O’Hara: “Inflation is starting to proliferate. Once it gets into wages, it gets tricky because it becomes a cycle.”

While the market has started to price in the probability that the current interest-hiking cycle will be slower and less dramatic than previously anticipated, the European Central Bank remains committed to a “hawkish” stance, says O’Hara.

“The sense is that central banks will continue with their hawkish direction of travel. It took a long time to get the market ready for the prospect of tighter interest rates, so they won’t want to U-turn,” he adds.

A stagflationary environment of high inflation and lower growth is not the best environment for any investment, including equities.

Holding equities can offer some protection against inflation, says O’Hara, because in the longer term, equities are companies and companies pass through inflation in pricing.

“We don’t necessarily want to be exposed to mass-market retail, but the equity market as a whole is a form of protection. Over time, revenues will grow to match the level of inflation in the economy.”

And investors currently have few options, says Frielinghaus. “The alternatives are just not there. If you look at the current financial environment, equities are still attractive given, for example, zero yields in Europe.”

Geopolitical turbulence will be an opportunity for active investors to prove their worth after being outperformed by passive funds over much of the past decade, he says. “Since the financial crisis, beta was the place to be and now that has changed.”

This adds up to a challenging outlook for cross-asset investors for the next five years and not just 2022, says Herzum, who expects value stocks to outperform growth strategies for the next three to four years.

Shorter term though, much depends on how long the conflict in Ukraine continues and if it spreads beyond the country’s borders, says Frielinghaus. “The risk at the beginning of wars is that other countries get involved and it gets even worse.”

If things do not take this turn for the worse, history suggests that markets settle into new patterns even during wartime. “Markets get used to war,” he says.