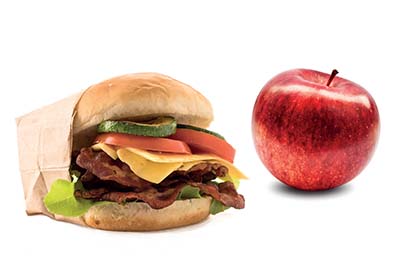 Third-party management companies (ManCos) – which offer fund managers an outsourced operational and regulatory infrastructure, including staff and IT – are burgeoning, with private equity money behind them. A regular stream of M&A is seen as the sector develops.

It is also becoming clear that comparing one ManCo with another is like comparing an apple to a cheeseburger. There is also a question mark over how the third-party ManCo sector will eventually look after this intensive period of activity.

Many asset managers have their own internal ManCos. In Ireland these are known as self-managed investment companies (Smics). But Brexit has led UK fund managers to need ‘substance’ on EU soil. This, and a broader need for investment firms to operate at a global level – or create the scalability for it – make third-party solutions important. The same driver of globalisation is partly behind consolidation between third-party ManCos themselves.

ManCos in Luxembourg number 314 at the last count, with 136 ‘super ManCos’. Again, many will be internally run by fund managers themselves, but there is a burgeoning market in third-party services in Luxembourg, too.

Third-party, or ‘external’, ManCo providers have been involved in M&A between Ireland and Luxembourg. Dublin-based DMS tied up with Luxembourg’s MDO in June 2020 and Duff & Phelps, which already had a ManCo business in Luxembourg, also entered Ireland’s ManCo market.

MJ Hudson acquired Dublin-based Bridge Group, adding to its capabilities in the UK, Luxembourg and Guernsey.

Similarly, Michael Reinhard, chief executive of Germany’s Universal-Investment Group, said internationalisation of its business was a key reason for entering the Irish ManCo market when it acquired the 350-year-old family-owned Metzler Ireland Limited, sister company to Germany’s oldest private bank. The move added €2.8 billion and 20 employees to Universal-Investment, which has €625 billion in assets under administration.

Last year, Dublin-based ManCo service provider KB Associates expanded its remit to Luxembourg following the acquisition of EFG Fund Management, which also has a ManCo of its own in Luxembourg.

Paul Spendiff, group head of business development at “market-neutral” FundRock – itself acquired by Apex Group in 2020 – told Funds Europe that drivers of M&A among external ManCos included investor sentiment moving in favour of onshore-regulated products, higher substance requirements in the legal domiciles where ManCos are, globalisation of business, costs in general, and greater demand for ESG capability and technology solutions.

According to Spendiff, the ManCo market broadly delineates three ways, with third-party ManCo providers, inhouse ManCos within fund management firms, and others that provide specialist services. Each ManCo business will have an emphasis on either quality of quantity.

Increased regulation and substance
Greater regulatory requirements – including the need to bolster senior leadership teams in specific roles – and technological development could be causing many Smics and smaller managers to look externally for ManCo services.

Spendiff says: “Given many ManCos are serving inhouse clients as opposed to third-party external clients, it can be difficult for them legally in terms of delegating to Delaware or Berlin. For example, how do you show that your system is different to their system? You can’t have the same system as that will simply recreate the same results and leave the ManCo lacking on oversight – and different systems are expensive.”

He says that in the past, launching a ManCo with €1 billion in assets was deemed viable. But the reality is now more like €10 billion for it to make financial sense.

Internal ManCos might not even make sense for substantial managers, says Spendiff. “The costs are expensive and, with the increased substance required, the people you need to have in place are getting rarer and rarer. You can find the people, but at a cost – always at a cost.”

Patrick O’Sullivan, founder and CEO of Ballybunion Capital, says there could be more than 200 ManCos registered in Ireland, but maybe only a dozen or so provide third-party management services.

“It will be impossible for some [fund managers] to build a ManCo from scratch and have all the required bodies in place – that will cost the manager. In the past you perhaps needed four or five people in the [local] market, but latterly that might be more like 15 or 20.”

The ‘Observatory for Management Companies 2021’ barometer, published by PwC, stated that only larger players “have the necessary resources to respond to a heavy regulatory environment, manage increasingly complex assets, and respond to clients’ demands and needs”.

In Ireland, where regulator the Central Bank of Ireland has put a sharp focus on the governance abilities of Smics, there is significant business to be won by external ManCo providers. In fact, Spendiff says Smics “are dead”.

Third-party ManCo business has even turned into an opportunity for Amundi, Europe’s largest asset manager. Amundi has a large presence in Ireland as a fund manager, but also provides a third-party ManCo service to other asset managers. A spokesperson told Funds Europe that Amundi Ireland had onboarded external clients in Q4 2021 who have converted from Smics – bringing the firm €8 billion of assets.

There are signs that many of the newly created third-party ManCos without the back-up of a major sponsor like Amundi are themselves facing some of the very same oversight challenges that Smics did. Spendiff believes that the sector will face major consolidation in roughly the next five years. Ultimately, there could be “a handful on ManCos, with more than €100 billion in assets”.

PwC observes that consolidation is leading to a greater concentration of market share among the bigger players.

O’Sullivan says that as the ILP gains traction, fund managers will need “hand-holding” from specialist ManCos. The third-party ManCos that win will be those at the more quality end of the spectrum.

Ballybunion is poised in the private equity and real estate sector and O’Sullivan adds that once a client is onboarded, the fund could be in place for eight to 16 years.

Last month, Ballybunion Capital and Indos, a depositary for alternative investment funds, announced they were to respectively provide regulatory infrastructure and depositary services to Adit Global Growth, representing the first ILP product to be supported jointly by Ballybunion and Indos since both companies joined JTC Group. It’s also thought to be the first deal of its kind that was not secured by Carne, a dominant ManCo provider.

The ILP “took only eight weeks from start to finish”, according to O’Sullivan, and lawyers acting for the ManCo said it was authorised within 24 hours.

The ILP offers support for external ManCos in Ireland – particularly for the country’s US asset manager clients eyeing a European market of 600 million people. “Even an extra hour in the working day cannot be underestimated,” says Spendiff.

In both Ireland and Luxembourg, the ManCo story will run.