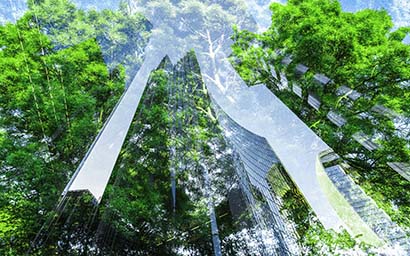 When the EU’s landmark Sustainable Finance Disclosure Regulation (SFDR) came into force on March 10, it was widely welcomed and hailed as a ‘game-changer’ in the fight against greenwashing.

The regulation has brought ESG investing further into the mainstream. A core component of the bloc’s green agenda, the regime is designed to promote greater transparency in finance – but questions remain regarding its implementation.

SFDR calls on asset managers to classify their funds according to three primary categories – article 6, which makes no claims of sustainability, or articles 8 and 9, which both claim ESG – or environmental, social, and governance – credentials and require firms to provide data to support the claims.

“It comes with many challenges,” according to Giorgio Botta, regulatory policy advisor at the European Fund and Asset Management Association (Efama).

“You have the clear benefits for investors, but it also creates more administrative burdens – it’s expensive, it takes time, it takes data.”

But the data required by SFDR and the incomplete EU taxonomy on sustainable finance is not always made available, says Anne Schoemaker, manager of Sustainalytics’ EU action plan solutions.

ESG metrics
“Data gaps are a reality,” she tells Funds Europe. “Regulators know this, of course, but it is critical for the whole value chain to be taken into consideration.”

This is where the soon-to-be-revised Non-Financial Reporting Directive (NFRD) will play a crucial role through its requirement of enhanced reporting from portfolio companies.

Data limitations also mean that some “robust” ESG processes do not fit into the ‘greenest’ classifications: that is, articles 8 and 9, according to Jihan Diolosa, head of responsible investing Emea at Russell Investments.

“Just because a fund manager isn’t working to a defined E, S or G metric – individually or in combination – does not mean they do not have a good ESG process in place,” he says.

“We are concerned that investors seeking ESG investment strategies may be unconsciously channelled into a narrow range of investment opportunities that ‘tick the box’ for SFDR purposes,” he says.

There is also the possibility that if SFDR compliance proves too onerous, it will lead some firms to settle for article 6 status rather than striving for articles 8 or 9.

Fund provider FE fundinfo’s regulatory manager, Mikkel Bates, has said that firms are worried they will not have supporting evidence to meet the test.

Meanwhile for Michael Sieg, CEO of impact manager ThomasLloyd – which has categorised all of its funds as article 9 – one of SFDR’s weaknesses is trying to fit everybody into three boxes.

“The world is more complex,” he says, adding that more differentiation is needed between funds.

Article 8 of the regime – which requires funds to promote environmental and social characteristics – runs the risk of becoming a catch-all category. A wide range of funds can classify as an article 8 product, which may also lead firms to settle for the label rather than aiming for the stricter article 9.

Sustainalytics’ Schoemaker notes that this will make it harder to differentiate between funds within the category.

SFDR frustrations
As with all new regulation, the implementation of SFDR is a process. Transparency in the industry is expected to increase over the next two years.

SFDR’s second level – which includes the Regulatory Technical Standards – has been postponed and is expected to come into play in January 2022.

“Since SFDR was written in 2019, the industry has had plenty of time to discuss it, whilst the regulator had plenty of time to define the technical side,” says Francesco Cavallini, client director at alternatives fund administrator IQ-EQ. “But Covid happened, so everything got delayed – except the deadline for level one.”

When the standards come into force, asset managers will have to disclose information on so-called ‘principal adverse impacts’ (PAIs) in their portfolios such as greenhouse gas emissions, waste, human rights and executive pay.

“We find ourselves in this scenario wherein we have done the work but are unsure if it is enough,” says Cavallini. “Fund managers are a bit frustrated in knowing that when the technical standards are issued, they may need to redo part of the work.”

BNY Mellon’s Rehn explains that due to the lack of readily available data to comply with many reporting requirements of the PAI regime, the fund manager was unable to consider adverse impacts on related sustainability factors by the first deadline of March 10.

Similarly, Franklin Templeton’s Julian Ide, head of Emea distribution, says that the identification, sourcing, and integration of ESG data to fulfil asset managers’ commitments will be challenging given the new requirements related to the PAI indicators.

In terms of SFDR’s implementation, a year of theoretical learning lies ahead. “The big change and shift in the market will come when you break it down to the end customer and force advisers to bring it up in conversations with the end investor,” says ThomasLloyd’s Sieg.

Sustainability rhetoric vs reality
Beyond the hype, some commentators question whether SFDR goes far enough in snubbing out greenwashing.

For Dr Andy Sloan, deputy chief executive of Guernsey Finance, the granular nature of SFDR – and the fact that people talk about net zero as if it’s already happened – “undermines the cause” when it comes to climate change.

“In principle, SFDR is a good idea, but it will be over-engineered,” he says. “With SFDR, you end up going down a similar road to MiFID II.”

According to Sloan, overcomplicating the transition to net zero with other factors – such as social issues – ultimately creates harder work for firms in the process and detracts from the crucial goal of saving the planet.

The reason why shareholder value was so successful, he argues, was because it was based on one measure: shareholder return.

“At the end of the day, it ought to be simple. It’s about climate change, it’s about carbon,” adds Sloan. For him, the fundamental issue is whether a portfolio is contributing to climate change mitigation or not.

Meanwhile, Sieg points out that while large banks and global financial institutions like to highlight how sustainable they are on their websites, “the reality is unfortunately different”.

Banks and institutions that have signed up to the Paris Agreement have also committed billions to financing coal plants, he says, highlighting the “brutal” gap between climate theory and practice.

A recent study by the Rainforest Action Network claims that in the five years since the Paris Agreement, the world’s biggest banks – including the likes of BNP Paribas, Goldman Sachs, and JP Morgan – have financed fossil fuels to the tune of $3.8 trillion (€3.2 trillion).

“We give our money to banks, pension funds and insurance companies to save and procure for our future and they do the exact opposite,” says Sieg.

Separate analysis by the Imperial College Business School found that renewable energy companies outperformed their fossil fuel counterparts with both higher returns and lower volatility over the past decade.

The total return for a hypothetical global portfolio made up of 208 renewable energy companies exceeded 422%, compared to 59% for the 545 fossil fuel firms analysed.

Despite this outperformance, a large disparity remained between government targets and the total investment in renewables, the report concludes.

SFDR’s disclosure requirements will help in narrowing the gap between rhetoric and reality, but it’s only the start of the journey. “It’s a step in the right direction. It puts the spotlight in the right place. [Sustainability] becomes part of the real world,” says Sieg.

According to Adam Gillett, head of sustainable investment at Willis Towers Watson, SFDR’s true impact on greenwashing remains to be seen – but the regime is potentially a helpful piece in the puzzle.

“Greenwashing is often presented as quite binary, whereas the reality is more subtle, and has as much to do with aspects like culture and industry incentive structures as it does with issues more explicitly addressed via SFDR, like disclosure and transparency,” he tells Funds Europe.

“Therefore, there is perhaps always going to be a limit to which regulation such as SFDR can truly ‘prevent’ greenwashing.”

In the meantime, ESG’s popularity continues to grow. In Europe last year, more than half of the industry’s fund flows were allocated to ESG products, according to data from Refinitiv. In total, 50.46% of the €574.3 billion overall net inflows was designated to ESG-related products.

As investors increasingly seek more sustainable options, SFDR is set to play a critical role in how capital is allocated, despite its challenges. Going forward, fund managers have their work cut out for them if they are to meet its ambitious requirements.