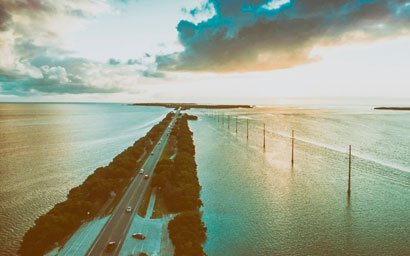 Diversification and moves towards more global but concentrated mandates have been some of the main trends in equity investing in recent months. As the world economy picks up speed, Mark Latham looks at the opportunities in an asset class where many markets have been rising, from Brazil to Europe.

For the first time since 2010, the economies of developed and developing countries are broadly in synch and – despite worries over Trump, China’s debt pile, Brexit and political uncertainty in the eurozone – are widely expected to deliver a spurt of global growth in 2017.

With most of the key economic indicators now in positive territory across America, Asia, Europe and emerging markets and as the broad-based recovery gathers steam, to what extent have investment firms changed their strategy to take account of the uptick?

While many investors claim to be concerned by political uncertainty in Europe and the US, many are still moving money into relatively risky assets such as equities, high-yield debt and emerging markets, which has led to a rally in many of those asset classes.

Fabio Cecutto, head of global equity manager research at investment advisory firm Willis Towers Watson, says the main trend over the past year has been a move towards more concentrated mandates, whereby investment managers might target ten to 20 high-performing stocks in a portfolio where previously they might have spread risk across 40 or 50.

The reason for the change of strategy, Cecutto says, is that asset managers typically add most value in the top ten or 20 stocks in a portfolio.

He adds that the trend towards a more global and less regional approach to investment has deepened further over the past year.

Whereas most investment firms, half a dozen years ago, maintained a majority of share holdings in companies in their own country, this approach has changed completely.

“Having a home country bias is not really justified as it constrains opportunities,” says Cecutto. “Having a global mandate, which I would say is now a fairly established trend, makes it easier, as asset managers no longer have to worry about how to weight Europe or North America, for example.”

The current period of reflation with accelerating growth have, since the end of last year, been encouraging investors towards greater risk, he told Funds Europe.

“What we are seeing now is a gradually more positive environment and this is encouraging different investor behaviour,” he said.

“The last few years have been about income which is still important but it seems like investors are now willing to look at areas that have not been focused on for the past few years.”

Quinsee also points to a reawakening interest in emerging markets over the course of the past 12 months, fuelled by “encouraging” fundamentals data.

NOT THE TRUMP RALLY
Lukas Daalder, chief investment officer of Netherlands-based Robeco Investment Solutions, Robeco’s multi-asset investment arm, says that the synchronised recovery in the world economy has made investors more optimistic. However, he believes that there remain risks for equities.

The election of Donald Trump as US president in November coincided with an upswing in US stocks in particular and the global economy in general, but Daalder says the improvement was because of a broad-based growth recovery rather than a Trump rally.

“What we are experiencing now is a synchronised broad recovery in earnings growth, whereas five months ago there were worries of an earnings recession following a year of stagnant or negative earnings growth around the world.

“That was a major concern, as earnings are a telltale sign of an actual recession.

“Thankfully, earnings growth came back strongly in the last quarter of 2016, so concerns about a global recession were put to rest.”

Another economist who believes that the uptick in the world economy of the past six months has had little to do with Trump is Eoin Fahy, chief investment strategist with Dublin-based asset manager KBI Global Investors.

“The global economy has finally developed escape velocity over the past six months but we don’t believe that it was the election of Trump that caused it,” he says.

He is cautious about how sustainable the recovery will be. “We are now eight years into a bull market and I would be surprised if we get another four years of strong growth, as it is unlikely that any stock market cycle would last for 12 years.”

Fahy adds: “The economy is doing quite well now, but over the next four to five years, ultimately this cycle will come to an end. There is now a sense that people are willing to give up some of the upside in exchange for protecting the downside.”

He points to the growing interest by investors in infrastructure, with the realisation that essential infrastructure in many countries around the world is getting old and either needs to be repaired or replaced.

Many investment houses believe that sticking with a proven investment through thick and thin is the best strategy.

Dylan Ball, portfolio manager of the Templeton Global Equity Group, which has $100 billion (€93 billion) of assets under management, says Templeton has a 60-year track record as a long-term value investor: an investment strategy that targets undervalued stocks.

“We look for stocks globally that can make 50 to 100% returns over five years,” he says. “That is key because market efficiency dips away over five years.

“Value investing does not work all the time, but when it does, it tends to persist and the returns can be very good indeed.”