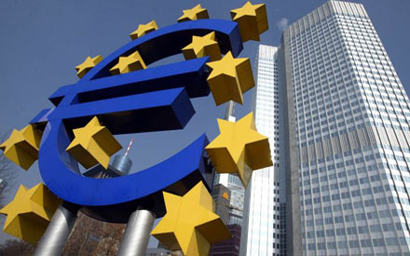 The European bond investor's world has completely changed thanks to the crisis, finds Fiona Rintoul. But there still are pockets of value and safety.

In the land of the blind, the one-eyed man is king. And in the troubled land of European bonds, corporate bonds increasingly appear as though they have better vision than government debt, which seems to be getting ever more unpredictable.

European corporate bonds may not represent the very best the global bond markets have to offer. And those that have a choice may prefer to stay away or to keep their exposure down.

But for those that don’t have a choice and must invest in the European bond markets, corporate bonds look like a strong bet at the moment. European corporate bond spreads are at record levels against European sovereign debt, yet with companies swimming in liquidity thanks to the European Central Bank’s three-year long-term refinancing operation (LTRO), corporate balance sheets are not under stress. This means investors are basically being overcompensated for the risks they are taking.

“Despite the recent rally in spreads following the confidence and liquidity boost by the ECB’s LTRO 1 and 2, spreads remain attractive,” says Olivier Debat, fixed income product specialist at UBP Asset Management. “High yield spreads are still compensating investors for close to 7% default rate per year for five years. It is excessive with respect to the historical average of 4% and the bottom-up expectations for 2012/2013 of 1.75%.”

Tail risk is also less for corporate bonds than for government bonds, according to William de Vijlder, chief investment officer, strategy and partners at BNP Paribas Investment Partners. “If you look at the eurozone, thanks to LTRO we have seen spreads narrowing,” he says. But he adds that a situation could occur where spreads widen abruptly. “A second element of tail risk is that monetary policy could change in the United States, despite the Federal Reserve having said that it has put interest rates on hold until 2014.”

Liquidity
Certainly, the idea that all government bonds are risk-free has been consigned to the history books. And, as Ric Ford, head of European fixed income at Morgan Stanley Investment Management (MSIM) points out, this does not just apply to default risk but also to price volatility and liquidity.

“Certain corporate bonds have exhibited better liquidity and lower volatility than certain governments in recent years,” he says, and adds it is reasonable to assume this will continue to be the case as European governments implement growth and austerity measures to improve their fiscal position.

And not only do European corporates now look less risky than European govies; the risk associated with corporates is also easier for fund managers to understand and assess.

That is because government bond markets in Europe are being driven not by economics but by (sometimes desperate) political machinations. It is hard for fund managers to analyse these political impulses because it’s not their traditional area of expertise.

“We are not specialists in political analysis,” says Allier. “Our job used to be looking at macroeconomic developments. Nowadays, the behaviour of Italian bonds has very little to do with what the ECB does or with its monetary policies. It has more to do with whether the Germans will buy bonds.”

It can also be hard to know what you are buying when you buy European government bonds. If you buy Italian bonds, you are compensated for taking Italian risk. But if there are problems in Italy they will ripple out to Spain, Portugal and France.

“You can get away from systemic risk in corporates,” says Allier.

That is also one reason some investors have favoured the government bonds of peripheral countries outside the eurozone, such as Norway.

Where risk-free (or comparatively risk-free) government bonds do still exist, such as in Germany, they are, many feel, over-priced.

“If you look at the ten-year Bund yield it’s quite thought-provoking,” says de Vijlder. “And then they are very expensive. One of the reasons is risk aversion. The eligible universe of genuine risk-free bonds has shrunk. This is making safe-haven bonds abnormally expensive.”
Not only that, safe bonds such as the ten-year Bund are not truly risk-free.

“You don’t have credit risk in Germany but you have yield risk,” says Allier. “Today when you invest in a ten-year Bund you lose money because the yield is below inflation.”

Hmm. Not quite. In the land of the blind, nothing is so beautifully simple.

You could say the choice today for European bond investors is between playing it safe, for example, by investing in ten-year Bunds, and definitely losing a little money, or taking more risk and possibly losing a lot of money. If you want to take risk in the hope of achieving a real return of zero or above, the corporate sector is the likely place to go fishing. But within that broad scenario, there are nuances that mean corporates are not the only answer.

First, there are pockets of good-value government bonds in Europe, of which Poland is one. “On a relative note, Poland looks to offer value supported by intrinsic fundamentals and geographic distance from Europe,” says Ford.

At the other end of the spectrum from Poland are high-performing pockets that prove a country’s government bonds can provide good returns even if its economy is struggling.

“The best performer last year in terms of govies was Ireland,” says Allier. “Spain did better than France. Provided these countries don’t actually default, there is a good yield to be had.”

There is also the question of just how far corporates can be decoupled from the countries where they are based. Most will be exposed to shocks in their local economy and banking system, says Julian Marks, a portfolio manager specialising in non-US credit markets at Neuberger Berman. They may also suffer from austerity measures, including taxes on specific issuers, introduced by governments under pressure.

“There are few corporate issuers that are likely to exhibit better credit quality than their own governments do,” says Marks.

Excessive concentration on corporates also creates the risk of missing out on a European government bond rally. Allier says: “If by some miracle an immediate solution is found to all the eurozone problems, the rally in peripheral government bonds will be higher than in corporates.”

End of the world
Investing in bonds, then, is more a question of smiling through and choosing carefully. The corporates to look out for, says Marks, are strong issuers that generate significant amounts of revenue and cashflow from non-domestic sources and do not rely on the domestic government or banks for financing.

“Based on current spread levels, some of the best opportunities are being found among highly geographically diversified non-financial issuers – who are in some way insulated from the eurozone’s problems – and from large banks, where spread levels are attractive relative to the risks…,” he says.

A looming problem for those that favour financials is a likely lack of issuance in senior debt in the coming months. But there is perhaps some consolation to be found in past doomsday scenarios that didn’t happen, such as 1999, which was supposed to be the end of debt in the US.

“I don’t know how the politicians will find a solution,” says Allier, “but I cannot manage funds assuming an end-of-the-world scenario.”