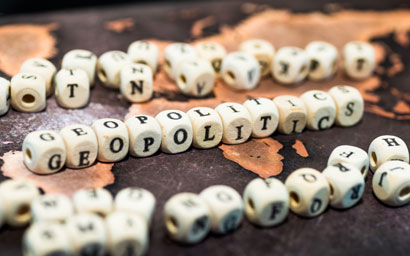 In the age of Donald Trump and Kim Jong Un, it may not be a surprise to find that geopolitical risks are a bigger concern for pension professionals than inflation, growth and central bank policy.

According to the PineBridge Investments ‘Pensions & Asset Management Sentiment Survey’ of 171 people, over half of the respondents, both pension professionals and asset managers, rated geopolitical concerns as the biggest short- to medium- term risk for the global economy.

But asset management professionals were far more concerned about central bank policy as a risk to the global economy than pension fund decision makers. The second most commonly cited risk for pension decision makers was inflation.

Steve Cook, co-head of emerging markets fixed income at PineBridge Investments, said: “The results surprised me, as I believe geopolitical risk is currently quite low by recent standards.

“Presumably, respondents are nervous with regard to Korea, Iran, and other potential flashpoints.”

Cook believes the biggest risk to the global economy is central bank policy, paticularly as the stimulus measures that followed the financial crisis are gradually being wound down.

Another finding was that over half of pension professionals and investment consultants said a manager’s belief in his/her investment strategy was more important than investment performance.