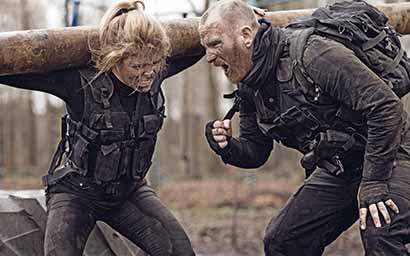 Fund managers face yet another extensive reporting exercise under new securities finance rules. But the result could be a better securities lending market for asset owners, reports Nicholas Pratt.

Barely recovered from the last-minute panic of meeting MiFID II’s reporting requirements, the fund management industry now faces another reporting deadline. The difference is that there are 153 data fields to be filled out under the Securities Financing Transactions Regulation (SFTR). That’s more than MiFID II and a related directive known as Emir put together. MiFID II and Emir combined to bring large-scale change to capital market infrastructure.

The reporting requirements of the SFTR are the most extensive in recent memory to be imposed on investment managers. Compliance will require significant system upgrades, major data collection and an examination of counterparty relationships.

Firms will have to report not only a significant volume of static market data, but also complex data resulting from the growth in ‘collateral optimisation’.

Will the regulators’ stated ambition to bring light to the dark corners of the securities financing world result in greater confidence and activity among asset managers and owners? Or will the cost of compliance vastly outweigh any transparency benefits?

Too much information
“In my view, the regulators have asked for too much data,” says Alexander Westphal, who manages the European repo and collateral council for the International Capital Markets Association (ICMA), a trade body. “It would have certainly been more efficient to start off with a smaller number of fields and then gradually build up, but that was not the approach taken.”

Yet unease about meeting the deadline has reduced in recent months. A timetable for the SFTR was produced in December 2018, laying out the phased implementation dates and thereby ending the standoff between the EU and the European Securities and Markets Authority (Esma) over the SFTR reporting’s technical standards for the regulation. Investment managers and pension funds are due to be included in the third phase of the implementation in October 2020, from which point they will have to report their repos and securities lending transactions as well as any collateral trades.

However, as the ICMA recently highlighted, investment managers have to provide transaction details to their securities financing counterparties, such as investment banks, earlier than that, from the first phase of implementation in April 2020.

While most believe the system upgrades can be made in time, the sheer volume of data required for reporting and the possibility of data inconsistency remain a concern, especially for new data fields that have not typically featured before in securities trading processes.

Andrew Kouloumbrides, chief executive of data software vendor Xceptor, says: “It is estimated that only around 40% of those 153 fields are typically readily available. Today the industry very much looks at positions and hasn’t traditionally looked at individual trade components. Under SFTR, intra-day modifications will also need to be reported. So the level of detail, the scope of data and volume of information is extensive.”

Xceptor is focused on providing data matching and is working alongside DTCC, a central securities depositary. Similarly, various securities lending platforms, such as EquiLend and Pirum Systems, have teamed up with data management and reporting firms Trax and IHS Markit, respectively, to develop data aggregation products.

Will they understand each other?
Yet despite the number of services out there, challenges still remain, not least with whether the various systems will be able to work with each other. It boils down to a well-known problem for the funds industry: standardisation.

Ben Challice, global head of collateral management and agency lending at JP Morgan, says: “A lot of firms will be relying on their vendors to help them aggregate, translate and report the data, but one of my concerns is whether the vendors’ systems will be interoperable.”

There is also the danger that regulated firms rely too much on their vendors and believe that the agent lenders, execution agents and custodians will pick up most SFTR work between them. For example, matching fields where counterparties are reporting the same trade but in different ways will require a lot of bilateral discussions between counterparties and adherence to market standards established by industry bodies, says Dean Bruyns, senior product manager at Broadridge, a technology firm.

Bruyns recommends that firms take certain steps to limit the data inconsistency challenge. They should ensure that their static data is in good shape while enforcing robust booking practices, efficient reporting processes and strong exception management. The trade repositories are mandated to highlight mismatches and report these back to firms, who will then need to rectify them via their exception management process.

Bruyns also suggests that firms should take heed of the work being done by industry bodies to develop reporting standards. The ICMA’s SFTR Task Force has worked on developing standards and the work is said to have gained traction since the beginning of 2018 as attention shifts from MiFID II to SFTR.

“It is our job to develop best practice and standard definitions to help with implementing SFTR and to get as much involvement from as wide a group of participants as possible – the sell-side, buy-side, market infrastructure providers, trade repositories and vendors,” the ICMA’s Westphal says.

“The industry needs to be well aligned. Because there is a two-sided reporting requirement and the transaction data has to match, it is key to make sure that we have a common understanding of the reporting fields. There are some fields where the regulatory guidance is not clear. We have already published a best practice guide for repo transactions in Europe, so we are looking to produce an annex to that guide specifically for SFTR reporting.”

Market expectations
As to whether the SFTR will prove to be worth the effort for both regulators and market participants, a lot will depend on expectations, he says. “After the experience with Emir, I think that regulators’ expectations are probably not too high. They will not expect clean and usable data the day after the regulation goes live.”

Market participants will also have to temper their expectations as well, suggests Westphal. “Little of the data will be made public, so there will be a limited commercial benefit to the industry, but if the implementation work itself leads to a more standardised and consistent operational process for repo, that would certainly be a useful benefit.”

Most of the market is optimistic that SFTR will bring more transparency to the market but, because of the extent of data involved, they believe it will take time for any of the data to be of use. Plus, with the phased implementation, it will take time before anyone can adequately judge its success.

“I think the SFTR will be a success, but it will take several years for the reporting to be good enough,” says Duncan Carpenter, head of SFTR at Pirum Systems. “There will be differences in reporting that will need to be remediated and there is so much data for regulators to sift through in order to get any useful information or statistics from it.”

Carpenter says that one of the problems is that firms will all be reporting a significant volume of static market data, something that regulators could arguably do from their end as a single source of receipt. At the other end of the data spectrum, the regulation also covers the complex and increasingly popular world of collateral optimisation - or transformation - where baskets of collateral containing multiple securities are traded on an intraday basis to make collateral pools more efficient.

Investment managers will now be expected to report all of these collateral movements. “These transactions will be more difficult to report and to get into the standardised reporting format,” says Carpenter. “I understand why regulators want more transparency around them. The problem is this reporting will not be as clean or complete as the regulators may wish for.”

A critical factor in judging the success of SFTR is how it affects the volume of securities lending activity. The stated aim of the regulation is to bring more transparency to the market, give greater confidence to the buy-side participants (especially asset owners) and help regulators spot any examples of dangerous leverage and potential systemic risk.

While greater transparency will certainly result, the effect on securities lending liquidity is harder to predict. JP Morgan’s Challice says that there could be a potentially negative effect if certain assets and counterparties are outside of the scope of SFTR but still need to provide the transaction data to a counterparty who is within the regulation’s scope.

Overall, the feeling is that such a heavy focus on data should at least produce a new and rich data set containing actionable insights for the business. “One unintended benefit is that the regulation will lead to better reporting standards and more timely exchange of data,” says Challice. “If there is transparency on collateral movements and counterparty exposures, it will help firms to make better-informed pre-trade decisions.”