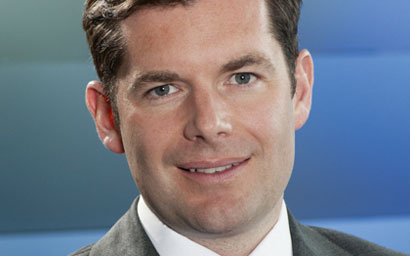 There is little doubt that 2014 was the year in which the effect of increased competition between traditional and alternative lenders in Europe became most tangible.

Historically, in leveraged buyout structures, there has been a clear delineation between the position of banks and debt funds in the capital structure. The landscape, however, has shifted considerably. The growth of alternative capital as a funding source with unprecedented levels of private capital chasing higher yield, coupled with an increased focus from regulators on traditional bank leveraged lending criteria, has broadened the borrowing spectrum across the large and mid-market spaces, enabling chief financial officers to pick ’n’ mix from a number of options.

Typical financing solutions brought to the table by multi-strategy debt funds include private high yield, unitranche, alternative unitranche and other stretched senior solutions, leaving the banks to fight their own corner. While some sponsors will prefer to accept a tighter covenant package in return for paying a lower coupon, the willingness of the debt funds to be flexible in terms of documentation has forced the traditional bank lenders to rethink their offering in order to remain competitive.

CO-EXISTENCE
Collaborative financings pitched to borrowers by direct lending funds and traditional bank lenders can be structured in many ways including through pari debt investments, along with a number of first-loss/second-loss permutations held by debt funds and banks respectively.

There is scope for banks and debt funds to co-exist and to work together to leverage their respective strengths, but before we see an array of deals in Europe done on a formal basis, a number of cultural differences will need to be addressed. When negotiating structures such as first-loss/second-loss or straight unitranche term debt products alongside a bank-funded working capital facility, the most obvious area for tension is likely to be around enforcement protocols under the intercreditor agreement. With debt funds typically providing the majority of the overall debt stack in collaborative financings, it stands to reason that the debt funds should be higher up the pecking order in terms of decision making and banks are being asked to play a much less vocal role.

A BITTER PILL TO SWALLOW
Every deal is different and depending on the size of the respective commitments held by each lender, and on whether or not the bank also invests in a slice of the term debt alongside the debt fund, the final capital structure will dictate what additional protections, if any, traditional bank lenders may require. While this new landscape may be a bitter pill to swallow for some traditional bank lenders and it will take time for bank-side mentality to adjust when negotiating documentation, more favourable capital adequacy treatment, a reduction in exposure to particular credits or industry sectors, combined with the ability to maintain valuable corporate relationships through the provision of ancillary facilities, will go a large part of the way to making the shift in the balance of power more palatable for bank lenders.

It seems likely that the market in collaborative debt financing will mature and flourish across Europe in 2015, and an increase in the complexity of structures, along with a higher volume of deals, will inevitably cause tensions between these different creditor classes to surface.