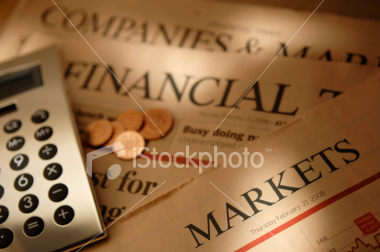 In last year’s spectacular rally in US equities, established large-cap stocks fell by the wayside in favour of cyclical stocks. What now that cyclicals are not looking as attractive, asks Angèle Spiteri Paris?

The US was the first nation into the financial crisis and it may also be the first to recover. This view could be the reason why a number of fund managers rolled out US equity products in the last year. Otherwise, what is the rationale?

Even those who do not believe the financial crisis will topple US economic hegemony tend to say that US consumers will be in the doldrums for years as they deleverage. If you take the view that returns from the S&P 500 are heavily dependent on the US consumer, then it may be best to put your money elsewhere for now.

But investor appetite for US stocks returned last year and equities have rallied since March 2009. Fund managers sought to make the most of this and a number of them launched funds in the sector. These included Jupiter Asset Management, Pictet Funds and American Century Investments.

The demand for US stocks may be related to more positive feelings about the US consumer, whose pain is eased a little by low interest rates and lower energy prices. Or it could be that US stocks can also benefit from their nemesis, the emerging markets.

Fund managers say opportunities in the US await careful stock pickers. Richard Werman, a portfolio manager at Neuberger Berman, a US asset manager with around $170bn (€122.7bn) in assets under management, says it was the riskier names behind the upswing in US equities.

“The market rally from the March lows was led by more speculative, higher risk names,” he says.

Why? “The credit market unfroze and allowed them to have more reasonable valuations,” says Werman. “They were valued at the lows as if they were teetering on the verge of bankruptcy because of the inability to fund their business, but once the credit markets opened you saw a significant recovery in those securities.”

A reasonable concern could be that because the market rallied so strongly in 2009, opportunities in the US market have dried up. In actual fact, it just might be a case of knowing where to look.

Werman says: “We do not see a broad robust recovery or continued move upwards in the equity markets, but more of a stock selector’s type of marketplace. One needs to identify specific secular trends or specific secular themes that one can get behind.”

Helen Ford, portfolio specialist at T. Rowe Price, agrees. “The time is right to distinguish between companies, how they are positioned and where their end markets are… we’re always going to be able to find companies that can provide some upside.”

John Carey, a portfolio manager at Pioneer Investments, says: “Oddly, right now, a contrarian approach leads you to some of the highest quality companies.

“If you’re considering stocks for serious long-term objectives and planning to leave your money in the market over an extended period of time, then there are certainly some stocks that present very interesting opportunities.”

Stock choices
He adds: “In the longer term I would emphasise companies that add value, those that have self-generating growth prospects and have their own self-financing capabilities.”

Ford, at T. Rowe Price, says: “High-quality names do look attractive. Many of them have been left behind in this rally; albeit that they may have done well in absolute terms, in relative terms they underperformed and we’re tending to focus in that space.”

This space includes companies in sectors like healthcare, consumer staples and technology. These more traditional growth areas are the ones that can offer the best value.

Carey says: “In some cases, stocks in those sectors are selling at below-market multiples with well above market yields. They’ve been a little bit out of favour in this rush to recovering stocks.”

“Johnson & Johnson is selling at 14 times earnings ­– that’s about ten multiple points less than the market multiple. It’s providing a divided yield of 3% versus market dividend yield on the S&P 500 of about 2%. So you get a superior dividend yield with dividend growth. The company actually raised the dividend regularly; the yield was higher, the multiple was lower and the balance sheet is stronger. This is just an example but there are many companies in that category,” Carey says.

Walmart is another US stock that is selling at 15 times earnings, which is again ten multiple points below the market multiple. The yield is 2%, which is right at market level, but the company has an impressive long-term record in the retail industry.

Companies like Walmart are also very well known outside of the US. Having this global footprint is becoming more important as fund managers look at companies that can benefit from the growth in emerging economies.

Global footprint
The benefit of most of these large US firms is that they have a strong global network and are therefore not solely reliant on success on their home turf.

Carey says: “The large well-established companies in healthcare and consumer staples have an international dimension. Looking at the economic situation globally, the US is going to grow but probably at a relatively modest rate compared to other parts of the world.

“As a longer-term investor you need to have exposure to some of those faster growing areas and yet you might not want to own stock directly in China, India or Indonesia because of some of the corporate governance issues and the difficulty in following the companies.”

Therefore getting that exposure through US equities could be an ideal compromise.

Jonathan Armitage, portfolio manager at Schroders, says: “We have a number of stocks in our portfolios that are beneficiaries of that type of growth [within the emerging markets]. Also, they’ve been helped in the last twelve months because of the weakness of the dollar. Overseas earnings have been a very strong positive. However, if we were to take a two- or three-year view we would still expect to hold those types of companies because of stronger growth coming from Asia ex-Japan and Latin America.”

Horacio Valeiras, CIO at Nicholas-Applegate, says: “I would definitely highlight the global consumer products… the Nestles, the Cokes… They not only have significant exposure outside the US where economic activity is better than in the US and  the consumer is not overstretched, a lot of them also have significant exports outside the US and benefit from a lower dollar… compared to cyclical companies these types of stocks are very cheap right now.”

Another sector highlighted by the managers was technology. Valeiras says this sector is attractive both in the long and short term.

“We still like technology a lot. It will benefit from a rebound in corporate spending. Corporates won’t hire but we believe they’ll increase their investment spending, considering that technology spend has been delayed for a couple of years.”

Ford also pinpointed technology as an appealing sector. “The technology sector was very badly hit at the end of 2008 and the beginning of 2009. Going into last year valuations were particularly attractive… Our analysts have identified structural drivers that have remained very attractive – be that internet access, communication networks, broadband. All those things we believe were intact… Valuations aren’t quite as obvious as they were earlier in the year but with the attractive fundamentals we remain broadly overweight in that sector.”

But Werman advocates caution. “It’s been noted that there are four reasons to be underweight in technology: they’re the most popular stocks; earnings expectations are near historic cyclical highs; valuations aren’t that cheap; and the big gains of last year have already priced in a lot of the good news.”

Short-term outlook
In the nearer term, the fate of other parts of the US equity market heavily depends on the US economy and how that fares over the next 12-24 months.

According to Hans Hamre, director, head of global equity research at FundQuest, US equity fund managers remain largely optimistic. “The bullish camp thinks that the market is still cheap because both the economy and earnings will exceed expectations.”

Armitage says: “We think it’s perfectly possible that GDP growth in the US surprises on the upside, particularly in the short term. Part of that is that relative to last year, we have seen the removal of a couple of negatives… You’re definitely seeing signs that the housing market has stabilised and holiday sales from the retailers in the US seem to have been slightly better than expected.

“Even if the housing market is just stable from now on, that removes a big drag on domestic GDP.”

He adds: “Another thing is that you’ll finally see the stimulus money, which was promised last year but wasn’t really spent, having a real impact in 2010. All these elements point to more normalised economic activity.”

Ford says: “It certainly looks as though the recovery is taking hold. This is good news for many of those cyclical companies. Many have cut costs and, if they have a good business model and are positioned in the right market, we may still see some good performance.”

Carey says: “If the economy continues recovering we may see some performance within more cyclical stocks. These might include some of the banks and companies in retailing, the automotive industry and industrials.”

Armitage is quite bullish on these recovering sectors. He says: “Equity prices have moved but our expectations are that the market always underestimates the impact on earnings from a recovering economy. We think there’s potential for those economically sensitive companies to see earnings rise ahead of where estimates are at the moment.

The sectors Armitage highlights are automotives, industrials and consumer discretionary. Within this last sector he
says household appliance manufacturing companies and homebuilders look most attractive.

Werman does not believe consumer discretionary stocks will provide value. He says: “We’re shying away from that area because we believe that there’s been a fundamental shift in the way the consumer spends money. Primarily because banks will not fund the extravagant lifestyle to which so many have become accustomed.”