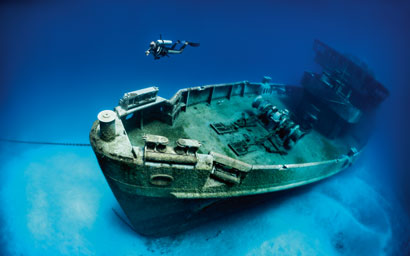 Whether it makes sense for transfer agencies and software firms to merge, the new consolidation in the low-margin business may well see costs for fund managers fall, finds Nicholas Pratt.

Who would want to be a transfer agent rather than, say, a fund administrator? Transfer agency (TA) is typically included alongside other back-office services – fund administration, fund accounting and custody – in a bundled offering. However it generates the least revenue in terms of fees, despite having just as much complexity and operational risk as other functions.

Furthermore, end investors are unforgiving of any faults or delays in the transfer agency process.

So it is no wonder that a number of banks  – such as Citi, which recently sold its North American transfer agency operation to technology firm SunGard – have got out of the business.

Frank Strauss, principal at Beacon Consulting, sums up the situation. “The ramifications of the financial crisis have asset managers and third-party administrators reviewing their service models,” he says. “Increased expense pressure, a focus on institutional assets, industry factors and antiquated platforms have resulted in a re-evaluation of whether the transfer agency function is still a viable offering for them.”

But if you think things are bad for transfer agents, spare a thought for software vendors. All of the struggles facing the service providers eventually get passed down to them, from jurisdictional tax rules and complex commission structures in the long-only world, to performance fees, equalisation, series accounting and limited-partner structures in the alternatives world.

“Being able to cater for both long-only and alternatives is a challenge for the technology,” says Keith Hale, executive vice-president client and business development at Multifonds, an investment fund software firm.

Transfer agents are being asked to capture much more information and are looking for systems that can help them to do that. The problem is that the landscape is changing with new products, new geographies and, increasingly, new regulation.

SIGNIFICANT FINES
Dave Shastri, managing director of Comada, which supplies connectivity services to fund administrators, says the pressure has been building on vendors for years, but requirements from the likes of Fatca have pushed them over the edge. “The fines can be significant, no one wants to make a mistake and that puts pressure on the vendors, but they do not get remunerated for it because there is not the capacity for administrators to pay,” he adds.

“Administrators do not feel they make money from the TA function. It is not an area where they compete, all they can do is charge a transaction fee, yet there is a lot of risk involved because there is so much paper in the process, particularly in the alternatives world. It is a real cost centre.”

This puts pressure on software providers. “Software won’t solve the lack of standardisation, that’s a network issue. And no administrator is going to pay a lot of money for software that doesn’t make them any money. The pricing is the control here, and it is going to go down.”

According to Multifonds’ Hale, the vendor landscape in the TA market has always been more fragmented than the fund administration vendor landscape. Three main players dominate the market alongside a number of legacy platforms. In the TA world, a lot of legacy systems have been built in-house and are typically completely separate systems for alternatives and long-only funds.

However, the days of in-house systems are numbered due to the cost of the regulatory agenda and market commoditisation. The same could soon be true of niche, third-party system providers dedicated to the specific narrow TA function or market, says Hale. “Both will wither on the vine, with two or three main third-party software vendors remaining.”

And just as there has been consolidation on the TA provider side, so has there been on the technology and software side. In the past six months, two providers – DST Global and Advent – were acquired by SS&C. Another TA systems provider, Bravura, has made nine acquisitions in its 10-year history. In March, Multifonds was acquired by core banking provider Temenos in a deal worth €235 million.

There is also the SunGard acquisition of Citi’s former TA service, which reflects a growing trend for technology and services to be bundled together. Similarly, SS&C is primarily a technology firm that has added a TA and administration service.

“I don’t think it’s an ideal long-term solution for asset managers,” says Shastri. “They don’t want their customers portioned off to a centralised unit at a software firm.”

Hale says the strategy will not be popular with administrators: “I don’t think that is an ideal situation for administrators, where a key software product is owned by a competitor.”

But according to Bob Schwartz, chief technology officer at SS&C, the fact that SS&C is both a developer of software and a service provider should be a reassurance to customers.

“I do not see any conflict in our acquisition strategy,” he says. “Our interest is in advancing these tools. We buy good products in areas we know well and we take the chance that we can build more heft around these products, given the size of our client base.”

Schwartz says that SS&C is also focused on developing new products rather than simply acquiring them. “We won’t hesitate to build if we think there is a need for a new product.”

And there are still plenty of areas within the TA market where new product development could help to bring more efficiency, says Schwartz. “We still see a lot of different forms of processing, including faxes, and there are a number of tools that we have provided to give more transparency and provide tools where clients want more information on their investment transactions.”

THE IN-HOUSE ROUTE
There are still some asset managers that are prepared to invest in their own transfer agency service. Riva Financial Systems is a joint venture between software firm Riva and US investment manager Franklin Templeton, which took a majority stake in the firm in 2007, having selected Riva as the system to replace its in-house legacy system.

The first stage of the conversion was completed in November 2012 for Sicav funds in Luxembourg, Ireland and the Cayman Islands. The next, finished in November 2014, involved the UK range of open-ended investment companies funds.

The advantages in moving to a single, modern platform are obvious, says Basil Fox, head of global TA at Franklin Templeton. “My system costs are lowered and functionality is increased. Training new staff is easier because it is much more intuitive to use. It makes regulatory change easier to implement and it unifies the culture of the TA function.”

This is not to say Franklin Templeton has one platform for all its TA activity. It still has multiple systems for different parts of the business as well as outsourcing arrangements in other areas. North America and India are markets where there is particular disparity in TA terms, says Fox.

But at a time when most asset managers have long since jettisoned their in-house TA systems and trusted the function to a third party, why would Franklin Templeton invest in its own platform? “We believe we can better control the cost of the service proposition by owning the technology. Yes there is an initial investment in the technology, but the cost reduction we have already achieved has been significant and it took about two years for it to generate a return on that investment.”

The Riva platform is also marketed to other fund administrators and investor services firms and in April 2015, Apex Fund Services signed a 10-year licence for the Riva TA application. Fox does concede that TA has a slow sales cycle. But despite the cost pressure facing TA providers, he does not think there will be a race to the bottom.

“Asset managers are facing regulatory pressure and cost pressure, so they are looking for scale from their service providers,” he says. “We are not in the TA business. We are an investment manager that happens to have enough scale to be able to do this in-house, where it makes commercial sense. The commitment to this approach will remain because we believe it is the best way to control our costs.”