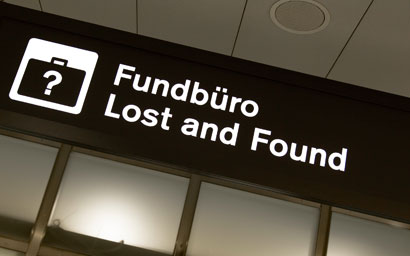 More than €5 billion in unclaimed withholding tax is a greater drag on fund returns than fees. In 2013, the OECD approved a project to ease tax reclaims – but it has not been adopted, writes Alix Robertson.

For fund managers in one country, reclaiming tax on their investments in another is both complicated and time-consuming. According to banking and financial services firm BNY Mellon, almost €5.47 billion in cross-border tax entitlements remains unclaimed every year, meaning that tax can be a larger drag on investment performance than asset management fees.

At a meeting in January 2013, the Organisation for Economic Co-operation and Development’s (OECD) committee on fiscal affairs approved the Trace Implementation Package, a set of agreements and forms to be used by countries that want to implement the ‘Authorised Intermediary’ system.

The system is designed to standardise the procedures by which financial intermediaries can claim exemption from, or a reduction in, withholding tax on portfolio investments. The tax is deducted at source and levied by some countries on interest or dividends paid to a person resident outside that country.

The Trace working group intended countries to undertake the optional scheme and offered assistance in the process, which it says should also help to ensure full compliance with tax obligations. But despite the potential benefits, the Trace project has not been widely adopted.

At BNY Mellon, Lorraine White, head of securities tax and US tax services in Europe, the Middle East and Asia, is concerned about the issue of unclaimed tax and believes the project needs to be driven forward.  “I would say from my experience, I think more tax is left unclaimed and this affects the individual on the street, the likes of you and me, that may find ourselves as holders of foreign shares,” she says.

She cites the acquisition of UK bank Abbey National by Santander in 2004. “More than 1.7 million people in the UK became shareholders in Santander. Their dividends are now taxed at source in Spain, with no simplified and harmonised way to claim the Spanish tax back.

“It’s incumbent on the financial sector to try to inform and educate governments and investors in this area,” she adds.

Jorge Morley-Smith, director of tax at the Investment Association (IA), says that the delayed implementation of Trace is due to discussions being “hijacked” by regulatory pressures. “As far as the OECD is concerned, their work is complete, the implementation package was approved. But in terms of the individual governments who worked on the Trace project, they’ve just been overwhelmed with the requirements to implement Fatca [the US’s Foreign Account Tax Compliance Act] and now the Common Reporting Standard, so very little attention and time has been devoted to Trace since its approval,” he says.

At BNY Mellon, White says it would be logical to incorporate Trace into the implementation of these regulations, due to shared aims. “At the heart of Fatca and the OECD’s Common Reporting Standard (CRS) is the Automatic Exchange of Information (AEOI), and one of the things central to the control features in Trace is the automatic exchange of taxpayers information… It makes sense now to link the two things, but it hasn’t been advanced further because governments have been busy focusing on Fatca and CRS implementation.”

PROTECTIONIST
She adds that despite the European Commission starting to look at cross-border relief procedures in 2009, governments have still not adopted a solution.

“It really is about getting governments to stop being so protectionist around their tax procedures, and encouraging ways to unify them. [They] seem unwilling to truly simplify the way cross-border taxation is administered.”

At business services firm EY, Paul Radcliffe, executive director, tax, says there could be a misunderstanding at government level about who will benefit from Trace, and that this may be discouraging progress.

“A lot of the drive and energy for the Trace project came from the global custodian community… I think that means perhaps the governments associate it with large financial institutions getting benefits, whereas it’s not really about that.”

He suggests greater emphasis is needed on helping end investors, such as pension funds, to get the treaty benefits to which they’re entitled. “The pension fund industry would be really good to have on side,” he says. “If they do not get treaty benefits, what’s happening? That’s leakage of returns, and it just means pensioners get less.”

White also highlights pension funds as one group that would significantly benefit from Trace. “I think the pension fund industry could do more. They need to properly understand what Trace really means for them,” she says.

At law firm Sidley Austin, Will Smith, partner – tax, says that it is not just pension funds that are reticent. There is a general lack of awareness of Trace and the benefits it could offer, he suggests: “Trace isn’t hugely on people’s radars, and it’s rare that we are asked about its application. It isn’t something, certainly in the asset management field, that people have really jumped on, and that’s partly to do with knowledge.”

Despite this lack of awareness, the climate for cross-border investments could be more hospitable for investors if Trace were adopted. At the IA, Morley-Smith says that Trace is needed to tackle the increasing tendency of governments that are looking to raise tax revenues to tax overseas investors rather than their own domestic audience.

“What we see across the globe is governments putting increasing tax burdens on overseas investors and putting up administrative barriers to granting tax treaty relief. This is one of the reasons why Trace is important, because it makes the administration of the treaty system easier.”

A LOT OF WORK
Iain Hebbard, financial services tax director for KPMG, says the changes required to implement Trace may seem daunting: “There is quite a lot of work for anybody who takes this up to actually physically do. In the current environment with so much change, it’s quite difficult for them to see when they can do that.”

At the Investment Company Institute, Keith Lawson, deputy general counsel – tax law, disagrees, saying that a number of these requirements, such as determining tax treaty eligibility, will be needed as part of the Common Reporting Standard anyway. He adds that it is important to remember that even if governments choose to adopt Trace, it would still work on an ‘opt-in’ basis for financial institutions.

“Its entirely optional. If they don’t want to provide this service to their customers, they don’t have to sign up. The only ‘burden’ on the part of a financial institution is to think about whether or not this is something they want to do for their customers.”

Vilma Domenicucci, senior tax expert at the European Fund and Asset Management Association (Efama), says that Efama members are keen to see the Trace project fully implemented, but adds that for it to be fully successful it must be applied on a widespread basis.

“It would be good to have it implemented in a way that provides a clearly outlined framework and it would be beneficial to adopt it at EU level – if we have a common basis at EU level, I think that would really help to push the project ahead.”

White concludes that it might take a few leading adopters to get the ball rolling.

“I think if you can get a big country on board and everybody gets comfortable with the role the financial services industry plays as a tax intermediary, you’ll suddenly start to see a cascade of other countries adopting Trace,” she says.