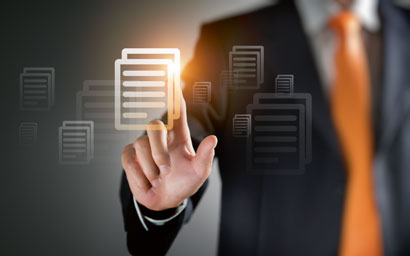 Regulation has dominated fund administration. With one deadline gone (AIFMD) and another approaching (Ucits V), the focus on compliance remains. The big question, says Nicholas Pratt, is what this will mean for the provider landscape.

Twenty firms took part in this year’s Funds Europe Third-party Fund Administration Survey – the same number as last year, with newcomers replacing those that had fallen away.

Langham Hall and Pictet Asset Services are first-timers. The former is a specialist fund administrator that opened its first Luxembourg office in 2014. The latter, with its Swiss private banking background, specialises in private label funds.

Some absences are down to consolidation. For example, Credit Suisse’s fund administration business was acquired by BNP Paribas in August 2014.

It is perhaps surprising that there has not been more consolidation, bearing in mind the predictions about merger activity in the past 12 months. A fairly common observation has been that smaller administrators would struggle to survive, and only the large administrators backed by investment banks would have a sustainable future.

The most recent change was Citi’s January announcement that it would exit the hedge fund administration business due to earnings below expectations and rising regulatory costs.

The 20 participating firms held a total of €23.354 trillion in assets under administration (AuA) within Europe at December 31, 2014. This is an increase of 14.9% on the AuA for Europe in 2013 (excluding JP Morgan, which did not provide comparable figures).

Only two firms – Alceda and Swedbank – reported any decrease in AuA for the survey period. The latter suffered a sizeable dent in its AuA following the exit of its subsidiary fund management company from Luxembourg.

A new aspect of the survey was the listing of Ucits and non-Ucits AuA within Europe. The introduction of the Alternative Investment Fund Managers Directive (AIFMD) has created a lot of work for administrators but, given that it will bring many alternative funds into a regulated environment for the first time, it is expected that the figure for non-Ucits assets will grow.

JURISDICTION
The AIFMD is also expected to influence jurisdiction. Not surprisingly, Luxembourg and Ireland dominate the fund administration landscape. In their two-way tussle for assets under administration, Luxembourg wins in terms of Ucits funds (€1,260.25 billion versus €864.5 billion), whereas Ireland has the larger AuA for non-Ucits funds (€1,050 billion versus €439.6 billion).

These figures as a percentage of EU-based AuA will be expected to grow in subsequent years as regulatory pressures increase the demand for ‘one-stop shop’ domiciles at the expense of smaller, offshore domiciles. It may also reduce the chances of any new states emerging as centres for fund administration, potentially scuppering Cyprus and Poland’s chances of replicating Malta’s recent success as a centre for specialist fund administration.

This growth, though, will be dependent on the success of the AIFMD brand and the cost of administering these funds. Pervaiz Panjwani, EMEA head of global fund services at Citi – which has offices in Portugal, Poland and Hungary, as well as the most popular states (UK, Netherlands, Luxembourg and Ireland)  – warns that “regulatory provisions that are anti-competitive could shift flows outside of Europe”.

STRATEGIC CHALLENGES
One of the biggest challenges cited in Funds Europe’s 2014 report was one facing smaller, independent administrators. With regulation mounting and fee pressure continuing to squeeze margins, would they still be able to service smaller funds?

The importance of keeping fees low has required a “corporate rethink” for Alceda, says Michael Sanders, managing director and chairman of the board. This rethink means “stronger co-operation with strategic partners” and focusing on a selected range of sizeable funds. “To reach a reasonable total expense ratio, it does not make sense to run funds with a size below €100 million.”

There are still administrators servicing funds that fall below this. Langham Hall has a €900,000 debt fund and SS&C has a €700,000 multi-asset hedge fund. These are the two smallest mandates listed by the survey participants. However, it may be likely that such relatively modest mandates will be less frequent in years to come.

Fee pressure has not been limited to the smaller independent players, though. Pierre Cimino, managing director of Caceis Bank, Luxembourg, believes it has been driven both by clients and competition among providers.

“Only further consolidation within asset management and asset servicing industries can enable economies of scale, reduced operational costs and improved revenues,” he says.

The biggest challenge, though, has been ensuring clients are compliant with regulation – particularly since the deadline for the AIFMD was in June 2014. As Cimino says: “We take deadlines for all such regulatory measures extremely seriously but sometimes it has been a challenge to convince clients to act in time, and commit to (or not) engaging our services.”

Deutsche Bank notes that larger clients are seemingly better prepared for compliance and regulatory reporting demands than smaller ones. “Having the right infrastructure for their investor and fund reporting is where the focus should lie,” says Mike Hughes, global head of fund services at the bank.

And while the AIFMD should have prepared fund managers for the implementation of Ucits V due to many overlapping rules, there is no room for complacency, especially with regard to depositary arrangements.

“We are urging clients to ensure that their depositary arrangements in terms of legal documentation, data provision and reporting are prepared for in good time to meet the deadlines,” says Marcel Guibout, head of fund services core strategy at JP Morgan. “In addition, fund managers should ensure that their depositary can support all of the markets their funds invest in.”

Guibout sees the changing regulatory environment as an obvious headwind for the industry but also as an opportunity for administration providers to offer new solutions. Those that can match the appetite of managers to develop efficient, low-cost products will inevitably fare well.

REGULATORY PRODUCTS
In terms of product development, the focus has been fairly uniform: regulatory-focused solutions, and broader services aiming to gain a larger slice of clients’ business. As Kavitha Ramachandran, senior manager, business development and client management at Maitland, says: “It is becoming increasingly clear that scale and a multi-dimensional service offering will be crucial to growing any fund administration business in the future.”

Turning the vast amounts of data held by administrators into a value-added service for distribution and regulatory reporting will be key, says Ramachandran. The difficulty is getting clients to recognise that such a service will cost.

“This is translating into the requirement for attracting and retaining expensive human capital,” she says. “Clients are increasingly appreciating the costs associated with this and now need to appreciate the resultant upward pressure on fees.”

The data challenge was also cited by Jean Devambez, head of asset and fund solutions at BNP Paribas Securities Services, who says the firm has invested heavily in its data management, analysis and risk offering.

A new area of interest for 2015 will be cyber-security reviews, says Philip Masterson, senior vice-president at SEI. “There is a heightened awareness and I expect this area to receive even more focus from regulators.”

However, the last word in this year’s survey review goes to one of the newcomers. The theme of last year’s was how the smaller independents would fare in a market of shrinking margins that seemed likely to aid larger players. The expectation was that smaller independents would either be acquired or would exit the market altogether. Even less hope was reserved for those firms that sit in the middle, betwixt boutiques and banks.

But Claude Pech, global head of business development and customer relationship management at Pictet, says that the firm, with its private banking background, is uniquely positioned between “very big players with a factory approach and smaller players that do not have the critical mass to be viable players in this business”.

The rationale is that there are enough fund managers looking for enhanced service quality levels. “Despite low margins, there are a growing number of clients wanting to fly first class in this sector and ready to pay a premium to get the service level they expect,” says Pech. 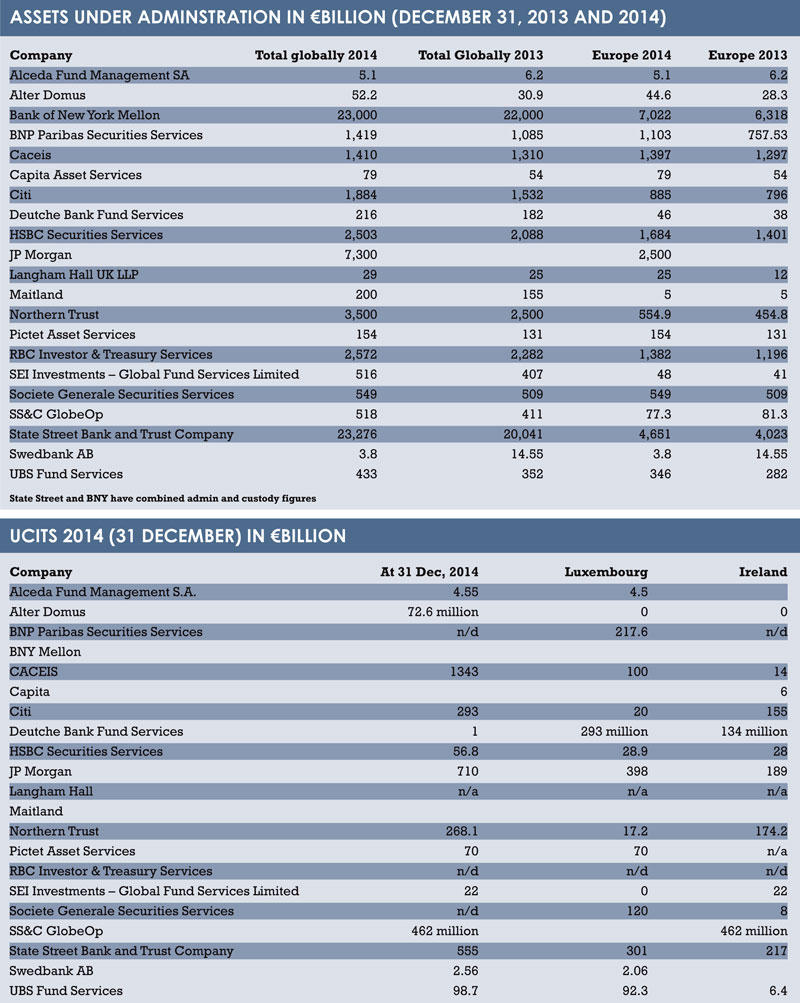 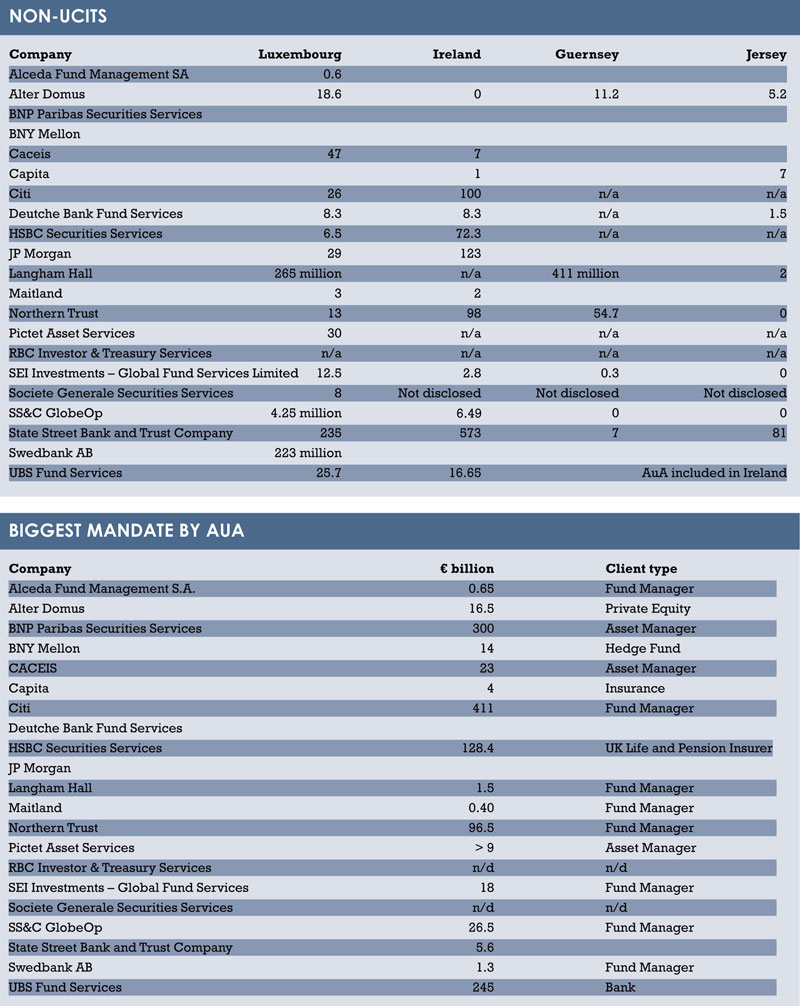