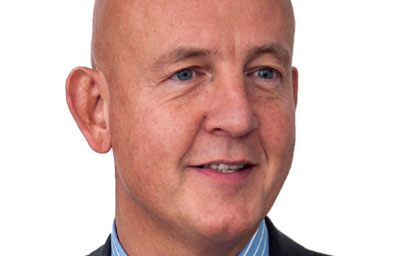 Richard Garland, a distribution head at Investec, thinks financial planners should support a rebateless model, regardless of whether regulators force them to adopt one. Nick Fitzpatrick hears why.

landing in new york on the last leg of an extensive international business trip, Richard Garland, a managing director at asset manager Investec, says he’s sure of one thing: that scrapping rebates is “very much” a European issue.

This view might be at odds with a perspective that sees the ending of rebates – also known as retrocessions or commissions – as a phenomenon exported to the world from Europe by global regulatory creep.

Funds traditionally pay rebates to financial planners, but UK regulators felt this skewed fund selection. Skewing was not in investors’ interests, so the Financial Conduct Authority unilaterally ended them. So did the Netherlands; the EU is following, after a fashion.

Surely the sun will also set for rebates – known more pejoratively as kickbacks – in Latin America and Asia.

Garland, who covers Investec’s Americas, Japan and Asia adviser client group, says his sense from meeting distributors in Europe, Asia and Latin America in recent weeks is that this is not the case and the prime reason is the absence of a regulatory pull.

SWISS MODEL
Though Switzerland sits outside the EU, Garland has seen that some private banks there are looking to create a fee-based platform, where advisers receive a fee rather than a rebate, as is the case for all new advised business now in the UK.

But the Swiss development follows a court battle in 2012 when the Swiss federal tribunal rejected UBS’s appeal against returning rebates to a client. The tribunal said the rebates were not justified, were not in the client’s interest, and the bank shouldn’t have received retrocessions from external asset managers for a client’s discretionary portfolio.

But without regulatory or judicial drivers, there appears to be little, if any, evidence of rebateless business models being created elsewhere, even by the global operators who need them in Europe.

“It’s obvious to me that the effects of the Retail Distribution Review [which ended rebates in the UK] is spreading across Europe and all the major distributors are trying to get ahead of it,” Garland says.

“But talking to private banks in Asia and Latin America, the issue is not even on the radar. All the major distributors in Europe will have a strategy for it, but I don’t see it going beyond Europe for quite some time.”

GOOD FOR THE BRAND
Garland is surprised at this and notes that some private banks in Europe have huge businesses in Asia and Latin America.

“I think it is to do with there being no regulatory push, not even the beginning of it, there.”

He suggests that the thrust of regulation, particularly in Asia, is about product, not how product is distributed.

Garland is in favour of an end to rebates; it would be good for the “brand” of fund management, he says, making costs more transparent. And he can’t see why – except for the pain of getting there – distributors would not want to move to rebateless models independently.

“If you can migrate your business as a private bank to charge 1% on 500 billion of assets, you are no longer dependent on transactions and you know from January 1 exactly what your recurring revenue is. That’s a beautiful business!”

This is all very well, but what about fund management firms themselves? They may no longer have to pay retrocessions, but the trend for fees in a rebateless age is downwards, implying tighter margins. This is due to competition not just between firms, but even between a firm’s own share classes, which also provides an operational friction for them.

“This is not the end. I think what might happen is a super-super-clean share class could end up cheaper than an institutional share class, so it will all come back around to another level of fees eventually,” Garland says.

Though this means lower fees for asset managers, the RDR will also create a better book of business, he says. “The business would be less speculative. Because there is advice being given, there ends up being a better quality of business that is more institutional in nature. This is a good trend for the whole industry.”

Yet it also seems that distributors in Europe, perhaps looking to replace the easy revenue stream from lost rebates, are getting creative. Some are starting to charge fund managers a so-called ‘shelf fee’ if they are selected for the bank’s product menu.

“We are seeing these come into place in Europe … and it’s not just one, but lots of them!”

Though not permitted in the UK, it remains to be seen what will happen to shelf fees under future European regulation.

It is MiFID II, the updated Markets in Financial Instruments Directive, that is chiefly setting the rebate agenda in the EU.

“Some people say the shelf fee is terrible. Obviously it is a cost to the fund manager, but it’s not egregious,” says Garland.

“There is obviously a cost for the distributor to have funds on a platform because they need to have all the factsheets and KIIDS [key investor information documents] up there, so why should the cost not be passed on to the fund manager if it’s reasonable?

“The shelf fees we are seeing are a basis point, or something like that. It’s virtually nothing.”

The ending of rebates is first and foremost meant to benefit the end-investor. Garland is adamant that RDR, for all the concerns about it, does benefit them. Yet if shelf fees (or whatever method the industry finds to pay distributors a form of administration fee) became so high, it would favour larger fund groups.

SIZE MATTERS
Add to this issue the fact there is a heightened sense of regulatory scrutiny among advisers, says Garland, and these factors may impact both fund managers and investor choice adversely.

Garland says one of the biggest trends, which he finds worrying, is that larger fund groups are getting bigger as distributors focus their efforts on offering a smaller number of funds. Partly this is because distributors are being more cautious in their fund selection, sticking with the brands they know.

A further driver for large groups is the problem major distributors have of channeling high cash volumes while limiting how much of a fund they own. Again, this favours large funds.

“It means the industry is potentially going to get polarised. The big get bigger, and the boutiques get left behind,” he says.

Garland estimates there is about an 80% overlap between bank buy-lists. He says the industry norm is for distributors to focus on working with 20-30 fund groups. It raises a question of added-value – though Garland notes that distributors in Asia and Latin America are starting to recognise buy-lists need to be regionally specific.

GRAVITATION
Outsourcing research is an option, he says, if distributors want to create a unique offering. In May, UBS Wealth Management Americas outsourced manager research to Mercer, an institutional adviser.

Yet even where boutiques might be selected, the question of whether they are able to support a global distributor’s footprint arises.

“Eventually it all has to stop. The big get bigger but that’s when performance stops. I’m talking at tens of billions of dollars. It is harder to create alpha when a fund is very large.”

The gravitation to larger managers would be an unintended consequence of regulation. At least Latin America and Asia have a long lead-in time to see what shape an industry without rebates and skewing takes.