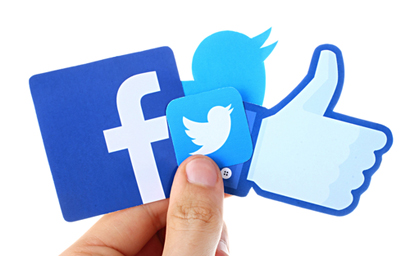 Alix Robertson looks at how the ongoing development of social media is affecting the way one asset manager communicates.

There is no escaping the importance of social media for any business that wants to be successful in the 21st century. With Twitter boasting 316 million monthly active users and YouTube more than a billion users, it’s a case of miss it, miss out.

However, asset managers have not exactly been quick off the mark. Asset Management in the Social Era, a report by asset servicing provider Caceis and professional services firm PwC in June 2013, found that 40% of the 104 asset management groups surveyed were not active on social media. Only 15% of the worldwide sample was judged “truly interactive”, according to analysis of key performance indicators such as the number of posts, likes and followers on social media.

Schroders, which manages £309.9 billion (€437.4 billion) of assets, came fifth in the report’s top 50 asset management groups on social media and was the only European asset management group in the US-dominated top ten. Statistics for the firm shared with Funds Europe in September show that Schroders continues to drive this development in digital technology, currently counting 20,000 Twitter followers across its different feeds.

The firm’s International Media Conference in November 2014 was a further example of digital engagement. Each attendee was given a tablet and encouraged to interact with the event through strategies such as a Twitter competition.

Overall, more than twice the number of tweets were posted than the previous year and more than 80% of attendees were active on Twitter, reaching a potential audience of more than 120,000.

James Cardew, Schroders’ global head of marketing, says: “We see [social media] as part of a wider digital strategy… It is about reaching out to clients who are increasingly using social to keep themselves up to date on what’s happening with products or the markets.”

Cardew believes social media is breaking down the traditional channels of business-to-business and business-to-consumer. “There’s a phrase in the US at the moment which is B2H – business to human,” he says. “I like the idea that you’re looking at everyone as a consumer who happens to be on social media.”

Schroders also uses 60-second video updates to keep its audience informed. These are among the most watched content on its YouTube channel, accounting for around 80% of all video views. In the Caceis and PwC survey, YouTube was the most widely used social media site, with 44% of the asset management sample group maintaining a YouTube presence.

In May 2014, research by advisory firm kasina, a subsidiary of software development company DST Systems, found that while many firms (64.3% of those surveyed) were collecting social media activity data, this information was not being utilised, with only 3.6% integrating it into their customer relationship management systems.

“We’re now trying to systematise it so that more people in the firm can use social media and we can feedback more effectively what does and doesn’t work and give more granular examples.”