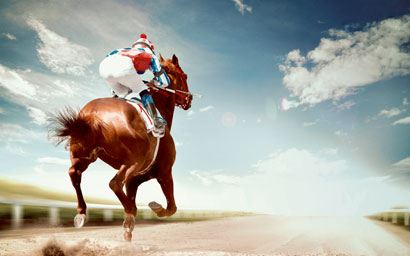 Smart beta has its roots in equity investment but is also making headway in fixed income. Some providers suggest it could even be better suited to capturing bond market factors. Funds Europe explains.

Fixed income smart beta products have been playing catch-up to their equities equivalents for some time. In fact, there are only around 23 smart beta fixed income products out of a total smart beta market of 800. While there are solid historical reasons for this (for one, economist Benjamin Graham identified the value factor in 1936, which spurred on the research into other factors), investors are now looking for answers in the bond market. This is especially important in today’s volatile markets, which has seen large inflows into fixed income due to its reputation as a safer asset class.

Traditional fixed income market cap indices have inherent problems.  An index made up of the most indebted companies or countries simply indicates the size of their debt, not their ability to continue to service the debt, which would reduce default risk.

But in both the sovereign and corporate space, indebtedness is the market cap: the more debt issued, the higher up the index the country/company is. For instance, in the corporate space, General Electric tops the fixed income index, which includes other huge firms such as Verizon and Apple. These multinationals are unlikely to default; Apple sold $12 billion of its bonds in February this year and there was a big appetite for this issuance.

One of the main barriers to the development of fixed income exchange-traded funds using smart beta is liquidity. This is being damaged by increased central bank intervention and tightening regulations.

So if market cap is widely discredited as being a useful way to benchmark bonds, what are the alternatives? In the sovereign space, bonds could be ranked by the nation’s GDP, but similar to the corporate space, the richest countries in the world also tend to issue the most debt. As Kate Hollis, a senior consultant at Willis Towers Watson observes: “it doesn’t necessarily mean you’re linked to the best quality issuers.” Take Japan, for example. It has a debt-to-GDP ratio of 230%, higher than that of Zimbabwe!

Howie Li, co-head of Canvas at ETF Securities, explains why investors are drawn towards the fund. He says investors realise they have to take on more risk to get returns, but market cap weighted funds tilted to the most indebted emerging market countries doesn’t justify that risk.

Li says that the reason his firm’s fund has performed better than market cap and even active funds is that its portfolio isn’t trying to benchmark itself against the market cap. Moreover, it is looking at the fundamentals and weighting it accordingly.

“A lot of the funds exclude China and India, which is a funny thing to do. The reason it’s excluded is because managers find those markets hard to access, but Lombard Odier has the expertise to do so,” says Li.

France’s Ossiam, a pioneer of smart beta investing, took a look at the sovereign side of the fixed income market in 2011 but decided against launching a product. “You [investors] want to be protected in the sovereign space from default but aren’t willing to pay for it,” says Bruno Poulin, chief executive officer of Ossiam. He adds that he saw investors dropping out of Italy when it was down and buying when it was up. Hard to avoid and with the benefit of hindsight, it looks a wise move for his firm to have stayed out of the European sovereign space.

SMART CORPORATES
Tristan Perret, a co-founding partner and head of smart beta research at Ossiam, says that his firm is launching a smart beta corporate bond product later this year. It’s very challenging to design a smart beta product in the fixed income space, he adds, because you face shortfalls that don’t exist in the equities market.

For instance, with corporate bonds, you have the familiar problem of less liquidity that needs to be addressed, and there are higher turnover costs. His firm’s product, unlike some smart beta funds in the market that use strategies straight from the equities space, focuses on bond pricing. Equities have valuations in prices but it’s very different in the bond space, as you can have defaulted bonds and non-defaulted bonds and those bonds with a probability of default that is not present in the equities market.

“We have chosen to focus on the credit spread of bonds, assessing that credit space to the one given by the market together with the bond’s risk of default, working in partnership with a large analytics firm which give us the ability to measure the default risk of those bonds,” says Perret.

IShares, a firm with a dominant position in ETFs, is also making inroads into smart beta. David Gibbon, head of investment strategy in Europe, the Middle East and Africa for the factor-based strategies group at BlackRock, can see some crossover between factors in equities and fixed income.

“The corporate market is nascent but there’s evidence that these factors exist in fixed income and other asset classes. There’s strong academic research that shows they work in lots of different asset classes, they’re common drivers of return in equities and fixed income,” says Gibbon.

One strategy the firm has been applying to the investment grade corporate bond universe is a value and a quality screen to highlight underperformers. It identifies low-value and lower-quality credits in the universe and excludes them from the portfolio.

It is possible to diversify factor risk in fixed income, he adds, by incorporating more than one factor when considering which corporate bonds should be screened out.

IS THERE A FUTURE FOR FIXED INCOME?
There is a world of difference between equities and fixed income and smart beta magnifies this. While companies will have one stock available to buy, it can have a multitude of bonds available at different maturities. Bonds lack a single, centralised trading exchange with publicly available pricing; instead, issues are traded over-the-counter.

As Gibbon says, within fixed income, the primary drivers are interest rate risk or duration and credit risk. Smart beta allows investors to address each of those challenges independently.

While smart beta is a relatively small part of the total investible market, smart beta fixed income is so tiny it barely registers. Providers say clients regularly enquire about fixed income products, so perhaps there is some hope. Equities have had decades longer to meet investors’ needs and, while research into fixed income is expensive, especially for academics, the rewards on offer – to judge from recent large inflows into bond funds – seem worth it.