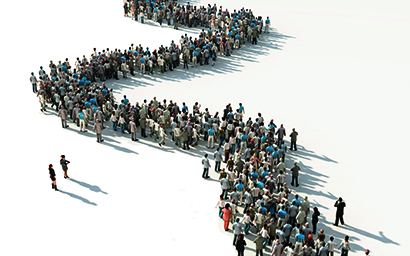 Historically, regulatory constraints surrounding Ucits funds have meant that borrowers involved in securities lending programmes, such as hedge funds, have preferred to borrow assets from other sources.

This may be changing, albeit slowly.

Earlier in 2017, the International Securities Lending Association (Isla) called upon the European Commission to re-examine the rules that restrict Ucits funds from fully engaging in securities lending. The problems were highlighted in a December 2016 Isla report which showed that, although Ucits funds represented approximately 45% of the lendable base, only 15% of those assets were on-loan. Even this was a fall from 18% three years previously.

By contrast, sovereign wealth funds (SWFs) comprised only 6% of lendable securities yet continued to report a disproportionately high 13% of all securities on-loan.

The trend will only become more acute as borrowers continue to move away from less appealing and highly constricted funds to more regulatory-efficient structures with central counterparty (CCPs) models, collateral pledge solutions and termed transactions in the post-financial crisis regulatory world.

“If you look at the Isla figures, you can see that Ucits funds account for just 14% of securities on loan, even though most asset managers are in lending programmes,” says John Wallis, regional co-head of securities lending at Brown Brothers Harriman (BBH).

“They have several constraints that are designed for investor protection, such as a requirement for daily liquidity which SWFs do not have and they cannot re-hypothecate collateral.”

Andy Krangel, director at Citi Agency Securities Finance, also points out that unlike SWFs and other types of lenders, Ucits funds are not allowed to engage in ‘term lending’ – where borrowers are guaranteed use of securities for a defined term – of more than seven days. This prevents Ucits participating in, and capitalising from, the three-month evergreen-type trades that bank borrowers use to meet their Basel III capital requirements.

One issue after another
Moreover, collateral received by a Ucits fund has to be diversified, based on a 20% issuer concentration limit, which can limit trades versus specific collateral types such as Japanese government bonds, according to Simon Waddington, regional head of agency lending business development and relationship management at State Street Global Markets.

Yet another issue is that Ucits can only enter into securities lending and reverse repo agreements if they can recall the assets or cash at any time, which is a problem for any fixed-term transactions.

The issues don’t even end there. “Another problem is that loans to North American borrowers are typically transacted under pledge agreements rather than full-title transfer,” Waddington adds.

This is something that the European Securities and Markets Authority (Esma) has been called upon to clarify, as the situation arises from an interpretation of regulatory languard.

“Although pledge structures are not specifically excluded by Esma’s guidelines, it is implied in the wording and that has been the general interpretation. It would benefit the industry if issues such as this, which do not necessarily impact investor protection, were clarified.”

Typically, margin in securities lending transactions in the European region is handled under a transfer of title arrangement. However, pledge structures, which are common in the US, have become increasingly popular because the ‘haircut’ and the full collateral amount receives more favourable treatment for balance sheet and leverage ratio calculations.

The general view is that the status quo for Ucits will remain unless there is a material loosening of the rules such as the seven-day maturity limits and requirement for title transfer.

“Lending is an ancillary part but not the reason why funds exist,” says BBH’s Wallis. “However, it is helpful to generate extra money outside of the investment process to offset fees and help boost fund performance.”

Although Esma announced it would conduct a peer review on its guidelines for ETFs and Ucits fund, which date back to 2012, securities lending does not appear to be on the agenda.

Isla, though, is pushing for reform and its latest pronouncements to the European Commission formed part of the trade body’s feedback from the Capital Markets Union (CMU) consultation. The CMU is being revamped to reflect the UK’s impending departure from the European Union in 2019, although the overall aim remains the same: to create a deeper and more integrated capital market to lower the cost of funding and strengthen the broader financial system.

In its response, the trade group said there was an increasingly disproportionate imbalance between securities held by Ucits funds that were available for lending and, on the other hand, securities actually on loan. Isla said this showed a “major untapped potential for improving liquidity in the market”.

Isla specifically singled out provisions in the Ucits directive that favour the use of title-transfer arrangements in respect of any collateral received from borrowers. It noted that this had two main impacts: borrowers are forced to look for alternative sources of supply when they preferred to pledge; and Ucits could not consider any central clearing models for securities lending or repo transactions, which often rely on pledge structures.

Isla also believes that the seven-day limit is often at odds with banks who were looking to secure securities, particularly high-quality liquid assets (HQLA), for periods in excess of 30 days as they manage the more stringent liquidity coverage ratios (LCRs) they have to contend with.

“The result is there are fewer securities available in the market to cover potential settlement fails and to support market-making and efficient hedging of risk,” Isla’s experts wrote in a letter to the EC. “In addition, from an investor protection perspective, this takes away fund management efficiencies and could lead to lower returns for end/retail investors.”

Full interaction
Isla is not alone in its concerns. In a speech to the trade group in November, Gerry Cross, the Central Bank of Ireland’s (CBI) director of policy, also addressed the challenges of allowing Ucits funds to interact fully with the securities lending market while remaining compliant.

“It appears that there may be an impression amongst some market participants of a regulatory preference for title transfer arrangements to apply to securities lending collateral arrangements,” he said in the speech.

However, he noted that title transfer arrangements were not mandated by Esma guidelines or by the CBI. Rather, the guidelines (and the CBI Ucits regulations) provide for the possibility of pledge arrangements, with the proviso that the collateral be held by a third-party custodian who is unrelated to the collateral provider and is subject to prudential supervision, he said

Cross added that as the pledge model is already used in the context of derivatives clearing through central counterparties, “it is not clear from where this uncertainty originates”.

The CBI has made some changes to its own rules, most notably regarding the fee splits between Ucits funds and their agent lenders to ensure investors are “appropriately remunerated for lending their assets”, Cross added. “In short, all revenues arising from securities lending transactions net of direct and indirect operational costs should be returned to the Ucits, and these costs and fees should not include hidden revenue,” he said.

“This rule was designed in order to move away from the traditional revenue-sharing or fee-split model to a more transparent and fairer arrangement where the Ucits and investors are appropriately remunerated for lending their assets.” Fee splits, said Cross, were deemed to be “arbitrary arrangements” where, irrespective of costs, a Ucits fund earns a pre-defined proportion of revenues and the proportion often favoured the service providers to the “potential disadvantage of investors”.

Aggressive fee structures have been in the spotlight recently because several US pension funds filed class action law suits in the summer against several major banks (Goldman Sachs, JP Morgan Chase Bank of America, Credit Suisse, Morgan Stanley and UBS) for lost earnings as a result of alleged misconduct in the securities lending market.

Meanwhile, the industry – through Isla – continues to highlight the issue of Ucits lending with the European markets regulator. But with Brexit taking up resources, the industry would be lucky to see this resolved entirely in 2018.