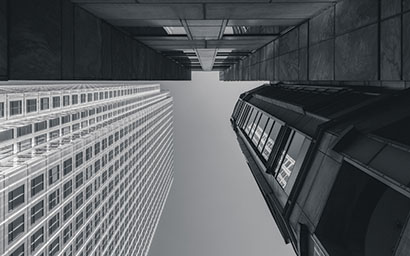 Investment funds in the UK will imminently face greater scrutiny from independent directors and distributors about the value they provide. How are firms tackling this ‘Assessment of Value’ rule?

UK funds are beginning a new era of tougher governance. Independent non-executive directors (iNeds) are arriving en masse on fund boards and their job will be to scrutinise whether investors are getting good value.

The requirement for boards to have iNeds is part of the incoming Assessment of Value regime imposed by the Financial Conduct Authority (FCA), whose in-depth ‘Asset management market study’ partly concluded weak pricing competition exists in the industry.

The new regime for assessing value is part of the regulator’s response.

Funds Europe held a webinar in association with Broadridge Financial Solutions and with the participation of the Investment Association (IA), the UK trade body, to assess the readiness of firms who not only face the challenge of onboarding iNeds, but also of defining what ‘value’ means, how to assess it, and how they can report their evidence to the approval of professional investors.

“Each fund company is going to define value in their own way,” says Devin McCune, vice president, regulatory and compliance, at Broadridge. In fact, there may be different definitions for each fund in the same firm. “An absolute return fund’s value is intrinsically different to an active equity fund, or to a short-term bond fund.”

Seven steps
In the webinar, McCune notes a lack of proscription surrounding the FCA value assessment and suggests the industry would likely evolve common processes. A rule in the US known as ‘15c’, which is similar in concept to the FCA’s Assessment of Value rule, has provided a working model for US managers with funds in the UK – but the 15c rule is not so helpful as to be facsimiled.

So, McCune says, funds must ask themselves what constitutes value for a fund investor. 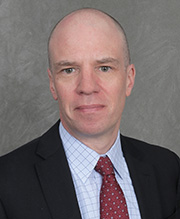 Firms might start by keeping in mind their own market position. Whether they are a specialist boutique with tailor-made customer service or an industrial-scale provider, this may influence how to start approaching the assessment of value at the fund level.

Though not heavily proscriptive, the FCA tries to help by outlining seven criteria from which the industry may develop standard definitions and processes over time. Inevitably, performance will be a key factor in the new regime and among the seven criteria, one known as ‘Range and Quality of Service’ is a suitable place to assess it, says McCune.

The problem is, performance against a fund benchmark may not be enough. Funds may find themselves gravitating towards wider peer-group comparisons too. The process is set to become granular. Even the period of performance that will be assessed is open to question.

One more feature of the ‘Range and Quality of Service’ criterium that some firms have identified, says McCune, is around response times to investor enquiries – which “can be difficult” due to mixed client preferences for online or paper responses.

A cornerstone of the regime
‘Cost of Providing Services’ is another of the seven criteria. As with performance, cost scrutiny will inevitably be part of the Assessment of Value regime, but, McCune adds: “That’s not to say that a fund that has higher relative cost does not provide value.”

Some funds will, of course, be more expensive than others – for example, absolute return funds, or funds providing a volatility overlay could be at the higher end of the cost spectrum but still provide good value.

McCune describes the ‘Cost of Providing Services’ criterion as a cornerstone of the regime and one that could also become challenging if the industry – perhaps pushed by their iNeds – decides to produce comparisons between the myriad share classes that exist. Again, this may not only be between funds at the same asset manager, but at the inter-group level.

But he adds that some companies plan to publish transaction costs “for information only” rather than as a key feature in determining value. “I think most fund companies will go for the ‘ongoing charges figure’ and performance to fully understand their value,” he says.

‘Data paralysis’
Funds approaching their year-end soon will be the first of the funds to fall in scope with the Assessment of Value regime. Between producing their year-end accounts and the subsequent publication of the new Assessment of Value reports, funds will have four months. It’s a period that will go quickly, says Peter Capper, the IA’s fund and investment risk specialist.

“It’s important to remember that once funds reach their accounting or reference dates, they will only have four months to gather data, hold board meetings and produce their assessment of value reports and sign them off. Four months will go very quickly in this process,” he says. However, at least reports do not have to be audited by third parties, he adds.

Capper confirmed that competition law constraints prevented the IA from creating any standards such as reporting templates ahead of the first reports being issued.

But where the IA can support firms is with the IA investment fund sectors. These sector groupings are used by some managers as a basis for their fund-value benchmarking process.

The IA fund categories have been a starting point for many firms that are advanced in their Assessment of Value preparations. As some of the categories contain diverse funds – for example, ‘Multi Asset’ - McCune says some firms are using IA sectors and fine-tuning them with other data to identify funds that are more directly comparable, perhaps due to shared characteristics like the level of emerging market exposure.

Importantly, different characteristics among funds of the same category might even mean that a highly active fund’s underperformance is not a sign that it provides lower value than a less actively managed fund that is above its benchmark.
The underlying organisation of data to support value assessments is a problem for firms, the webinar audience heard.

“One of the biggest challenges the funds industry faces, apart from onboarding and working with iNeds, is about what data should be considered among all the data that is available – different performance measures; which time periods to look at; different costs and charges information – and then breaking that out by different share classes,” McCune says.

And he warns that data abundancy could lead to “paralysis” if data is not assembled in the right manner.

Listen to the Assessment of Value webinar, hosted by Funds Europe in association with Broadridge Financial Solutions, at our Webinar Channel.