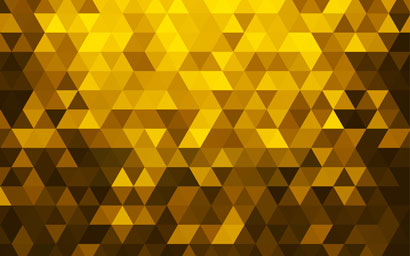 After half a decade in retreat, some analysts questioned whether gold would ever recover. But a chain of macroeconomic events has panicked investors, so Kit Klarenberg investigates whether the precious metal is finally salvaging its lost lustre.

In November last year, UK wealth manager Tilney Bestinvest announced it was adding physical gold exposure to its multi-asset portfolio range. Reaction from many analysts and pundits bordered on derision.

Their pessimism was understandable: gold is renowned as a defensive holding that mitigates inflation, market volatility, and falls in other asset classes – given the milieu of the time, the asset seemed to be a remedy for a clutch of absent diseases.

At that point, inflation hovered around zero globally, a bullish US Federal Reserve was preparing to raise rates for the first time since 2006, asset prices were high and rising worldwide and the eurozone and emerging markets alike were widely forecasted to return to growth. Gold prices had fallen precipitously in recent years, and there was little suggestion the asset’s fortunes would imminently improve.

Fast-forward to today, and the firm’s vigilance seems positively oracular. A cocktail of economic and fiscal discord the world over has triggered a fresh gold rush; since January this year, prices have risen 20% in US dollars and many dedicated funds, such as BlackRock Gold & General and Ruffer Gold, have posted triple-digit gains.

A LOAD OF BULLION
While these figures look impressive, they are in fact modest improvements. Gold prices remain well under their heady 2011 peak of €1700 an ounce, and funds have ascended from a very low base; Gold & General, for instance, fell by 65% between January 2011 and 2016, its assets under management dropping from over €4.2 billion to under €830 million.

This may mean gold’s recent recovery isn’t such a surging success story, but the obvious flipside is the current upward lift may have a lot further to go. That’s the view of Joe Foster, portfolio manager at VanEck.

“The current resurgence of gold isn’t an anomaly, or a flash in the pan – it’s entering a bull market that will endure for the next three years at least. Central bank stimulus measures are having a damaging effect on the value of paper currency, and pushing up the price of stocks, bonds and real assets while driving returns down – gold is an ideal way of preserving the value of capital in these circumstances,” he says.

“Moreover, if the global economy enters a new downturn, we could see gold continue to rise for the next decade or more.”

If Foster is correct, then the precious metal’s relatively low price at the moment could represent a golden opportunity for investors who wish to equip their portfolios with an insurance policy against the fragile climate of today.

Suzanne Hutchins, global investment manager of Newton Investment Management, believes that in an environment of increasing paper currency devaluation, debasement and volatility, investing in a monetary asset outside the current credit-driven financial system is a vital source of diversification.

“As we enter into increasingly untried monetary policy measures, we continue to feel that allocating a certain proportion of our clients’ assets to an asset which cannot be printed or created remains the right thing to do,” she says.

For those wishing to strike gold while the iron’s hot, a number of options present themselves. The most direct way to invest is to purchase it in physical form, but this can’t be held in a fund, and many will be deterred by the outlay involved.

A 100 gram ingot still costs around €4,100 today, although the costs don’t stop there – owing to its value, it should be insured with a specialist policy, and preferably stored at a high-security facility.

In any event, there are a number of alternatives. Gold ETCs, the commodity equivalents of exchange-traded funds, aim to mirror the asset’s price. Nitesh Shah, economist at ETF Securities, favours them as a low-cost and accessible means of investing in gold – but says prospective buyers should always look under the bonnet before they buy.

For instance, some gold ETCs are leveraged – meaning losses could exceed the original investment if gold’s price drops and others actively short the price. Some won’t be comfortable with the former, while the latter should be of no interest at present.

“The market outlook is very positive, and there’s plenty of upside potential. Net longs of gold are at an all-time high, and futures are significantly up too – these are good indications the market’s uptick will maintain – and that short gold ETCs, which have performed negatively ever since the start of the year, will continue to do so,” Shah says.

Still, while a comparatively inexpensive way of investing in gold, physical ETCs likewise cannot be held in a Ucits fund.

“This may be problematic for investors who want the levels of risk monitoring, transparency and investor protection that standard guarantees,” says Danny Dolan, managing director of China Post Global.

GILT COMPLEX
Furthermore, any investment in physical gold will pay the investor nothing in return. Peter Sleep, senior portfolio manager at Seven Investment Management, considers physical gold an “anti-investment” on this basis.

“The only hope gold investors have of making a return is to sell their holdings on to a bigger sucker than themselves for a profit,” he says.

Gold’s non-yielding nature is a common criticism, but for Ole Hansen, head of commodities at Saxo Bank, the strength of this argument has been greatly reduced recently.

“An ever-increasing proportion of secure bonds are now trading at very low or even negative yields. This global yield compression has led to the stock market becoming the new bond market, with dividends a substitute for yield,” he says.

In short, few other investments are paying an income currently either – and gold is significantly less likely to eat away at the value of investors’ capital than available alternatives.

For Dolan, the answer to both these quandaries is to invest in gold miners, which can be accessed via passive and active Ucits-compliant vehicles.

“Gold mining stocks are correlated to the gold price, particularly companies that don’t hedge production – they also come with income potential, as we’ve seen several of the major gold miners recently announce they are resuming or increasing dividend payments,” he says.

Ever the cynic, Sleep is highly disparaging of miners. He questions the correlation between their fortunes and the gold price, noting their share prices have typically trailed gold on the way up, and fallen further on the way down. “Gold miners are a horror show – Goldcorp, the largest gold mining stock, dropped 68.8% between September 2011 and 2015, while the price of gold fell 20%. The iShares Goldminers ETF fell 71% in the same period – conversely, the FTSE rose 40%,” he says.

Foster responds that gold miners have sharpened their collective act up in recent years, with most major companies under new management.

“They’re keeping debts and costs down, their approach to shareholder remuneration has improved, and their capital allocation is generally much better – and they’ve spent so long out of favour that their valuations are generally attractive. As with gold itself, prices have risen recently, but from a low base indeed,” he says.

It’s become tautological to state the post-financial crisis world is a highly uncertain age in which investors can be sure of nothing. However, a sizeable number of investors seem positive that gold is the place to be at present.

Hansen notes almost €20 billion has been allocated to gold ETCs so far this year, with buying continuing even during months the gold price corrected.

He suggests this is an indication that buyers are long-term investors, unfazed by short-term price volatility.

In truth, this shouldn’t surprise, as uncertainty is precisely the environment in which gold has historically flourished. While the days of the gold standard may be long gone, most nation states still maintain reserves for long-term financial security. It seems entirely reasonable for institutional and retail investors to do the same.

2020 has been challenging year for the alternative investment funds sector. The Covid-19 pandemic has created volatility and uncertainty,...