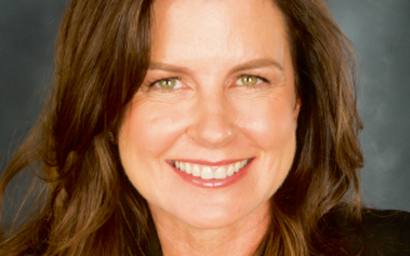 When Old Mutual Asset Management expanded its global distribution three years ago, the top job went to Linda T Gibson. As she tells Nick Fitzpatrick, her background in business is unusual for such a role.

What sort of salesperson fits in best at a multi-boutique firm, where the patter can flip from US equities one moment to investing in timber the next?

At Old Mutual Asset Management (Omam), the preferences are for professional qualifications or seriously scientific degrees, according to Linda T Gibson, head of global distribution and the woman to whom the firm’s salespeople report.

“Three years ago, we identified the type of individual we needed, based on our boutique business model. Most of them have CFAs, or strong degrees like chemical engineering. They are smart people,” she says.

Why did Omam do this? Because in 2011, it initiated a global distribution plan into its predominantly US-weighted business. The company, which floated some of its shares on the New York stock market in 2014 but remains part of the London-listed Old Mutual Group, is attempting to diversify its client base.

The focus of the distribution initiative is still on institutional markets, but the company wants Europe, Asia and the Middle East to take a bigger slice of the assets-under-management pie chart.

The sales people within the global distribution team have seven affiliates, or boutiques, to sell on. These include Omam’s quant-orientated Acadian, which offers global equities as well as other assets; the value US equity house, ICM; Heitman, a real estate manager; and Campbell Global, which invests in timber and other natural resources.

Gibson adds: “[The salespeople] need to talk with clients and  arrive at solutions for them, which is what a multi-boutique should be able to do.

“Our people have to be team players and share leads with affiliates – they cannot be territorial.”

They also have to report to Gibson, seeing as she’s in charge of distribution. Yet, notably, Gibson does not have a sales background herself.

EXCELLENT FOUNDATION
Gibson is the sole woman in Omam’s five-strong executive team, headed by Peter L Bain, president and chief executive, who joined Omam in 2011 and took the firm down the institutional route of multi-boutique global business development.

At the time Bain joined, Gibson – who has an operations and legal background – was interim chief executive while continuing in her then main role as chief operations officer (COO).

“A lot of people will take their top sales person and make them head of sales, but Peter Bain thought more broadly and put me in this role. He realised that my intimate knowledge of the multi-boutique model coupled with the fact that I knew the affiliates and they knew and trusted me, gave me a distinct advantage in building a global distribution structure that the affiliates would buy into.”

Gibson says that previous roles from general counsel to COO have given her “an excellent foundation” on which to build a distribution team.

“After all, when it comes down to it, my current role is really a global business expansion role and something I’m suited for.”

Gibson is a graduate of Boston University School of Law and has a BA in maths. She has previously worked as a lawyer for Signature Financial Group, specialising in US ’40 Act mutual funds which had her “marketing and seeking approval from regulators for a new invesment fund structure throughout Europe”. She then moved to become general counsel at Omam in 2000.

It is now four years since the firm defined its institution-led, global distribution push. During that time, it has carried out management buy-outs in six of the seven affiliate managers it currently works with; it operates profit-sharing arrangements with all seven.

The global distribution initiative started by seeking to enhance the the affiliate managers’ existing coverage in suitable countries and channels.

Omam identified jurisdictions with strong growth prospects and high product demand, where there were “reasonable vehicles and low barriers to entry”. Omam mapped its products across these channels and checked for factors such as track record.

Its US assets under management (AUM) have stubbornly stayed at 80% or above since 2013, but reduced slightly to 79% at the end of June.

Gibson says: “Generally, we think it will take us two or three years for a jurisdiction to get traction, although sometimes we see earlier successes.”

Omam launched into the Middle East more than a year ago and into Asia about two-and-a-half years ago. Gibson says Omam made “several big wins early on” in Asia and that strategies such as global equity, real estate and timber were in demand.

Net new money has seen volatility in terms of flows. Net cash from clients in the three months to the end of June 30 this year totalled $0.8 billion, down 77.8% on the $3.6 billion for the same period last year. But crucially, flows out are from lower fee business and so relatively more annualised revenue has been created.

Assets under management increased by 5.4% over the 12 months to the end of June, including a 1.2% increase in the most recently reported quarter. Perhaps this is because relative investment performance has been good. Gibson says Omam’s affiliates delivered solid organic growth in the six months, with core ‘economic net income’ up 13% compared to the same period last year.

As of June 30, 70% of Omam’s strategies outperformed for a one-year rolling period on a “revenue-weighted” basis, about three-quarters of it did over three years, and 89% outperformed over five years.

From all-cap US equities to forests, Omam’s collection of boutiques has a diverse offering, but Gibson acknowledges growth equities, alternative credit and infrastructure would be useful additions.

Perhaps these, and private equity and traditional hedge funds, will be the focus of future management buy-outs – and more for Omam’s salespeople to get to grips with.