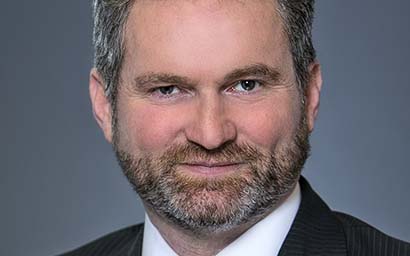 Best execution within securities is an area where MiFID II is having a major impact. Gerard Walsh of Northern Trust Capital Markets joined Funds Europe to discuss this and other developments.

A year ago in the asset management industry, the cost of preparing for the updated Markets in Financial Instruments Directive stood at millions of people hours and dollars. When the regulation finally hit in January, implementation went more smoothly than expected, yet MiFID II’s impact is still hard to overestimate.

Gerard Walsh, head of business development, institutional brokerage at Northern Trust Capital Markets, sees it as the biggest change in European capital markets since London’s ‘Big Bang’ in 1986, because it introduced changes in practices and procedures at every point in the life-cycle of an investment decision. “It’s like the preparation for the Year 2000 bug. It took ten years to prepare for MiFID II, but the January 2018 implementation appeared to be quite smooth,” he said in the recent Northern Trust Capital Markets/Funds Europe ‘Comprehend, Comply, Compete’ webinar on MiFID II.

Of course, there were some hiccups along the way, notably the last-minute mass U-turn by fund managers who had originally intended to charge costs for securities research to clients – something that had happened in the past but which contravenes the spirit of MiFID II (though it is not against its rules).

“It had always been the case that research and execution had been charged to the fund,” said Walsh, who joined Northern Trust in 2016 and was also with fund manager Schroders for a decade in operational, project management and client coverage roles.

The greater transparency that MiFID II imposes on the industry to show how research is paid for is simply an evolution, he added.

“I think there was an expectation on the buy-side that they would simply disclose fees more clearly and coherently than in the past. A big change of direction came late - the move to pay for research directly from asset manager P&Ls, rather than as a charge to the funds asset managers run.”

Of course, as with all EU directives, where you stand depends a little bit on where you sit. Implementation has been uneven, and it is perhaps ironic that the Brexiting United Kingdom distinguished itself by implementing MiFID II in full.

“In other markets, MiFID II has been implemented in different ways, and in some cases it has not been implemented that rigorously at all. Southern Mediterranean countries are at a different point in their implementation than we are here in the London market.”

And, of course, jurisdictions outside the European Economic Area, where MiFID II will hold sway, are also affected by the direction. In response to a question from the webinar audience about the directive’s reception in non-European jurisdictions, Walsh said a client of his “far from Europe” had not missed the opportunity MiFID II presented to cut the budget for securities research.

“MiFID II has been well observed outside the MiFID II zone. I wouldn’t be surprised to see unbundling slowly but surely move across the entire globe. We’ve seen some analysis that suggests as much as 80% of the research and execution commission world, including and excluding the MiFID II zone, has moved towards some form of unbundling,” said Walsh.

Whether that unbundling will erase conflicts of interest is another matter. Such conflicts are a constant feature within financial services, Walsh said. Unbundling the relationship between research and execution makes it easier to spot and manage them in the areas of ideas generation and execution, but total erasure is perhaps too much too hope for, he added.

“Erasing conflicts of interest is a valid end goal. MiFID II helps but it doesn’t go all the way to erasing them.”

Execution still less clear
Looking at securities execution, rather than research, the impact of MiFID II is harder to assess – partly because the changes that the new regulation created for dealing in securities didn’t happen immediately. The European Securities and Markets Authority – Europe’s financial markets ‘super-regulator’ - delayed the implementation of rules for dark pools and so-called “large-in-scale” (orders larger than normal), and for certain planned liquidity caps, until about four months after MiFID II’s implementation.

“Large-in-scale has introduced new data analysis into the pre-trade cycle, before a trade is executed,” Walsh said – which is good in the sense it has resulted in better and cleaner data, one of the aims the regulator wanted to achieve in the interests of market stability.

Dealing falls within the discussion of ‘best execution’. This is another key focus of MiFID II, though it predates it by some years. That said, the regulation has made a tangible difference in Walsh’s view. “For a long time, statements about best execution were table stakes,” he said. “MiFID II has made best execution more real.”

Better data and “better-quality conversations” now exist within execution processes. But it is important to remember that best execution is not just about price (MiFID II lists 11 factors). What is more important is the justification behind an execution decision, and here the skill lies in being able to interpret the numbers.

“Outputs from order-management and other execution systems are starting to normalise around the core,” Walsh said. “What’s not yet normal or core is someone’s ability to interpret what that data is telling them.”

Which brings us to the question of who is best placed to do that. For some firms, such as hedge funds or high-frequency traders, execution is part of how they generate alpha, but for others it may make sense to outsource what is a costly operation.

“Cost pressure, fee pressure and fee-transparency pressure are bearing on the asset management industry,” said Walsh. “That cost pressure will encourage CFOs, CIOs and CEOs to look at their cost base and think very hard about what is core to the activity that they want to perform for their clients. In most cases, they want just to manage money.”

The MiFID II story has only just begun and by 2025, the landscape will look very different, Walsh said. He maintains that for a trading and execution outsourcer like Northern Trust Capital Markets, the marketplace is heating up due to cost pressures within fund management companies. The full scale of the change will perhaps only be felt when the market moves from “comprehend and comply” to “compete”.

“That’s still to come,” he said. “Competition will come in different ways. Outsourcing trading and execution becomes a competitive advantage. Elsewhere, there is still a plethora of research available in the marketplace, but a shortage of good ideas. We will see firms focus on ideas that will make money for their clients.” fe

The full webinar can be found on our Webinars Channel.