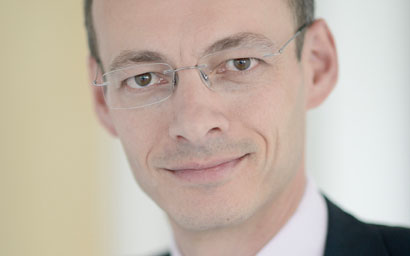 Guillaume Eliet of the French financial regulator, the AMF, tells Nick Fitzpatrick how cross-border fund distribution could be improved – a topic the French industry has a particular interest in.

Sales simply don’t get the same traction among foreign retail investors as they do at home.

The Commission recently consulted on ways to clear the blockage in cross-border fund distribution. Brussels says a more fluid distribution would help finance European economies and offer consumers more choice. It would also increase the assets under management of European firms, which trail their US competitors.

In its consultation (which ended in October), the Commission highlighted certain frictions in cross-border fund sales, such as “special administrative arrangements” that some countries place on foreign funds. Also, there are marketing restrictions, regulatory fees and differing tax regimes.

A real problem in cross-border friction according to Guillaume Eliet, head of the regulation and international affairs department at the AMF, the French financial regulator, manifests at the customer level.

“Retail investors don’t want to subscribe to foreign funds. For instance few French retails invest in German funds and Spanish retails rarely invest in French products, and so on. This is all because investors are not confident enough about fund supervision,” says Eliet.

He adds: “The EC’s approach to this is not wide enough. They think it’s a question of offer; we think it’s also an issue of demand.”

The AMF has called for the role of regulators to be “enshrined, as a necessary condition for retail investors to buy European products with confidence”.

The emphasis here is on retail investors feeling confident that their own regulator has control. “There’s a need for local supervision for foreign funds marketed from other countries,” says Eliet.

He wants local regulators to have powers to approve fund documents – but the documents he refers to are not the legally hefty ‘key investor information documents’ or the fund prospectuses that home-country regulators approve and which are then ‘passported’ to other EU states. The AMF’s focus is on basic marketing materials, such as adverts and fliers.

“These are not legal documents, but they are the documents that investors use to make their decisions.”

FRENCH SUCCESS
The AMF call comes not only as the EU seeks better cross-border distribution, but also at a time when the French funds industry seeks to become more global. In February this year the industry, with AMF support, set up a working group – called French [Routes & Opportunities] Garden, or ‘Frog’ – which recently made recommendations. The AMF also recently launched ‘Agility’, a programme to attract UK asset managers and fintech firms to base themselves in Paris – a timely measure as UK managers ponder their future in Europe in light of Brexit, though the AMF says Brexit was not a factor.

Given these attempts at expanding its general presence in other markets, it is notable that French fund providers have already been relatively more successful than providers from other countries at penetrating EU markets (with the exception of the cross-border giants of Luxembourg and Ireland).

Using Lipper data from April 2016, an AMF academic report shows that in Spain, French funds had a 5% market share – more than the UK and ‘Others’. In fact Spanish funds themselves only had a 19% market share, with the bulk of funds coming from Luxembourg.

In Italy, French funds had a 6% market share when Italian funds only managed an 11% share of the market.

French funds sold in France had a large market share, at 44%. It might be taken for granted they would have, but in Germany, Spain, Italy and Belgium, more than half of the funds available were from Luxembourg, and also significantly from Ireland. Luxembourg’s footprint in France was smaller, at 38%.

Nevertheless, the AMF writes in its academic report (called ‘Cross-border distribution of Funds in Europe: identify the real barriers and enhance investors’ confidence’) that “the French market features high penetration by products from other European countries” – presumably a reference mainly to funds from Luxembourg and Ireland.

The academics who wrote the report found there were 7,500 funds from Europe authorised in France. Of these, 6,700 were retail Ucits – yet in comparison there were only about 6,500 French retail funds.

On the one hand, this might show how open the French market is to competition and also illustrates some cross-bordering success in the EU. But France wants its managers to have the same access in Europe and beyond. French firms gained a total of 634 European passports in 2015 – but there were still more funds gaining passports into France: 921.

“We have to promote digital distribution, but it’s once again a question of supervision because platforms act under MiFID ‘freedom to provide a service’ rules and all powers are with home regulators. We want a situation where the host regulators can step in.”

Banks tend to favour their own in-house manager products and this structure makes competition difficult for foreign managers competing in countries where there are large domestic asset managers from banking groups.

It seems like some firms almost give up on cross-border marketing.

“Forty-six per cent of French funds and 80% of German funds are passportable – so this is great. But what’s an issue is that, although funds get authorisation, the firms do not market them,” says Eliet.

He adds that European regulations should not be detrimental to platforms and open architecture. And this is where France differs from the UK over the matter of inducements.

“If inducements for non- independent distributors had been banned in Europe, this would have certainly reduced open architecture. We are happy that the European legislator finally tackled the conflict of interest and transparency issues by putting strict conditions to distributors receiving inducements. A ban would have made it worse.”