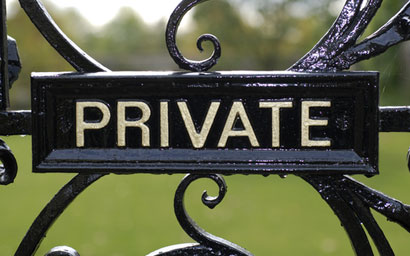 Bfinance, a consultancy, found over two thirds of the 120 wealth management firms surveyed had added new asset classes for clients in the last three years, and 52% said they would add more in the next two years.

The research found that 60% now provide exposure to private equity and that 61% had increased allocations to private assets.

At the same time, allocations to fixed income fell, with 63% of the wealth managers cutting exposure, though allocations to listed equities increased, with 66% of firms upping their investments.

However, as well as “only a minority” of the wealth managers looking to increase equity exposure in the future, the amount of investment in passive funds was also slowing. Some 21% said they’d increase investment in passive strategies in the next two years – but this compares to 50% who had done so in the past three years.

Running concurrent to this finding is an increased sentiment for liquid alternatives, including hedge funds.

The survey also found that 10% of the wealth managers had “no intentions” for ESG investing, but the rest did have ESG in development, including 55% who were expanding ESG integration across their whole client assets.

Kathryn Saklatvala, head of investment content at bfinance, said there was a significantly higher usage of strategies such as private equity, infrastructure, private credit and hedge funds than had been seen in other studies, and far more widespread integration of ESG factors into investment.

The other alternative strategies that the research highlighted expansion into were emerging market debt and private credit, each with 52% of respondents saying they offered these strategies now; and 48% saying they used infrastructure and 42% providing access to hedge funds.

“These capabilities have clearly evolved a great deal in recent years, supported by the development of in-house teams and the growing use of external asset managers. Wealth managers are under real pressure to create high-value, differentiated product offerings as well as find new scale-driven efficiencies that can support profitability— the market is increasingly competitive, and this report highlights significant downward movement in fees,” Saklatvala said.

Possibly the most widespread current trend among wealth managers is the introduction of new technologies, she added. The research found 87% had added new technologies for clients to use within the last three years.