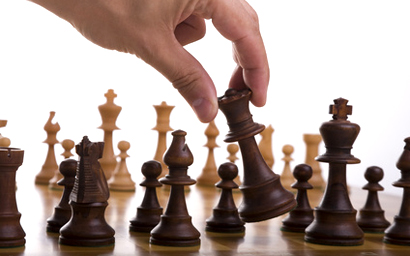 Ethnic diversity in business has come into the spotlight again, as investment managers call on FTSE 100 companies to reveal the ethnic make-up of their boards.

Nearly three-quarters of FTSE 100 firms failed to report how ethnically diverse their boards are during this year’s annual general meeting season, according to data from the UK’s funds trade body, the Investment Association (IA).

The IA highlighted that investors have previously requested that companies be transparent about the ethnic make-up of their boards, as well as gender diversity, but the majority of FTSE 100 companies are failing to do so.

This lack of information is preventing investors from holding companies to account regarding ethnic representation at board level, the IA said in a statement.

Chris Cummings, IA chief executive, said: “FTSE 100 firms are falling far short of investors’ expectations when it comes to reporting the ethnic diversity of their boards.”

He added that good progress has been made regarding gender diversity in the work place, but not enough is being done to address ethnic under-representation in businesses.

“Companies now need to take urgent action and report on ethnic diversity on their boards. Those who fail to do so will find themselves under investors’ spotlight,” he said.

According to the UK government-sponsored Parker Review, FTSE 100 boards are expected to have at least one director from an ethnic minority background by 2021.