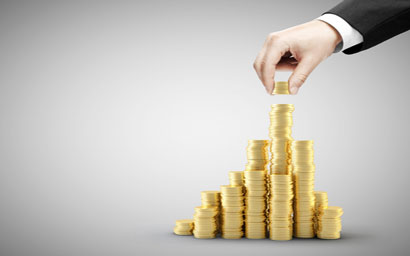 Collectively, payouts increased by 4.2% year-on-year to £1.88 billion (€2.1 billion) - despite UK and global dividends falling 38% and 12.2%, respectively, according to data from Link Group.

The data has been used to display what some see as the strength of the trust structure.  “For those investors looking for reliable, regular income, 2020 was a timely reminder of why investment trusts should be a core part of their portfolio,” said James de Sausmarez, head of investment trusts at Janus Henderson Investors.

He added: “Unlike open-ended funds, investment trusts have the ability to save income in a revenue reserve in years of plenty and then dip into it in those rainy-day years to at least maintain and often increase the dividend for shareholders. 2020 was just such a year.”

As the pandemic hit, Link calculated that trusts had held back £1.6 billion that could be used to support dividend payouts during the crisis. These reserves were said to be key to investment trust success.

During the crisis months of April to December – at the height of the pandemic – more than three quarters of trusts investing in equities raised payouts or held them steady, the Link report highlighted.

According to Susan Ring, CEO of Link Group, the more internationally diversified trusts are, the less they have been exposed to the steepest dividend cuts.

“Global trusts have big reserves and have seen a relatively small reduction in the dividends paid to them by the companies they hold,” she said, adding that continued dividend growth is likely in this group.

“Asia-Pacific and Japanese regional trusts are focused on parts of the world where the economic impact of the pandemic has been less severe so these too should hold relatively firm.”

Among the regional trusts, emerging markets and Japan were the best performers. Trusts focused on Europe, however, were less successful. Large cap European trust dividends fell by 18% as after April three quarters of trusts in the sector cut their payouts.

As European trusts cut early, no further significant downside is expected from their side, but trusts focused on UK equities are said to be more vulnerable.

“They still enjoy the cushion of long-accumulated reserves, but prudence suggests some cuts are likely as dividends from UK companies are going to take some time to regain previous highs,” said Ring.