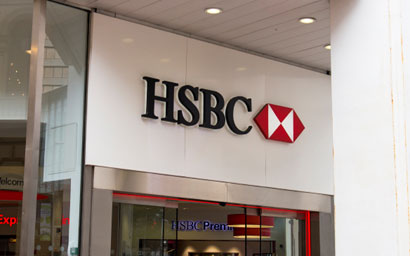 HSBC’s annual results this week showed a large fall in profitability. The cause was centred more on its banking business, while numbers were more positive for activities related to investment funds.

The bank, which owns HSBC Global Asset Management, saw an increase in assets under management of 14% to $506 billion (€467 billion), the company reported.

The amount of net new money to the asset management division over the year was $30 billion. HSBC described this as “strong”. It compared to just $8 billion in 2018.

HSBC Holdings on Tuesday reported a 33% fall in profit before tax to $13.3 billion.

Adam Vetttese, an analyst at investment platform eToro, said: “HSBC’s annual results today [18th] were expected to make for uncomfortable reading, but few – if anybody - expected profits to be down more than 30%.

“The bank has taken drastic measures today, including plans to shed £77 billion of assets, 35,000 jobs and slashing the size of its investment bank, as it bids to return to growth.”

The coronavirus pandemic has spurred companies to upgrade their digital capabilities, boosting productivity and...

Putting ESG at the heart of institutional banking services

Robeco finds next CEO from within own ranks

Karin van Baardwijk is to be the next chief executive officer of Dutch asset manager Robeco, taking up the role in January 2022 and succeeding Gilbert Van Hassel.

Opinion: The future of asset management will be highly scientific

John Legrand, a regional CEO at fund administrator IQ-EQ, says a “holy trinity” in asset management that includes alternatives and ESG is becoming more vital and changing the face of the industry, partly by making it more scientific.

Fees paid by retail investors who invest in funds with ‘clean’ share classes have significantly dropped since 2016, research shows.